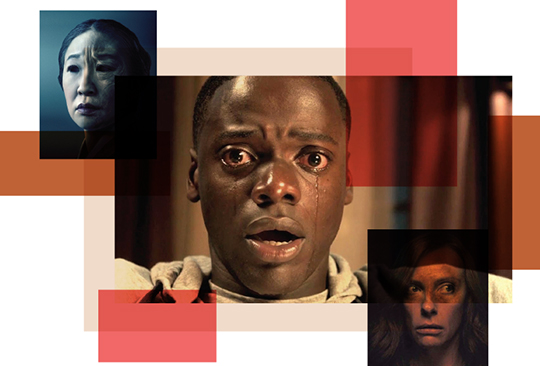 Description: Through an in-depth look at how religion is entangled with horror and simultaneously produced within culture, we will see how they use similar languages and how each possesses the narrative potential to transform our lives and culture.

In this course, De’Anna Daniels, a Ph.D. candidate in religion, introduces students to horror and religion and how they mutually manifest each other. The course content derives from Daniels’ dissertation, which examines the entanglements between Black religion and horror in popular culture. Daniels’ religious background also inspired her to study this intersection.

“I was raised deeply religious,” said Daniels, who holds graduate degrees in divinity and theology. “I was [also] really scared of watching horror films, and I was trying to figure out why. I realized that built into the fabric of Christian education and faith formation, horror was always the backdrop. Our understanding of the scripture and of apocalyptic literature is deeply grounded in our spiritual understanding of what is monstrous and what is evil.”

Students watch several films in class, including “Get Out,” “Umma” and “Hereditary.” They also write their own fictional horror stories, which range from slasher horror to Gothic slow burners and retellings of biblical narratives.

Caroline Snider ’26 took this class after taking theology classes in high school, where she also learned about the world around her through the lens of religion. “I like pointing out the cracks of religion or their lurking monsters. I feel like horror movies are a very accessible mainstream entertainment source, and I love taking mundane things and looking way too much into them.”

Class discussion lends itself to issues of race and culture, especially in Black horror, a genre grounded in being perpetually seen as the monster. “It reconfigures how you think of God and humanity. What if white supremacy is actually the monster? It makes you think through these questions in larger, more expansive ways,” said Daniels.

Ultimately, Daniels hopes that students gain the confidence in their ability to find themes on their own and articulate them to their peers. “I’m invested in them staking their own claim. They’re creating legacies with their own words. And I think that’s the most valuable skill.”