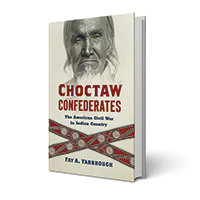 For many of us, the Civil War conjures up images of white men in blue and gray uniforms, fighting over slavery. But as Rice history professor Fay A. Yarbrough writes in “Choctaw Confederates,” other groups besides white Northerners and Southerners were drawn into the fray. Several American Indian nations, including the Choctaw Nation, sided with the Confederates. And as Yarbrough reveals, they weren’t halfhearted supporters but deeply entrenched allies. Choctaw leaders went so far as to declare any criticism of the Confederacy a form of treason against the Choctaw Nation, punishable by death.

Why was the tribe so committed to the Confederate cause? Yarbrough, who is also the author of “Race and the Cherokee Nation,” posits that while sovereignty and states’ rights were important to Choctaw leaders, so was slavery. The Choctaw had been active participants in the slave trade since as early as the 1720s, and by the 1800s they relied on enslaved people for both agricultural labor
and as English translators. At the start of the Civil War, enslaved people of African descent made up 14% of the population in the Choctaw Nation. “Ironically, given the history of removal, 19th-century Choctaws were far more ‘southern’ than their white contemporaries realized,” Yarbrough writes. 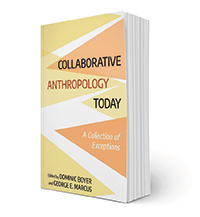 It’s no accident that “Collaborative Anthropology Today” is a joint effort. The essay collection, edited by Rice anthropology professor Dominic Boyer and University of California, Irvine anthropologist George E. Marcus (formerly a chair of anthropology at Rice), explores how collaboration can elevate anthropological research — and why individualism has dominated the field for roughly half a century.

In the late 19th and early 20th centuries, Boyer and Marcus write, anthropologists routinely collaborated with each other and with other scientists, from linguists to archaeologists to historians. Those collaborations led to some of the most ambitious and important anthropological enterprises of the era. But around the middle of the 20th century, the field underwent a shift toward a more individualistic model of research. By the 1980s, they write, “the dissertational norm became the solo-authored account of an individual scholar’s fieldwork.”

While individual work remains the norm today, collaboration has become increasingly common again — at least supplementarily, as Boyer and Marcus note in an introduction to the “collection of exceptions,” to the solo research rule presented by roughly two dozen contributors to the book. “This abundance of generative outreach to and engagement of other disciplines and arts seems to us to bode well for the liveliness of anthropological fieldwork, theory and ethnography going forward,” they write.