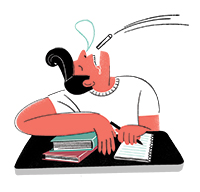 The note from David Barnett ’61 (Will Rice: BA; MS, 1963) touched on the lighter side of Rice with yet another “Asleep at the Class” story, a genre that is getting to be quite popular. I might make a guess, from the data already collected, that approximately everyone who went to Rice (and had 8 a.m. classes) could tell their own personal version of “Asleep at the Class.” This one was MATH 220 with Hubert Bray 1918 (PhD) and a student I will identify only as “a bright physics major from Oklahoma.” I quote the remainder of David’s note: “… and luckily, he didn’t swallow the chalk. Had this been in the NCAA basketball tourney, it would have been a 3-pointer by today’s standards.” — Contributed by class recorder Ed Millis ’50 (BS) 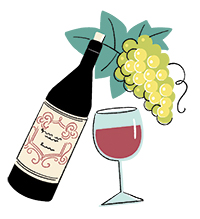 “After a trip to France in 1970, my husband and I developed an interest in wine. This was before wine consultants and sommeliers. We read what books were available and made trips to California’s wine country. As wine production grew and wine became more than red, white or pink, my interest broadened. I became a wine writer, a wine judge and even ‘taught wine’ to Elderhostel groups touring New Mexico. One high point: A month in Switzerland as wine consultant for a Zurich restaurant that featured wines and cuisine of the Southwestern states of the U.S.” — Contributed by Shirley Machocky Nelson ’59 (BA)

Since retiring in 2013 from UT Austin as the architectural senior project manager for renovations of classrooms and offices, Bethany Ramey Trombley ’70 (Jones: BA) has been painting almost every day. Her work is represented by two Texas Hill Country galleries and on her website, bethanyrameytrombley.com. She very joyfully divides her time among her kids and six adored grandchildren. She and Richard, married 18 years, spend a few months of the year in Asheville, N.C., and love traveling. Bethany is looking forward to going back to France for a few weeks for language school immersion and to paint. — Contributed by class recorders Ann Olsen ’70 (Jones: BA) and Mike Ross ’70 (Baker: BA; MS, 1974) 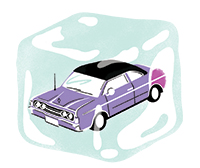 [While at Rice,] Mark Scheevel ’78 (Lovett: BS; MEE, 1979) and I joined Todd Keil ’79 (Lovett: BS) and Mark Keil (Lovett) for a Christmas break drive back to our homes surrounding Chicago. On the way north, the lack of heat in the car wasn’t an issue, as it was still relatively warm. On the way back in January, it was a big issue. When I reminded Todd of this trip, he reminded me of his brother’s repair effort: “Yes, that was a cold Christmas break car ride. Halfway back to Rice, after we just about froze to death, my brother opened the hood and jammed a screwdriver into the heating manifold. Then we had heat.” — Contributed by class recorder Chris Lahart ’78 (Lovett: BA)