Unconventional Wisdom: Jim Blackburn in his own words 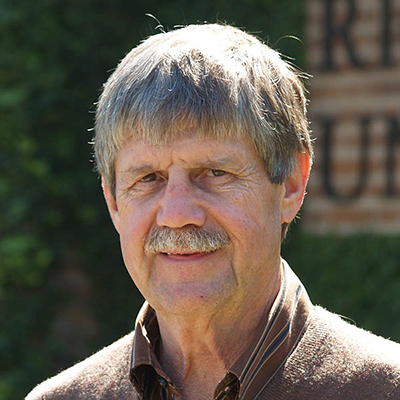 Environmental lawyer and author Jim Blackburn wears many hats for Rice. He’s a professor in the practice of environmental law in civil and environmental engineering, a Rice faculty scholar at the Baker Institute, co-director of the Severe Storm Prediction, Education and Evacuation from Disaster (SSPEED) Center, director of the undergraduate minor in energy and water sustainability and a spearhead for BCarbon. Blackburn concentrates on research and teaching how to create sustainable designs while reducing negative environmental impacts. Staff writer Avery Ruxer Franklin spoke with Blackburn to get his perspectives on climate change, protecting Texas’ natural resources and taking care of our environment.

The health of the bays is essential to the marine food supply and food web. The bays and the marshes that surround the bays are the nurseries of the Gulf of Mexico and have a huge impact in terms of the productivity of the Gulf. Shrimp, flounder and crabs all rely on the marsh and its estuary where fresh and saltwater come together. That’s where many of our species spend part of their lifecycle.

The bay is an incredibly important and productive zone that sits right there at the margin between land and water. But it’s so easy to overlook — it’s a relatively small zone geographically and can be impacted quite easily. There’s a lot of vulnerability and a very intricate balance. Unfortunately, we humans aren’t great at balancing things like that. 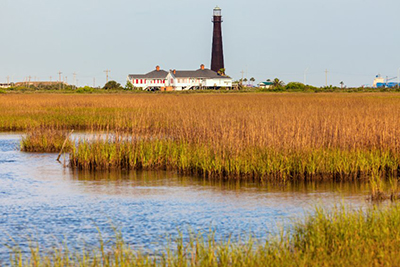 The bays are affected by carbon dioxide releases, and climate change will increase the temperature. But sea level rise is what we’re particularly concerned about. As sea level rises, our marshes will become more and more inundated, potentially causing them to suffocate. The marshes themselves have tremendous amounts of carbon stored in the soil, so if we lose them, we have lost a huge carbon storage resource for the Texas coast. If we can protect them against sea level rise, we can protect against the loss of this huge resource.

Oil and gas companies are all about technology. With carbon dioxide emissions and climate change, we’re hearing a lot about technological capture and storage. Some companies have laid out elaborate machines that work like vacuum cleaners of the sky to pull carbon dioxide out of the atmosphere. Yet nature has already evolved its own version of this technology — photosynthesis. 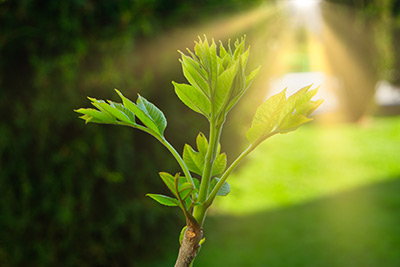 Photosynthesis is how plants remove carbon dioxide out of the atmosphere and convert it into carbohydrates. The leaves and wood of plants move carbohydrates down into the root systems and into the soil. It’s a naturally occurring, free good. But we don’t know how to use it in our economic system. One of the most interesting struggles that we’ve had with nature-based carbon dioxide capture and storage is taking nature’s gift and translating it into a usable carbon capture and storage product.

It’s a very interesting philosophical, psychological challenge to take something that’s free and harness it and use it efficiently. I would have never thought it would have been as difficult as it is conceptually to get people to understand that the trees, the grasses of the prairie, the plants of the marsh are our allies in this carbon dioxide battle.

Nature has never been thought of as infrastructure, at least as engineers traditionally think of infrastructure. We think of roads, sewage plants, water supply systems, dams, flood control, all of that. We chop nature down and deplete it, and we never consider what is essential in the system to keep nature in balance or to restore the balance that we have lost.

A wetland system, a prairie system or a forest is an element of infrastructure that can remove carbon dioxide from the atmosphere and keep our balance. Hopefully, we can restore this balance over the next 50 years and move toward a much better harmony. For the first time we are having to embrace the concept of an economy that is inclusive of ecology. You really can’t have one without the other.

I think that’s what we have proven with this climate crisis: we have transformed the atmosphere. We plowed lands that had stored carbon, removed absorptive capacity, and released a lot of stored carbon into the atmosphere. We’re going to have to restore that carbon balance. Our economy must recognize that there are ecological systems — the carbon cycle, the hydrologic cycle, phosphorus nitrogen cycles — that must be respected in the economic structure. Nature is a necessary partner in development. We cannot eliminate nature and enjoy development without major negative consequences.

We need to pay landowners that own this photosynthetic capacity. We need to pay them for doing the right thing. I see a future with carbon farmers and carbon ranchers.

BCarbon is what’s called a carbon registry. We issue certificates for one tonne of carbon dioxide removed from the atmosphere and stored in the soil. This year, we have over 300,000 certificates waiting to be issued. We formed a stakeholder group at the Baker Institute that has grown from 40 in November 2019 to over 400 now. The stakeholder group serves as our ethical and moral base, and we run our ideas past them prior to implementation.

First, we measure the soil and see how much carbon has been stored in there. Then we come back and measure five years later and see how much has been added, and that’s when we issue the credit. Most landowners could qualify, but we do require the testing. It’s ultimately the test results that dictate how many credits are issued.

If we get a vibrant market for these certificates, we will see massive land-use conversion over time. We think a lot of marginal croplands will be converted to carbon production. Over-grazed lands will be allowed to grow and we’ll get more carbon into the ground. This is only going to work if the landowners get paid for it. Our system is about paying landowners for adopting best management practices for storing carbon in the soil. 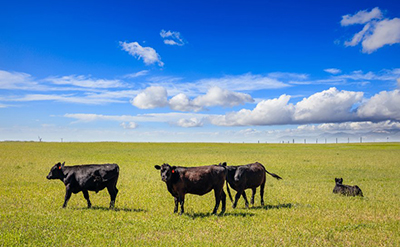 We can restore native grasslands, which have deeper root systems that will put more carbon into the soil or put into place agricultural practices like regenerative grazing, where you graze a smaller area very intensely and then move the entire herd to another intense grazing paddock. We’re trying to replicate the grazing habits of buffalo herds of the past. They used to graze intensively, create waste and fertilizer, and then move on. With multi-paddock grazing, we’re finding we get more biological diversity in the grasses, and therefore more carbon into the ground.

If we took the entire Brazos River watershed from Waco to Sugar Land and restored the native pastures all through there, you could probably knock the peak off the flooding on the Brazos River down in the Richmond/Rosenberg area by a significant percentage. We’re trying to model and understand this because there may be flood-control benefits. Rather than having to raise 30 miles of levees in the Sugar Land area, which is expensive, can we pay landowners to restore native prairies, pay them for carbon but also pay them for flood protection? We are finding that these things are connected.

In Texas, there are limits to what you can achieve with regulation. We’re very hesitant to go to regulation as a solution, so we’ve created a system that’s practical and common sense based, that does not rely on regulation so much as it relies upon the market system.

What started as a Texas concept has been very well-received around the world, and I think it’s only begun. We’re working on a similar project in Western Australia, the United Kingdom and in South America. We have found common ground and are seeking solutions. We don’t argue about or talk that much about climate change, we’re talking about an economy.

The Earth is so central to human existence and it is amazing that we don’t value it more. I don’t mean in an economic sense; I mean in a spiritual sense. I developed this concept of Earth Church as part of my spiritual connection with the coast of Texas. That’s my form of worship: to go out and enjoy the Earth.

The current economic system that humans enjoy, the post-WWII economy, failed to accurately incorporate the Earth into its thinking. It was never given any reverence or status or thought of as something that needed to be maintained, partially because we thought we were not able change the Earth. But I think we’ve proven that the Earth is not a given. I see the society of the future to be an incredibly spiritual place because of the relationship we’re going to have to have with the Earth if we’re going to survive. As a society, can we evolve to a different type of economic system that will allow us to have a much more long-term, profitable relationship with the Earth? I think we can, but it’s a challenge on many different levels.