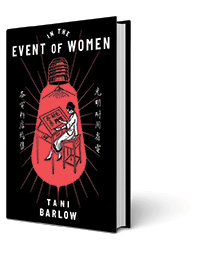 In the Event of Women
Tani Barlow
Duke University Press, 2021

In 1967, Wang Guangmei, a high-ranking Chinese Communist Party member and the wife of Chinese Premier Liu Shaoqi, was tried for crimes she had allegedly committed on a trip to Indonesia, including offering the Indonesian president a light for his cigarette and wearing a dress that had been deemed provocative by Mao Zedong’s wife, Jiang Qing. Wang was sentenced to 12 years in prison.

“At stake in the conflict … was whether Wang’s performance of Chinese state femininity had been adequate,” writes Tani Barlow in her new book, “In the Event of Women.” “Once her antagonists successfully criminalized this behavior, they set off what became a far-reaching crisis over the political truth of Chinese women.” Barlow, the George and Nancy Rupp Professor of Humanities at Rice, presents this struggle as an “event,” which she defines as “a politically inspired action to install a newly discovered truth.” In this case, she’s referring to the scientific truth that women are the reproductive equivalent of men, which would come to transform a nation steeped in feudal notions of gender and marriage.

Although Barlow focuses on “the event of women” from the late 19th century through the mid-20th century’s Cultural Revolution in China, the effects of this event transcend time and place. “Wang Guangmei and Jiang Qing’s 1967 conflict over women’s feminine performance is only one episode in a longer, unresolved political and historical event of women,” Barlow writes. “Establishing how women are the reproductive equivalent of men transformed truth. All over the educated world, women abruptly appeared at the center of national history.” — Jennifer Latson 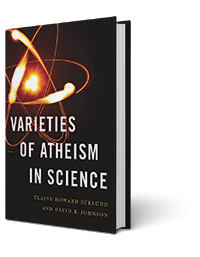 Early in her research about how religious people view scientists, Elaine Howard Ecklund attended a Bible study at a rural church in upstate New York. At the time, she was studying for her Ph.D. at Cornell University, and when she told that to one of the Bible study participants, the woman responded, “Yuck.” The woman told Ecklund she wouldn’t want her own children to attend Cornell, which she saw as a breeding ground for atheism where her kids would be forced to turn away from their faith.

The woman was far from alone in this belief, as Ecklund, the Herbert S. Autrey Chair in Social Sciences at Rice, has demonstrated in numerous books. In her new book, “Varieties of Atheism in Science,” co-written with Georgia State University professor David R. Johnson, Ecklund tackles the persistent myth that all scientists are atheists who are rabidly against religion. The book is based on six years of research, surveys of nearly 1,300 atheist scientists and interviews with more than 80 of them.

Ecklund and Johnson found that, in fact, most scientists who identify as atheists are not hostile to religious believers, and some have actively welcomed elements of religion into their own lives. That’s an important finding, the authors say, because the myth that scientists hate religion not only drives polarization in American society, it also keeps underrepresented groups — including women, Christians of color and religious people in general — out of science, for fear that they will never be welcome. — J.L. 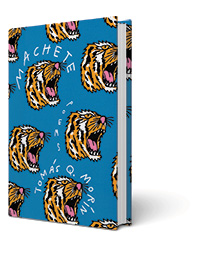 Tomás Q. Morín’s newest book of poetry, “Machete,” roared onto the scene with the same intensity as the tigers on its striking cobalt blue cover. An assistant professor of creative writing, Morín is a gifted poet and translator who joined Rice in 2020. “Machete” is Morín’s third collection of poetry, following 2012’s “A Larger Country” and “Patient Zero” in 2017. In his work as a translator, Morín translated Pablo Neruda’s visionary “The Heights of Macchu Picchu.” His memoir, “Let Me Count the Ways,” is forthcoming from University of Nebraska Press.

“Machete” is “far and away the most intimate” of Morín’s three books of poetry, which he attributes to becoming a father. “That totally altered the ways in which I think about my relationship to racism, my relationship to being a man, the sort of horrid ways in which capitalism tries to chew us all up and take our humanity away,” said Morín. “I wanted to write about all these things in a way that wasn’t just from anger.”

The result, as seen in such tender odes to fatherhood as “Two Dolphins” and “Vallejo,” is poetry that alludes to Morín’s thought process as he works through these things on paper: compassionate, questioning, funny, humane and ultimately joyful, down to the last poem in the book, which Morín said touches on the empowering nature of humor and the way it can clear a path just like a machete.

“Anger and outrage is an appropriate response to the things that this country throws at us, but it’s also not the only response,” Morín said. “I feel like as a person of color, some people would prefer to see me go away — to be invisible, to not be here anymore — and one of the things that threatens them the most is my joy.” — Katharine Shilcutt

I know it is my skin

they fear, this face,

this hair so unlike theirs.

I meet their eyes

and make them sway

I sharpen the edge of my smile

and watch them fall.

in my cake, how they sink

in the dark coffee

where they give up

they make me take

one slice at a time.

"Machete" by Tomás Q. Morín from "Machete: Poems." Published Oct. 12, 2021, by Alfred A. Knopf, an imprint of the The Knopf Doubleday Publishing Group, a division of Penguin Random House LLC. Copyright 2021 by Tomás Q. Morín.