The Truth Is Right Here

The Truth Is Right Here

This year, the U.S. government released a preliminary report on unidentified aerial phenomena, more commonly known as UFOs. We sat down with Jeffrey Kripal, a historian of religions, to discuss the report as well as the cultural and academic significance of these unexplained topics. 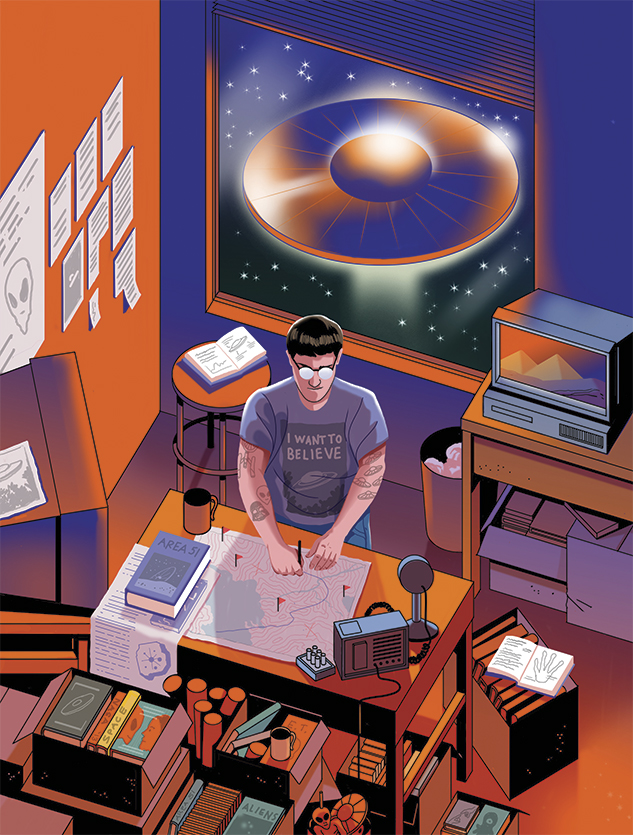 Does your family have a UFO story?

Mine does. My grandfather was a pilot in the U.S. Air Force from 1955 to 1958. One day while flying, he saw a light that seemed to be tracking the plane; no matter how he maneuvered the aircraft, the object quickly mimicked his movements for miles. Then, without warning, the UFO zoomed off with an incredible speed and trajectory that was inconceivable to him. My grandfather asked his co-pilot if he saw it as well, and he said yes. I was in awe when he told me this story many years ago. I naively asked, “Well, did you report it?” He laughed, “Are you kidding? No. Do you know how much paperwork that would have involved?”

UFO, the abbreviation for unidentified flying object, was coined by the U.S. Air Force in the early 1950s, just a few years before my grandfather’s strange encounter. What followed was decades of disinformation and denial from the government regarding the existence and investigation of these unexplained experiences.

On the surface it might seem as if UFOs are limited to science fiction, but when you really start to unpack these phenomena, it’s easy to see that they play a significant role in the story of humanity.

Fast forward to June 2021, when the Office of the Director of National Intelligence (ODNI) released a nine-page document titled “Preliminary Assessment: Unidentified Aerial Phenomena.” It cites 144 U.S. government and military reports involving unidentified aerial phenomena (UAP) between 2004 and 2021. “Most of the UAP reported probably do represent physical objects given that a majority of UAP were registered across multiple sensors,” the document states. “If and when individual UAP incidents are resolved they will fall into one of five potential explanatory categories: airborne clutter, natural atmospheric phenomena, U.S. government or U.S. industry developmental programs, foreign adversary systems and a catchall ‘other’ bin.” Only one UAP was identified: the object was a “large, deflating balloon,” which falls under the airborne clutter category. The remaining 143 reports are still unexplained. 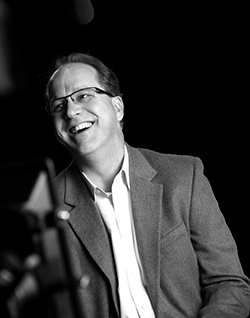 Jeffrey Kripal, the J. Newton Rayzor Professor of Religion and associate dean of humanities, is trained as a historian of religions, and this is the lens through which he studies the paranormal. He has given over 100 lectures and authored several books on the intersection of these topics.

Kripal does not claim to know exactly what supernatural phenomena are, but he is convinced they really happen. “They’re part of our world, and they have what humanists call ‘historical agency,’ which means they change things — they matter,” he said. “People react to them differently. People build religions and become political around them. People deny them, people affirm them, people create mythologies, people write movies and books. These things have agency and they’re very much a part of history. That’s really what I’ve been trying to say for about 11 years now.”

When asked about his thoughts on the ODNI’s preliminary report, Kripal said the positive payout is the government finally being a little more honest about UFO phenomena — and, yes, he prefers the term UFO over UAP. The negative part is these unexplained events being treated only as a possible military threat, an issue of national security; he thinks it’s much more profound and complicated than that. “Strange beings have been coming from the sky and doing weird things to people for as long as we can see back,” Kripal explained. “We can learn a great deal by looking at the history of religions, at anthropology, at contact interactions with other species we know about, like animals. And we can draw inferences from that to these kinds of encounters and experiences. To just frame it in these materialist and physicalist terms is just too small. It’s not incorrect — it’s just too small.”

Another issue Kripal cites is that the ODNI report does not offer details about the 144 incidents. “The No. 1 rule of research in the humanities is, you have to back your claims up by citing your sources,” Kripal said. “And other people have to be able to go to those same sources to confirm, disconfirm or challenge your readings. That’s what the nature of scholarship is all about — total access to a body of documents or material, and then free conversation around it. We have nothing like that here. We have a set of data that’s entirely shut off from public access.”

We can learn a great deal by looking at the history of religions, at anthropology, at contact interactions with other species we know about, like animals. And we can draw inferences from that to these kinds of encounters and experiences. To just frame it in these materialist and physicalist terms is just too small. It’s not incorrect — it’s just too small.

The shift in conversation we’re witnessing around extraterrestrial phenomena is partly due to a 2017 New York Times article titled “Glowing Auras and ‘Black Money’: The Pentagon’s Mysterious U.F.O. Program” by Helene Cooper, Ralph Blumenthal and Leslie Kean. The story unveiled the government’s secret $22 million Advanced Aerospace Threat Identification Program (AATIP), through which the Department of Defense had been investigating UFO reports since 2007. Two videos showing encounters between Navy pilots and unknown objects were also released by AATIP. “I think it was the video evidence — the radar evidence — that really made that piece so powerful,” Kripal said.

As a historian, Kripal is interested in collecting documents on and evidence of paranormal phenomena — so much so that he is collaborating with Fondren Library’s Woodson Research Center on what he calls the Archives of the Impossible. Jacques Vallee, a prolific UFO investigator and astronomer who was the inspiration for Claude Lacombe in Steven Spielberg’s “Close Encounters of the Third Kind,” was the first contributor; he donated all of his papers and case studies to the archive. Another is Whitley Strieber, a science fiction, horror and nonfiction author who is also an important figure in ufology; he offered the archive thousands of letters that were sent to him from people who had experienced abductions or encounters.

In fact, Kripal has teamed up with Rice Ph.D. students Timothy Grieve-Carlson and Learned Foote and librarian Anna Shparberg to host Opening the Archives of the Impossible, a conference that will take place in Fondren Library March 3–6, 2022.

It’s not all flying saucers and aliens, though. The Archives of the Impossible houses any-
thing “related to the anomalous in general,” Kripal said, including collections on mediumship, out-of-body experiences and telepathy. In fact, Kripal has teamed up with Rice Ph.D. students Timothy Grieve-Carlson and Learned Foote and librarian Anna Shparberg to host Opening the Archives of the Impossible, a conference that will take place in Fondren Library March 3–6, 2022. The conference will feature exhibition spaces and bring together about 30 scholars to think and talk about how to mainstream this material and look at it seriously.

“The whole point of this project is to make the argument that this [subject matter] is intellectually important,” Kripal said. And it shouldn’t be limited to any one department of academia. “I happen to be in religion, but this should be interesting to people across the board — engineers, sociologists, political scientists, physicists, astronomers. The topics themselves require all of these fields so we can make sense of them.”

On the surface it might seem as if UFOs are limited to science fiction, but when you really start to unpack these phenomena, it’s easy to see that they play a significant role in the story of humanity. “They’re some of the most powerful experiences people ever have in their whole lives. Your grandfather remembered that one UFO encounter and never forgot,” Kripal told me. “That was not a tangential experience to him. That was a core experience. … If you dig into family histories, you’re going to find a story like that.” To quote a tagline from “The X-Files” TV series, “The Truth Is Out There” — or, in the Archives of the Impossible, it’s right here. Let’s explore it.