Welcome to Our Table

Welcome to Our Table 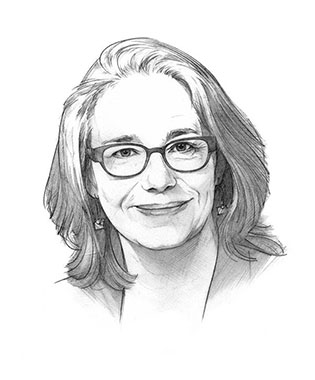 In this issue, we feature a menu of Rice alumni who are contributing, in myriad ways, to Houston’s reputation as one of America’s most innovative and creative food cities. It’s by no means comprehensive — honestly, where are the drinks? — and that’s partly by design.

For months we’ve filled folders and spreadsheets with names and notes about alumni with stakes in breweries, vineyards, bars, farms (vegetable and animal), bakeries, ranches, restaurants and distilleries — not to mention food activists and advocates. Our research turned up great leads, and we talked to many more alumni than we could include in this issue. (Would you like to see a sequel? Write us, so we can add your name to the aforementioned folders.)

As I read through these stories, I’m struck by the quality of camaraderie that’s apparent in Houston’s food world. That might seem surprising in such a competitive and unforgiving business — but it’s a thread that runs through many of these stories. Similarly, our subjects were often happily surprised to hear of each other’s Owl connections. “I didn’t know s/he went to Rice” was a frequent response during our interviews and photo shoots. We appreciate the time these entrepreneurial alumni took out from their busy days to be interviewed, photographed or videoed — and we especially appreciate their recipes.

So, what’s my place at this table? On Saturdays, I like to pick my way through the stalls at Urban Harvest’s Eastside Farmers Market — a place that writer Claudia Feldman describes in “Georgia’s Legacy,” about the late Georgia Bost ’72, who was one of the market’s founders. To judge from the farmstands, June is peak tomato season in Houston, and I’ve been going home with large quantities of red and golden globes for snacks, sandwiches, salads and salsas. And while the highest and best use of a fresh tomato is smeared with homemade mayonnaise and little else, I have spent a few weekends making sweet tomato preserves. You can find that recipe and all this issue’s content at magazine.rice.edu. Bon appétit! 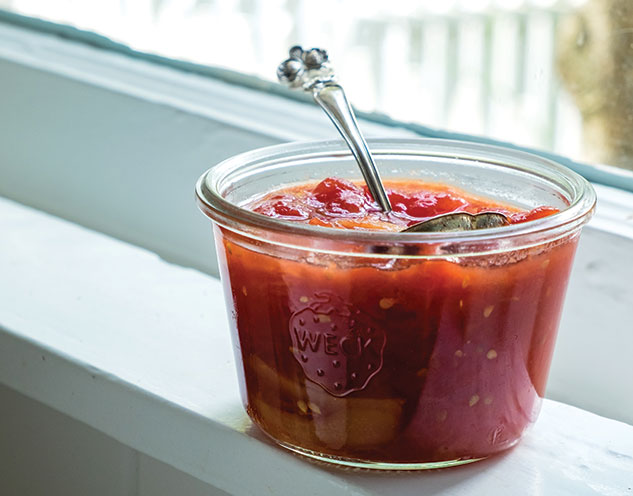 Makes 4 to 6 half-pints [Editor’s Note: I’ve never gotten more than 4 out of this quantity]

Plunge tomatoes into a pot of boiling water for 20 seconds to loosen their skins. Remove the tomatoes from the pot and when cool enough to handle, peel off the skin. Halve tomatoes crosswise and squeeze out the seeds.

Put tomatoes, sugar, lemon rind and juice, ginger and cinnamon into a large, heavy pot. Cook over medium heat until it comes to a boil. Stir gently so the fruit doesn’t break up too much. Reduce heat to low and gently simmer until tomatoes look slightly translucent and the liquid has thickened, about 1 hour.

Using a slotted spoon, divide the tomatoes between hot sterilized jars. Increase the heat to high and reduce the juices until thick and syrupy, about 5 minutes more. Remove the cinnamon stick.

Divide the syrup between the jars and seal. Allow the jars to cool undisturbed for several hours. These preserves will keep in the refrigerator for a few months.