The Meaning of Pie

The Meaning of Pie

It doesn’t take a rocket scientist to make the perfect pie, but it doesn’t hurt to be one. 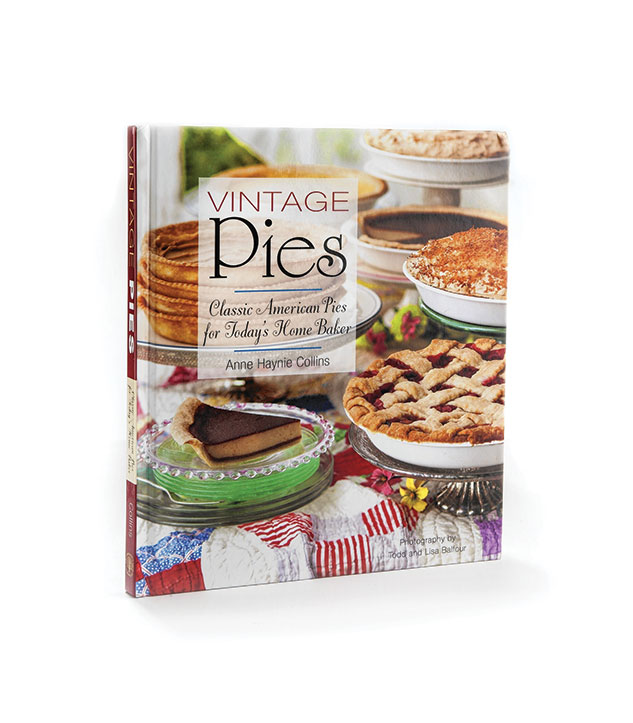 Anne Haynie Collins ’81 earned a civil engineering degree from Rice and worked on the space shuttle for a number of years before shifting to biomedical engineering, rounding out her career in a neuroscience research lab at UT Southwestern Medical Center. But she never got over her first love: pie. Inspired by her grandmother — and her grandmother’s grandmother — she pursued a passion for pastry with an engineer’s precision. Her book, “Vintage Pies: Classic American Pies for Today’s Home Baker,” was published in 2014. Here, she gives us a taste of pie perfection with a classic recipe for buttermilk pie. – J.L. 

Pies were once a staple of the American table. My grandmother, Pearl Thomas — born Pearl Savage in 1894 — remembered her grandmother, Nancy Stone, baking as many as a dozen pies each week to feed her family and the farmhands.

Pies were baked fresh in the morning and served at noon with the day’s main meal. A slice of pie, wrapped in a cloth napkin, went in a tin pail to the fields for midafternoon. Pie was served cold, with a glass of buttermilk, at supper, and again for breakfast. 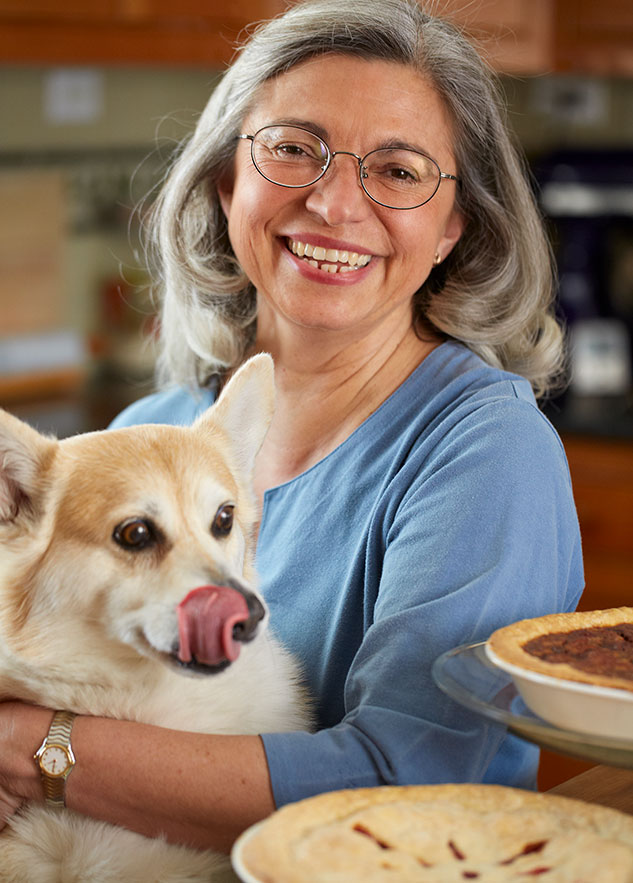 I learned to make pies as a very young girl from my grandmother, as she had from her grandmother, and became fascinated with old pie recipes and the stories that accompanied them. I began asking elderly people to tell me about their favorite pies from childhood, and about pies that weren’t made any longer. If someone couldn’t provide a recipe, I’d thumb through old cookbooks until I found one, or, failing that, I’d re-engineer a modern recipe with traditional ingredients. Then I’d make the pie for the person who had reminisced about it. Food memory is an amazing thing, and he or she would let me know immediately if the taste and consistency were right. What I did not realize, until I began the research for this book, was how old these recipes were, with many of them dating to the earliest days of the European settlement of this country.

Buttermilk pie is one of the first pies I learned to make, and remains one of my favorites. Buttermilk was the liquid left in the churn after butter was made. Because milk had to sit for the cream to rise, natural fermentation began, which was what gave buttermilk its characteristic tangy flavor. (Modern buttermilk is cultured, much like yogurt.)

A good pie starts with a good crust, and my recipe for pie crust has been in the family since the 1860s. It is basic, easy to work with and very forgiving, and produces a light and flaky crust — and it doesn’t require chilling. It will make a generous 9-inch pie crust. 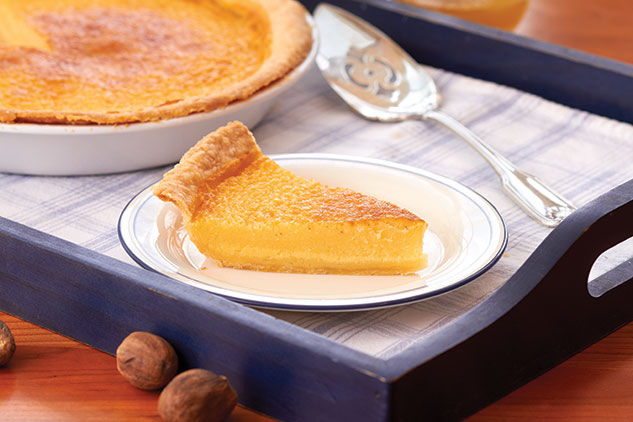 1 cup unbleached all-purpose flour, plus about 1/2 cup for kneading and rolling dough

Combine 1 cup of flour and the salt in a large bowl with a fork. Put each tablespoon of the lard in a different place on top of the flour mixture. With a pastry blender or two knives, very lightly and quickly cut the lard into the flour mixture to form crumbs about the size of peas.

Sprinkle the cold water over the top of the flour mixture. Stir the mixture with a fork until it just holds together.

Sprinkle a flat work surface with about 1/4 cup of flour. Turn the dough out of the bowl onto the floured surface. With your fingertips, lightly and quickly knead the dough just until it’s smooth, about 15 strokes.

Gather the dough together with your hands and form it into a ball. Flatten the ball into a thick circle.

To roll out the dough, sprinkle the flat work surface with more flour. Place your dough on the floured surface, then turn it over so that both sides are floured. Roll out the dough with your rolling pin from the center to the edge with light, even strokes. Occasionally lift the dough so it doesn’t stick to the work surface. The shape should be about 1 inch larger on all sides than the pie plate you are using and it should be 1/8 to 1/4 inch thick.

If my pie crust tears while I’m putting it in the pie plate, I’ll slightly overlap the torn edges and press the tear with my fingertips to make a good seal.

In a small saucepan, melt the butter.

In a medium bowl, whisk the eggs until they are light in color.

Add the sugar, the butter and the
flour to the eggs, and whisk the ingredients  until they are well combined.

Fold in the buttermilk and nutmeg.

Pour the filling into the crust.

Place the pie in the oven and bake it until the filling is set in the middle, about 30 minutes.