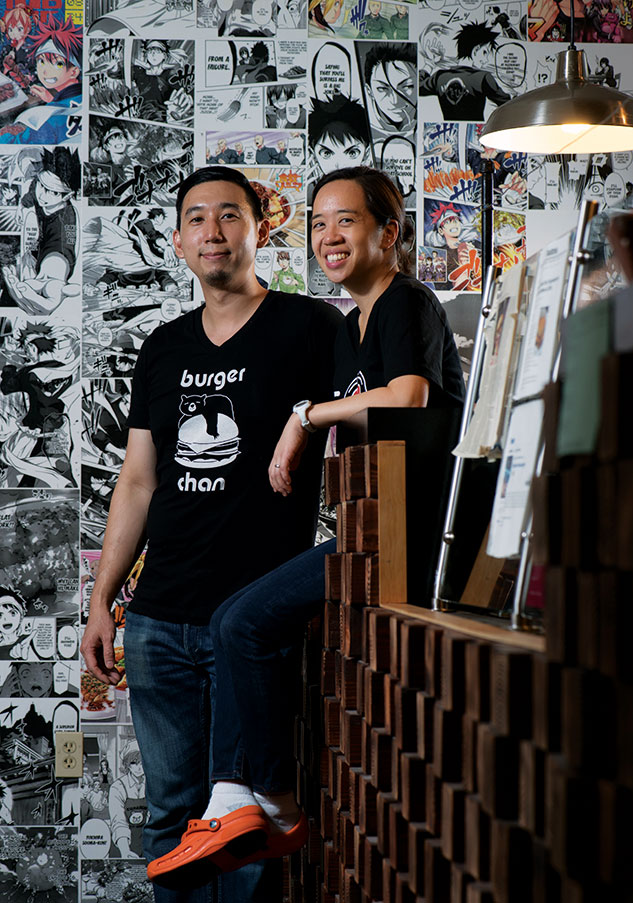 When Willet Feng ’06 graduated Rice, he fully intended to put his managerial studies classes to work. But when he moved to Seattle with then-girlfriend Diane Wu ’07, a teacher, he found that financial jobs were hard to come by. Looking for something new to try, he landed a job in a sushi restaurant, learning the basics of restaurant practices and food prep. Eventually Feng attended and graduated  from Le Cordon Bleu in Austin, then honed his skills at such acclaimed restaurants as Uchiko in Austin and the late, great Oxheart in Houston.

It was at Oxheart that Feng met the executive chef of a Shanghai restaurant called The Grumpy Pig — a chance encounter that ultimately led to a two-year stint in China for the now-married couple.

“We laugh about how our Rice degrees should’ve prevented us from flipping burgers, but here we are,” Diane said.

In 2015, the Fengs moved back to Houston, where their daughter, Avery, was born. A long search for the right spot to open a restaurant inspired by their work and travel in Southeast Asia ended in an unexpected twist. Some industry friends approached Willet about taking over a burger kiosk in Greenway Plaza’s popular underground food court. The opportunity to open immediately, be fully in charge and also have a family life was too good to pass up. “We laugh about how our Rice degrees should’ve prevented us from flipping burgers, but here we are,” Diane said. “In all seriousness, we are both examples of graduates who did not uncover our true passions until after college.” Now, local professionals and visitors line up at burger-chan for beef burgers glazed with an umami sauce; hotdogs and kimchi relish; veggie burgers made of breaded eggplant; homemade fish sandwiches and corn-flavored milkshakes. The couple work the lunch crowd every day.

What’s in a name? 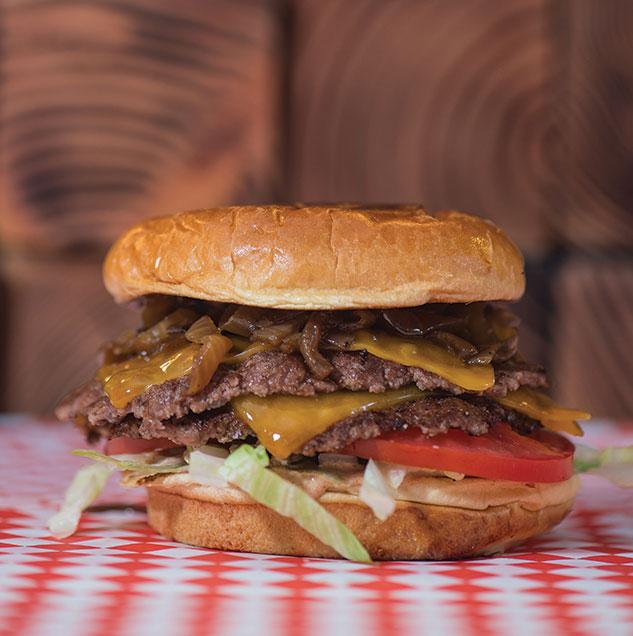 When a Chicago-area restaurant threatened a lawsuit over Kuma Burgers, the original name of Willet and Diane’s popular lunch counter joint, the couple came up with a new name — and a new burger. “Burger-chan” (chan is the Japanese diminutive suffix meaning cute) is both the restaurant’s name and its signature burger. “It’s a classic take on an American fast-food burger, a la Shake Shack or In-N-Out,” said Diane. The lunch counter is known for its housemade condiments like kimchi relish and gluten-free rice buns. But the couple and their customers clearly appreciate a classic. “At the end of the day,” Diane said,  “Willet just wants to make good food that he’d enjoy eating.”