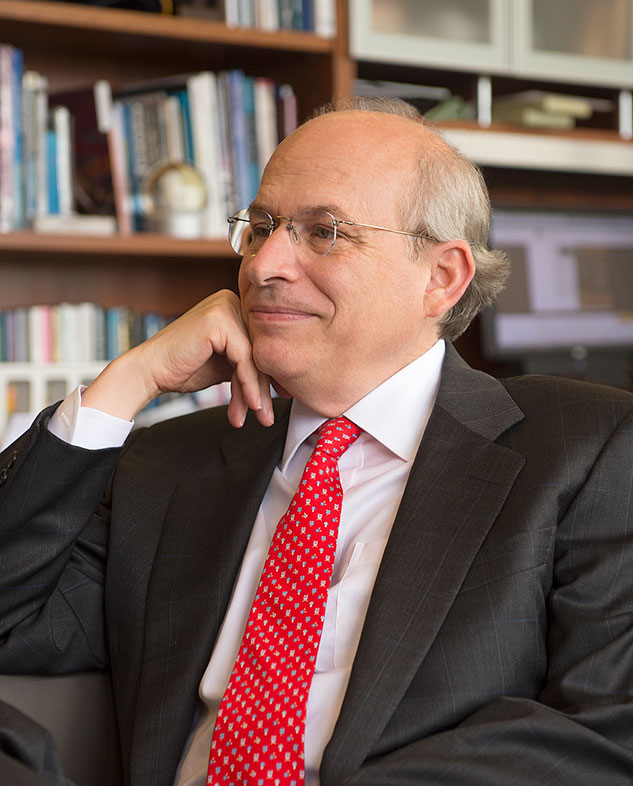 “Food, Glorious Food,” a song from the 1960s musical “Oliver!,” somehow remains deeply entrenched in my memory. It still seems incongruously joyous in the context of depicting Dickens’ Victorian workhouse. Yet the song reminds us that food is basic sustenance and yet, in different contexts, a luxury in which rare ingredients and talents combine to make extraordinary meals. In the United States and across the world, we are challenged still, shockingly, with significant starvation on the one hand and the problems of obesity on the other.

Food is science, and it is art. Among the most avant-garde movements is “molecular gastronomy,” cooking based on the true science of food. After all, the process of cooking is simply a transfer of energy that causes a series of molecular changes, and taste is simply the result of chemicals interacting with receptors on your tongue or in your nose. The understanding of science leads to the engineering of food, indeed to food that can fool us as to its real ingredients and origins. And for those of us who occasionally frequent the temples of high cuisine, we see that the art of visual presentation is given just as much emphasis as the food itself.

Food is also a deep part of our histories, cultures and the fabric of our lives. We celebrate with food, and in many cultures we mourn with food. We identify different styles of food by their countries or regions of origin, and the ability to make distinctions on that basis seems more common than for the knowledge of language, literature or architecture.Relatively few Americans, for example, could tell you about the differences between Chinese, Japanese and Korean temples, but most could distinguish the very different major elements of each country’s cuisine. Food reflects almost every aspect of a country or region — its location, geography, agriculture and livestock, economy and aesthetics. And at the same time, food is an opportunity to creatively bring cultures together, as in fusion cuisine.

As for myself, I will admit being a “foodie” and have in particular two vices: cheese
and chocolate.

Food is a part of college life, and not always one of the better parts. I was exchanging thoughts on this topic with one of our former trustees of a similar age, and I noted the college food we experienced was often unidentifiable. She responded that she wasn’t sure whether that was a good thing or a bad thing. No, I don’t have fond memories of chipped beef on toast or sloppy Joes.

At Rice, on the other hand, our food now wins accolades from our students, and is one of the elements in our rankings for “best quality of life” and “happiest” students. Unlike many schools, we don’t outsource our dining services. Our chefs are remarkably dedicated to food quality, food health and to our students. And whether it’s the crepe maker in Seibel Servery (for Lovett and Will Rice) or the pizza oven at Duncan and McMurtry, we aim to make the meals a positive aspect of the college experience.

As for myself, I will admit being a “foodie” and have in particular two vices: cheese and chocolate. I claim (this is unverified) to have the largest collection of books about cheese in Houston, and I occasionally host cheese tastings for students and others — the last one featured 27 different cheeses! (At least there is no age requirement on cheese consumption, but we do of course have to forego the wine pairing for the students!)

Last fall, I learned about Houston Dairymaids, perhaps the only store in the city devoted more or less entirely to cheese. It’s located on Airline Drive in the Heights, and recently I finally was able to make a Saturday expedition. They were having a cheese tasting that morning, and each customer got to taste six preselected cheeses. I waited my turn, finally approached the counter, and was greeted by, “Oh, Dr. Leebron, it’s nice to see you here.” I was delighted to learn that the woman behind the counter was a recent Rice grad, an engineering major who had a great job in an engineering firm. She so loved cheese, however, that she volunteered at the cheese store. She then told me she would introduce me to the owner, Rice grad Lindsey Schechter, whose story of founding Houston Dairymaids is featured on Page 26. Lindsey had worked in the restaurant business and then saw an entrepreneurial opportunity to open a cheese supplier in Houston.

In this issue, you will see Rice grads who have found their passion in food — and those who have left an indelible mark on the way Houston eats. Running a restaurant in particular is a difficult and complicated business, and thus it’s not surprising to find Rice graduates succeeding in it. We celebrate the Rice-food connection (pun not intended) in this issue.

But to return to the beginning of this essay, when we enjoy the very best in the world of food, it’s important to remember those who simply don’t have enough. So, go have a great meal, and then send in a donation to the Food Bank, your local religious institution that provides meals for the homeless or Meals on Wheels.