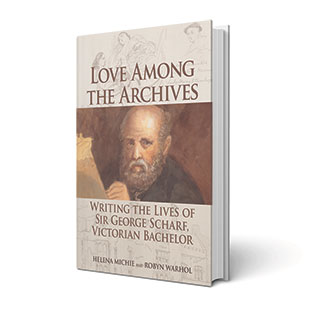 Love Among the Archives
Writing the Lives of Sir George Scharf, Victorian Bachelor

WHAT SHE FIRST LEARNED about Sir George Scharf convinced Rice English professor Helena Michie that he was a boring man whose greatest talent was scrapbooking. She stumbled on Scharf’s 19th-century homage to his own social life in the archives of London’s National Portrait Gallery, of which Scharf was founding director.

“It was just this enormous book with invitations and menus pasted on it,” said Michie, the author of five books on Victorian studies and the study of gender and sexuality. “Some of these invitations fold up into cute little boxes, and there are pages and pages of adorable cardboard things with these descriptions of these long, 20-course meals from the biggest and most famous country houses in England.”

But as Michie and her colleague Robyn Warhol, an English professor at The Ohio State University, combed through 50 years’ worth of Scharf’s diaries, they discovered a surprising fact about the Victorian bachelor: he’d been passionately involved with a younger man, who had broken his heart by marrying a woman.

Their 17 years of research culminated in a rich study of Scharf’s loves and losses, debts and dinner parties. The book received the Best Book of the Year Award from the North American Victorian Studies Association in 2016. 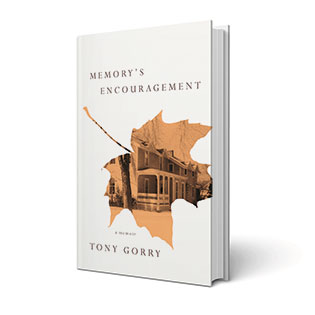 TONY GORRY, THE FRIEDKIN Professor Emeritus of Management at Rice, was one of MIT’s first computer science Ph.D.s, and he spent much of his career doing research on artificial intelligence. Now in his 70s and undergoing treatment for leukemia, he turns back to basics in a quest for meaning. In “Memory’s Encouragement,” he explores the recollections of his early years and the wisdom of ancient texts, after picking up Greek late in life to be able to read Homer in the original.

Early in the book, he discusses his newfound interest in the literature and technology of the past, acknowledging his own high-speed, high-tech career. “Digital technology has thrust us into the fast lane. While I have been excited to be a guest in what David Brooks calls ‘the greatest cocktail party ever,’ lately I’ve been nostalgic for times and places past.”

The book examines the way memory can carry the past into the present. In recalling adventures of old, Gorry identifies with that epic adventurer, Odysseus. “I imagine myself a wanderer, one who has hurried along earlier pathways and now nears the end of his journey. … I take more breaks to ponder where I’ve been, to reflect on beautiful vistas of the past as well as rocky stretches, slippery crossings and my wanderings off course — and the people I have met along the way. Remembrance pushes the present aside.” 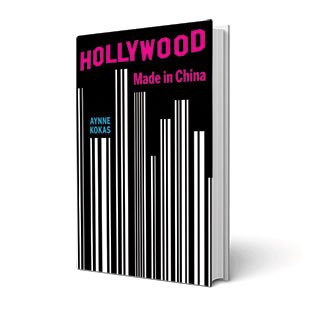 Hollywood Made in China

THE PEOPLE’S REPUBLIC of China is taking a lead role in Hollywood film production, Aynne Kokas notes in “Hollywood Made in China.” Kokas, an assistant professor of media studies at the University of Virginia and a nonresident scholar in the Baker Institute’s China Studies Program, studied the cultural, political and economic implications of U.S. media investment in China as it becomes the world’s largest film market.

The book explores the complicated dynamics that are emerging as China’s state-run media industry takes an approach-avoidance attitude toward collaborating with Hollywood on big-budget films.

It’s an uneasy alliance, but one that both sides see strong incentives to pursue, according to Kokas, who writes that “… the Chinese box office is becoming ever more essential for recuperating the costs of global blockbuster production. ‘Jurassic World’ broke opening weekend records for June 2015 in large part because of the contribution of Chinese box-office receipts. … Hollywood is increasingly building its products in China and for the Chinese market first.”