Rice chemists have developed a method that uses carbon to filter and clean radioactive water from nuclear plant disasters or industrial mining. 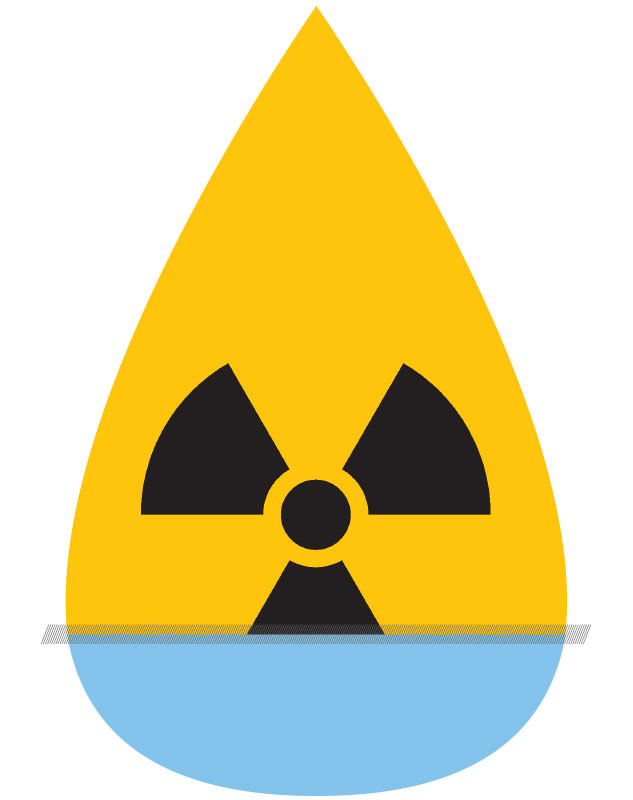 SIX YEARS AFTER THE FUKUSHIMA nuclear disaster, hundreds of thousands of tons of contaminated water are still stored on site, too “hot” to flush into the ocean. Cleaning up this dangerous water, which is full of long-lived cesium-137 and strontium-90, would be extremely expensive, and the necessary materials are hard to generate at this scale.

A new method might change that. Rice Chemistry Professor James Tour and his former postdoc Ayrat Dimiev discovered that filtering water through a chunk of carbon studded with oxygen molecules is enough to remove over 90 percent of both cesium and strontium. A few passes through such a filter would leave Fukushima water clean enough to return to the ocean, according to Tour. He and Dimiev, who is now a research professor at Kazan Federal University in Russia, published their results in January in the journal Carbon.

Called oxidatively modified carbon (OMC), their material is made of coke, the cheap, abundant residue left over after valuable fossil fuels are extracted from crude oil. The researchers ran coke through a bath of inexpensive chemicals that coat it with oxygen.

Rice Chemistry Professor James Tour and his former postdoc Ayrat Dimiev discovered that filtering water through a chunk of carbon studded with oxygen molecules is enough to remove over 90 percent of both cesium and strontium.

When contaminated water runs over a column full of OMC, the oxygen groups help the carbon attach to atoms of cesium and strontium, much as activated charcoal absorbs organic poisons. Its performance is particularly impressive with cesium. Like sodium, the cesium atom carries a single charge, but it’s so outnumbered by the sodium atoms in seawater that sorting it out can be difficult. For some reason, though, cesium sticks to the OMC better than sodium does. After filtering dirty water, OMC can be incinerated, leaving a small volume of waste that is far easier to store.

Fukushima isn’t the only place OMC could be useful — legacy nuclear sites all over the world store contaminated water. Mining the crucial rare-earth elements that power smartphones and computers also generates radioactive waste, and the cost of dealing responsibly with that radiation is so high that the U.S. has ceased to mine these elements. China now mines most of the world’s rare-earth elements, adding to its great global market power, but it pays a steep environmental price. Tour believes the OMC purification method could actually help the U.S. begin again to mine its own rare-earth deposits.