A Blend of East and West

By Kendall Schoemann  •  3 years ago

A Blend of East and West

Fernandez was born in 1890 and raised by his maternal grandmother after his parents died. His father was one of the few Filipinos permitted by the King of Spain to practice law in the islands. His grandmother saw that his early education was conducted by a Franciscan priest who taught him Spanish grammar, handwriting and arithmetic. As a young boy, he learned the Ilocano dialect and more than a dozen others of the tribes in surrounding provinces. 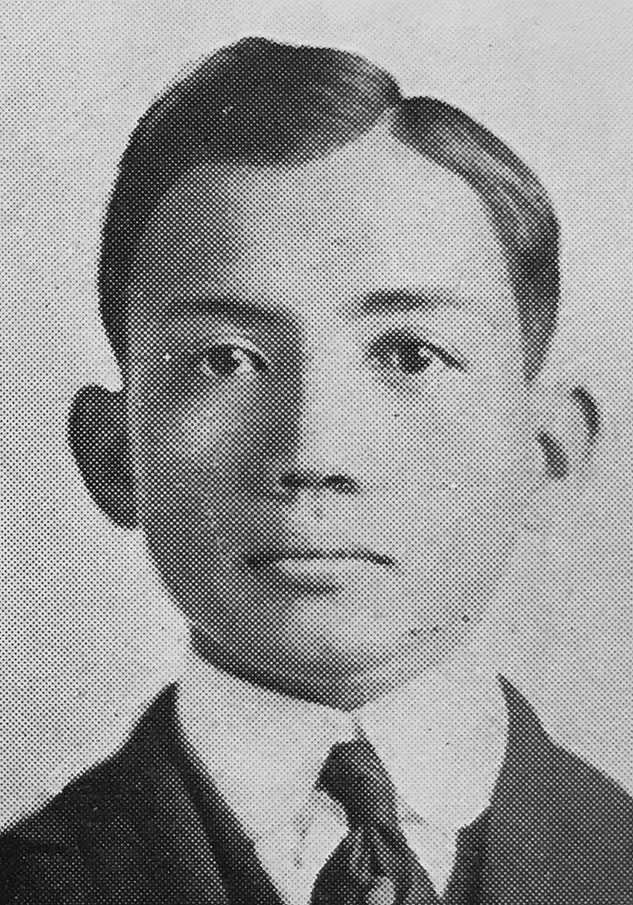 Fernandez pictured in the 1916 Campanile

In 1898, shortly after the start of the Spanish-American War, Fernandez’s grandmother enrolled him in a special boys’ school run by the bishop of Vigan. During the war, Fernandez acted as an interpreter of native dialects for Capt. John A. Hulen of the 33rd U.S. Infantry, stationed at Narvacan.

Hulen was known for his belief in the power of education. In fact, he helped the locals organize schools, assigning soldiers as teachers and frequently stopping by to teach English. “[He] is looked to with respect and warm regard by the seasoned warriors of the U.S. Army, and the name ‘Capt. Oohlan’ is to this day, a by-word for kindliness and benefaction in many a Filipino home,” wrote a reporter in a 1916 Houston Post article.

While fighting Filipino insurrectionists in the jungles of northern Luzon from 1899 to 1901, the captain developed such a deep bond with Fernandez that he asked his grandmother if he could adopt him and bring him to the United States. Fernandez came to Texas in 1901 and was educated through the public school system, graduating from Houston High School in 1908. 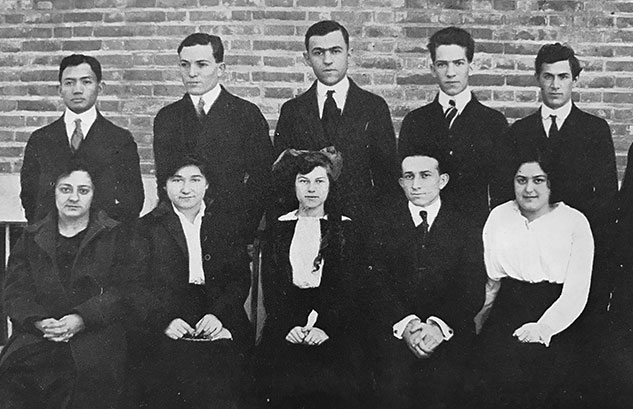 Fernandez, far left, back row, pictured with the Menorah Society.

Not much is known about his time at Rice, other than his inclusion in a Menorah Society group photo in a 1916 Campanile, adding another level of mystery to his story, considering that he was educated by a Franciscan priest and that his adoptive father was Episcopalian.

As a Rice senior, Fernandez wrote a romantic story, “Blending of East and West,” for the Texaco Star, a monthly journal for employees of the Texas Company (the forerunner of Texaco). “I feel that there is no great difference between the East and the West, if viewed from one human heart to another. It seems to me that they are in a process of blending,” he wrote in the short story, about an American educator who fell in love with and then married one of his Filipino students.

After graduating from Rice, he reunited with his adoptive father, who was then Brig. Gen. Hulen, by enlisting with the American Expeditionary Forces in France and serving as his liaison. Fernandez was discharged in 1919.

While his life after the service is not well documented, it appears his romantic story for the Texaco Star proved fortuitous. In late 1919, he created his own blending of East and West and married Katharine Lefevre, who was the daughter of Texaco Star editor Arthur Lefevre.