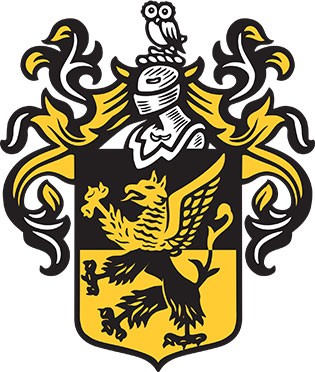 IN 1983, WHEN WIESSMEN first trotted out their mascot — the War Pig — it was a small facsimile made of pig iron. Soon the iconoclastic icon went airborne, in the form of a jury-rigged balloon made of extra large trash bags held together with duct tape. Several incarnations met untimely ends, culminating in a Beer Bike weekend when, according to Stan Dodds [associate professor of physics and astronomy], the rope was inadvertently cut and “it was last seen heading for West U.”

Abandoning the “pigs will fly” theme, Wiess eventually settled for the terrestrial form it currently features at Beer Bike. Members of the freshman class drag the wheeled War Pig to the stadium. Despite Rice’s engineering prowess, the small bus-sized contraption is difficult to steer. “Last year, during the parade, the freshmen had an especially hard time getting it to go where they wanted,” said junior Rachel Lambert. “It was pretty funny to watch, and even led to the other colleges thinking up a new anti-cheer for Wiess: ‘Wiess can’t drive!’” 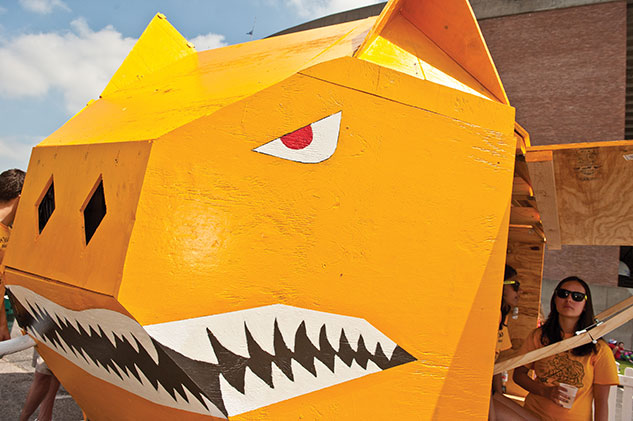 Wiess has made other contributions to Rice life — such as the Night of Decadence (NOD) party. George Pharr ’75, who became master of Wiess in the early 1990s, attended the first NOD in 1972. There were only about 30 male revelers in attendance. According to GeorgeWebb ’88, the themes of the annual frolic have morphed from “classically apocalyptic” (Fall of Rome, Armageddon) to movie puns (Lust in Space, 2001: A Space NODyssey) to more bawdy titles.

Wiess has also made its mark with the beloved homegrown musical “Hello Hamlet!” Written by George Greanias ’70, it was first performed in 1967 with Greanias in the title role. Putting old show tunes to the Shakespeare classic (“There is Nothing Like a Dane”), the play is now staged every four years by Wiess Tabletop Theater.

When the stress of dragging large wooden pigs across campus, coming up with salacious party themes and staging a “musical travesty” gets to be too much, there’s Mom’s Kitchen. Launched in 2006 by Carlyn Chatfield, a publicist and web editor in the computer science department, Mom’s Kitchen began as two-hour cooking classes for any interested parties at one of the Wiess communal kitchens. Eventually, the sessions evolved into culinary study breaks. Junior Joshua Kaye extols the fare, which ranges from kolaches to chili. Mom’s Kitchen can provide more than just sustenance, though: “It comes at a critical time during the semester,” Kaye said. “Sometimes, you just need a hug.”