Beware of asking historian Lisa Balabanlilar to tell you a little about her research areas — Mughal dynasties, women in Islamic history, imperial pleasure gardens and more. You’ll soon wish you could sign up for an entire class. Her infectious enthusiasm, encyclopedic knowledge and wicked sense of humor draw students to the classroom and alumni to the tours she leads through the Rice Traveling Owls program. Did an unconventional path to academia shape her teaching? We sat down with Balabanlilar soon after she’d been awarded the George R. Brown Prize for Excellence in Teaching to learn more. 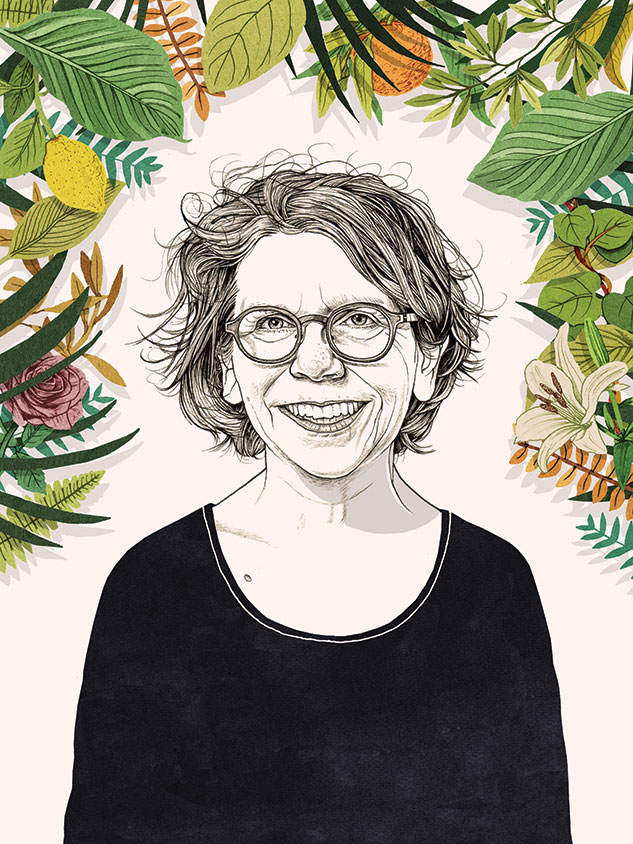 Taking the long way to academia
When I was a head resident fellow at McMurtry College, the adult team would host events and tell hilarious stories about their pasts. That’s how the word got out that I went back to school at age 38 to finish my bachelor’s, while raising a daughter and working part time as a waitress. Before going back to school, I’d traveled the world and lived and worked in Turkey. That’s where I ran a restaurant. The students were fascinated. I don’t really talk about [my story] in the classroom, but it comes up in the context of academic advising or going to graduate school.

‘History is useful!’
Because I had lived in Turkey and spoke the language, I had a dream of moving back there to work in refugee camps. But as I was finishing up my undergrad degree, my mentor said I should go to graduate school. He said, “You have to be a historian,” but I said I wanted to do something useful. He raged at me, “History is useful! History is useful!”

Finding a field
When I went to Ohio State for grad school, I studied Ottoman imperial history (roughly the 13th through the early 20th century). And yet I found Ottoman history to be very bureaucratic. The Ottomans were record keepers, so there’s a lot of dry, clerical documentation — tax and land records. You end up doing a history that is really kind of bloodless.

Falling in love with Indian Mughal history
I took a series of classes from Steven Frederick Dale, who worked on India and the Islamic world, and who wrote a book about Babur, the 16th-century founder of the Mughal Empire. They were Turco-Mongol, descendants of Genghis Khan and Tamerlane, their culture heavily influenced by Persian ideas. That’s a lot more interesting to me than the scribbles of bureaucrats and clerks. About four years into my graduate program, I went to Dale and told him I wanted to switch areas. He said, “Start studying Persian tomorrow.” 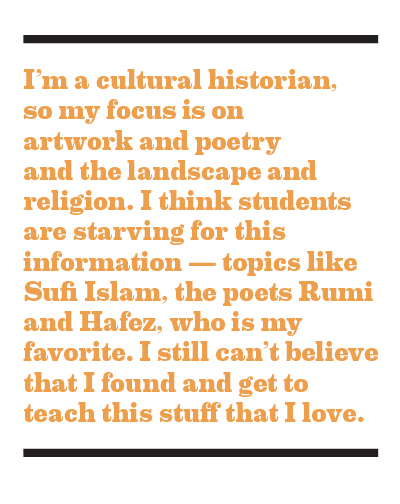 Renaissance people
Some scholars describe a sort of renaissance in 15th-century Timurid Central Asia. Like in Renaissance Italy, the artists and intellectuals of this time and place are interested in the individual, painting portraits, writing autobiography. So four members of this Mughal dynasty, including a woman, wrote meaningful memoirs. These were all public documents, not secret diaries, but they were deeply personal all the same. Many were translated by the 18th- and 19th-century Orientalist scholars of Europe, and the original manuscripts are now in the British Library.

Studying Jahangir
The guy I study is the Mughal emperor Jahangir [the fourth Mughal emperor of India, whose son Shah Jahan built the Taj Mahal], who was a drunk and an opium addict. He married a powerful older woman who ended up being his co-regent, and he adored her. In his memoir, he wrote about his alcoholism and how he’d replaced it with opium. These are complicated and utterly fascinating human characters.

Beyond battles
I’m a cultural historian, so my focus is on artwork and poetry and the landscape and religion. I think students are starving for this information — topics like Sufi Islam, the poets Rumi and Hafez, who is my favorite. I still can’t believe that I found and get to teach this stuff that I love.

Then and now
Americans don’t know much about Islam, and they’re not to blame for only knowing what they’re told, which tends to be a narrow, hysterical and biased interpretation. But what I do try to reinforce in every class I teach is that there are models for Muslim rule that cross the gamut — that could be very liberal, passionate and devotional. This austerity that people now perceive as being inherently Islamic is not representative of the history of Islamic rule. Islam in Northern India in the 16th and 17th centuries was intellectual and tolerant and fascinated by the human relationship with the deity. And that Islam still exists across the world.

Up close and personal
[Living in McMurtry] made me much more aware of the calendar of Rice student life. Now, I understand better what their stresses are and the fact that they have meetings and things scheduled at 10 and 11 at night. They sleep in because they’re exhausted. They work too much; it sensitized me to that.

Slow learning
I am an advocate of slow learning in that I think you need time to cogitate. And if you are just packing your brain with ideas and concepts and data all the time, you’re rushing from class to class, you’ve got three majors, then you’re not going to be the same kind of person, intellect, scholar, human being that you could be if you were to kind of slow down, think about what it all means, make those connections — or not. Take a nap. Stop. Get off the wheel.

This interview was edited and condensed for clarity and space.

Balabanlilar was recently featured in a video produced by the Association of Rice Alumni’s Traveling Owls.