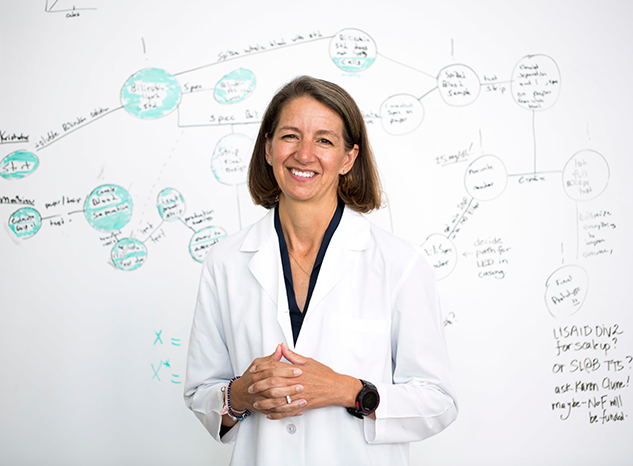 Courtesy of the John D. and Catherine T. MacArthur Foundation

THIS IS GENIUS: SEPT. 22 WAS A RED-LETTER DAY ON CAMPUS. That’s when the news broke that Rice bioengineer and global health pioneer Rebecca Richards-Kortum had received a MacArthur Fellowship, widely known as a “genius grant,” from the John D. and Catherine T. MacArthur Foundation. The founder and director of Rice’s award-winning Rice 360º Institute for Global Health, Richards-Kortum is the first Houston scientist, the first Houston woman and the first Rice faculty member to win the award. The fellowships come with a no-strings-attached grant of $625,000. MacArthur Fellows represent all disciplines and are chosen for “exceptional creativity, as demonstrated through a track record of significant achievement, and manifest promise for important future advances,” according to the foundation. “What characterizes Rebecca’s work is imagination, research and execution in the service of saving lives, notably the lives of poor infants and mothers,” Rice President David Leebron said. “She achieves her work through an extraordinary range of collaboration that empowers people around her, both professionals and students. She combines the teaching, research and service missions of the university to accomplish dramatic improvement in the lives of the poorest people and truly inspires her students to make a difference in the world.”
WEB EXTRA: See the MacArthur Foundation’s video profile on Richards-Kortum.

Our complete story on Richards-Kortum and the Rice 360º Institute for Global Health’s efforts in Malawi in Rice Magazine’s Winter 2017 issue.