By Kendall Hebert  •  5 months ago

From classroom to competition, student athletes overcome challenges every day, but the spring 2021 season introduced them to unprecedented obstacles. Between COVID-19 testing protocols and distancing measures, Rice Owls pivoted as a team — on the court, track and field — to discover alternative ways to train, form deeper camaraderie and fall more in love with their sport. 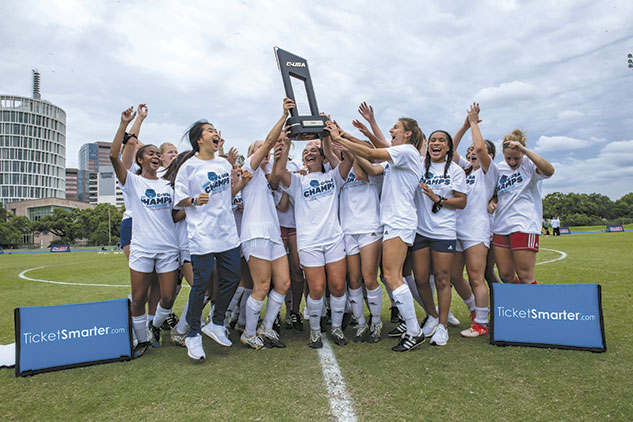 The No. 25 ranked soccer team celebrates its C-USA Championship win April 17, 2021, earning a spot in the NCAA Tournament. Photo by Tommy LaVergne

SOCCER
The soccer team entered national postseason play with an impressive 12-2-1 record, victorious in nine straight — eight by shutout — games. The team defeated the University of North Carolina at Charlotte 2-0 to win the program’s third Conference USA (C-USA) Championship and clinched an automatic bid to appear at the NCAA Tournament. “It’s a great sign of progress, but more importantly a fantastic achievement for our current student athletes,” said Brian Lee, the head coach who led the team to a conference title during his second season at Rice, in a postgame interview. “This is wonderful evidence of how much can be accomplished with a collaborative effort from everyone involved with the program.” UPDATE: The Owls went on to compete in the NCAA Tournament, advancing all the way to the Sweet 16, before being defeated by Virginia. 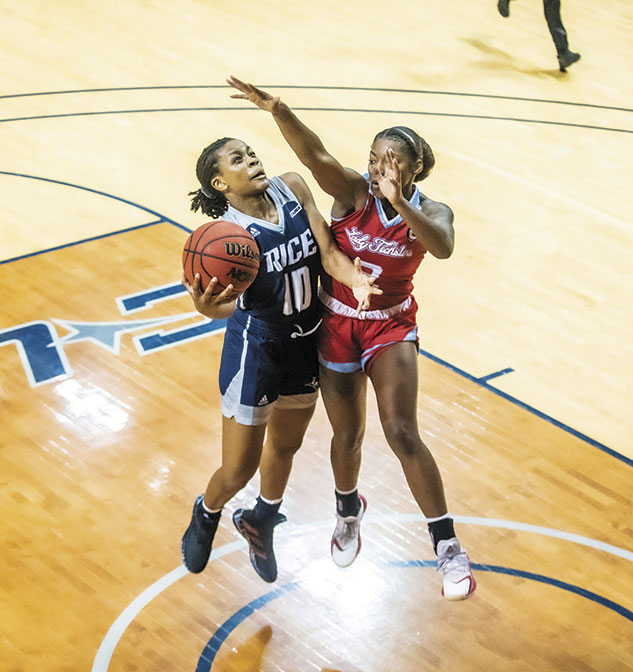 Guard Jasmine Smith ’22 goes up against a Lady Techster during a winning weekend series at Louisiana Tech in late February. Photo by Tommy LaVergne

BASKETBALL
Rice women’s basketball had an impressive 2020–2021 season with a 23-4 overall record. The team placed second in the C-USA Championship and won the Women’s National Invitational Tournament. “They’ve been through more than anybody knows,” head coach Tina Langley said in the season’s final postgame interview. “I’m proud of their resiliency and their character, and the way they stay together.” Her last season at Rice, Langley’s coaching career will continue at the University of Washington. She leaves Rice with an inspiring legacy, having recorded the highest winning percentage in program history (.673) and a 126-61 overall record. 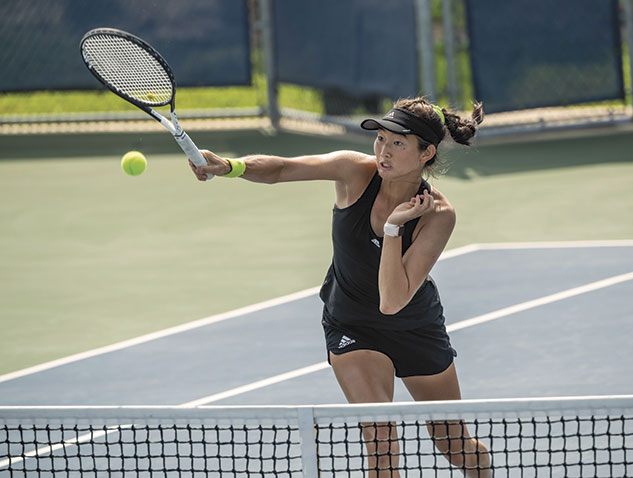 TENNIS
The first team to compete during the COVID-19 pandemic, women’s tennis initially started practicing as singles. “I told them it was an opportunity to work on our cardio,” said head coach Elizabeth Schmidt. “We kept a positive mindset and were dedicated to keeping the team healthy and safe so we could all play the sport we love.”

Despite the lack of team-building events this season, Schmidt said the group has grown closer. “When practice and competition become your only bonding opportunity, the team camaraderie gets even better,” she said. “We can be bummed about it, or we can cherish every minute together and represent Rice — and that’s what we chose to do.” Regarding the C-USA and NCAA championships in May, Schmidt said the team focuses on one match at a time. “COVID has taught us to play in the present and not look too far ahead.” 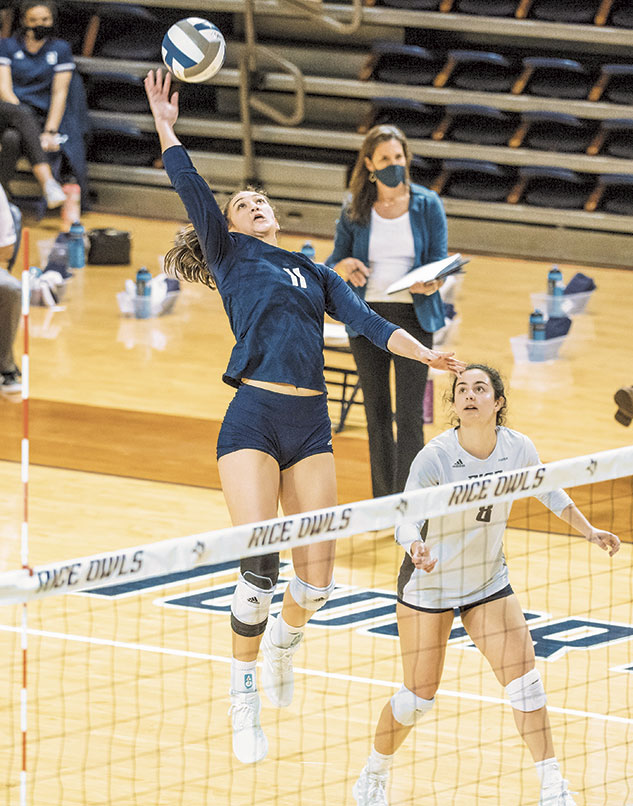 VOLLEYBALL
Everything about the Rice volleyball season was different this year — including the semester of competition. Playing their season in the spring instead of the fall, the team missed out on competition for more than a year. “Not being in uniform to play your sport for such a long time impacted all of them,” said head coach Genny Volpe. Despite the evolving training protocols, Volpe said the team kept moving forward and found ways to safely train. “A lot of creativity went into designing individual drills for a close-proximity team sport,” she said. The team worked on ball control, individual skills and watched film to train in new ways.

“We focused on the positives and made every moment together count,” Volpe said. Rice volleyball finished at the top of their division in conference play and ended their regular season with a bang, defeating Baylor University (No. 6) and the University of Texas (No. 2) before placing second at the C-USA Championship. 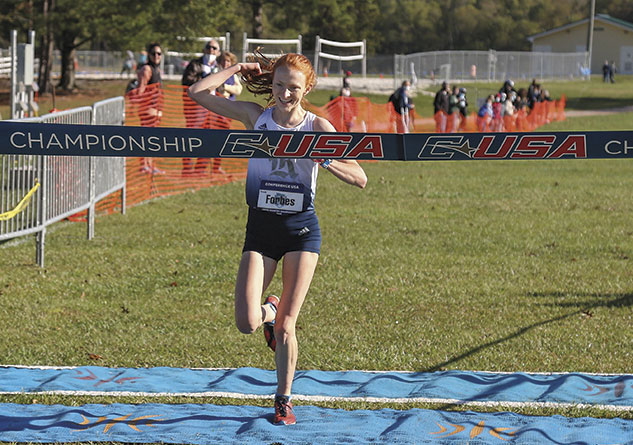 CROSS-COUNTRY AND TRACK AND FIELD
While cross-country experienced a one-meet season in the fall, the track and field team started their outdoor season early with a full spring schedule. “We were the sport that was delayed the longest from regular competition,” said head coach Jim Bevan. “We trained for a full year. That’s a long time to go without competition.” At Rice for more than 30 years, Bevan has noticed some silver linings during this challenging season. “We haven’t had our usual team colds and bugs because everybody is being safe,” Bevan said. The team also set new school records midway through the season. “We had one athlete do something that has never been done before because of the way the seasons landed this year,” Bevan said. “Sophomore Grace Forbes earned two All-American honors in a span of four days for both the 6,000-meter cross-country championship and the NCAA 5,000-meter track race.” Forbes also broke a new school record for the 10,000-meter, besting the previous record by nearly 16 seconds.