An Engine of Opportunity

An Engine of Opportunity 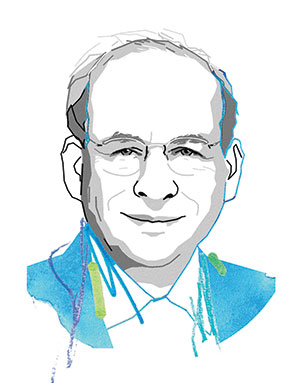 Over the course of its history, two positive ideals have defined the American experiment: governance by the people through democracy and individual liberty, including economic liberty. From the very beginning, the implementation of these ideas was flawed, with the Constitution countenancing both the abomination of human slavery and the exclusion of the majority of the population from participating in the democratic process. Much of our history since the country was formed has been the struggle, not always resulting in progress, to expand the right to participate in our democracy and bring to all people the opportunities provided by our individual liberties.

Higher education has played an important role in creating opportunity, especially for those from less privileged circumstances. Talented young people, regardless of their background, had a chance to advance through the accumulation of knowledge and skills. Many of the most renowned private educational institutions were created to serve the elites, but that was not true of Rice, which was free at its founding and for its first half-century. At the same time, at its founding, Rice was exclusionary and explicitly discriminatory and afforded no opportunity to a very large segment of the population, namely Black Americans.

In recent years, we have sought to extend opportunity more broadly. In 2018, we launched the Rice Investment, making undergraduate education free again (in terms of tuition, at least) for those who come from families with income lower than $130,000 (the 80th percentile). This pathbreaking program garnered national attention, not only for its level of support to lower- and middle-income students, but also for the clarity and transparency of the approach. We have also worked harder through our recruitment programs to find students from a wider range of backgrounds; today, lower income, first generation and underrepresented minorities constitute more of our population.

Recently we announced another major expansion of our student body. This follows the 2006–2010 expansion, which was the first significant rapid growth of the university since the expansion in the 1960s. This new decision, which we have begun implementing with this year’s incoming class, was only a decade and a half later.

Growth also affords an opportunity to increase our resources and expand our faculty and thus the scope of research and teaching endeavors. It also enables us to use our resources more efficiently, given that our physical plant and administrative structures can serve larger populations.

But the reasons for growth go beyond geography and finance. Forbes took notice of our decision, writing that other universities should follow Rice’s example: “The Rice plan affords a straightforward path to increasing the socioeconomic diversity of students studying at America’s leading universities. … If educating more diverse students is a genuine priority, admitting more of them and providing the necessary financial and educational support for their success are the obvious steps that must be taken. … Now, the question becomes, will more top-ranked universities follow Rice’s lead. They should.”

Indeed, one of the reasons for the expansion was to extend opportunity, to continue to fulfill the vision of being an engine of opportunity for promising young people, whatever their backgrounds and whatever their means. Of course, as we pursue this growth, we must preserve what has made Rice a distinctive educational environment. These include our supportive culture, attentive professors, a personalized educational experience and the unique residential environment. We must maintain a campus that provides beautiful green spaces and playing fields, even though it is near the center of the fourth-largest city in the country.

For Rice, being an engine of opportunity is deeply in our DNA, despite our foundational failures. We must constantly renew and extend that promise. We must also embrace new possibilities, and that commitment to opportunity also underlies in part our expanding online educational offerings. Equally, we are exploring new relationships with community colleges and historically Black colleges and universities.

Our first century showed that Rice transforms the lives and possibilities of talented young people. It requires greater resources, which is why funding the Rice Investment remains one of our top priorities. As we approach the second decade of our second century, we must remain as committed as ever to expanding access and possibilities. I often say that ultimately Rice is driven by three overarching and interwoven goals: excellence, opportunity and impact. This growth supports all three.