Twenty in Their Twenties

Twenty in Their Twenties

These young alumni have a zillion different dreams, but one thing in common — being a Rice grad is never far from their hearts and minds.

These young alumni have a zillion different dreams, but one thing in common — being a Rice grad is never far from their hearts and minds. Ranging in class years from 2010 to 2020, each is clearing a particular path — via music, public health, medicine, architecture, journalism, law, social justice advocacy, visual arts, engineering or biology — toward a better, more just world. And they are doing all these things with energy and imagination. In an imperfect world, this is perfect vision indeed. 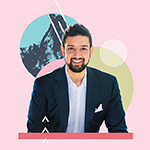 Ian Akash Morrison ’13
After graduating from Rice with a degree in electrical engineering and working for four years in finance, Ian Akash Morrison quit his job. “It was a bit of a leap of faith,” Morrison says. “I was afraid I was getting pigeonholed in one type of career.” Read more 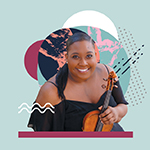 Chelsea Sharp ’15
Violinist Chelsea Sharpe has performed at Carnegie Hall and the Hollywood Bowl and has been conducted by everyone from John Williams to Kanye West. As a fellow at the New World Symphony Orchestra in Miami, Sharpe is one of classical music’s rising stars. Read more 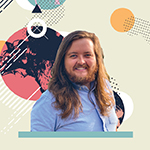 Eric Stone ’19
Eric Stone says he feels as busy as a one-armed paperhanger most days. He produces one to three daily news stories for the people of Ketchikan, Alaska, an island town with a population of about 8,000 — and a place he had never been to before reporting for duty to cover it. “It’s not as cold here as you might think,” he says. Read more 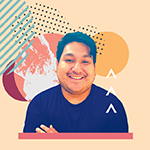 Estevan Delgado ’13
Estevan Delgado serves as program manager for the Hispanic Impact Fund at the Austin Community Foundation, working to improve economic security and advancement across Central Texas. At its heart, his job is about listening and advocating for support. Read more 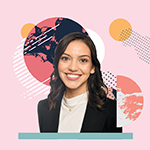 Cassy Gibson ’17
In tech, you hear phrases like ‘human design,’” Cassy Gibson says, “but so much of technology is actually exploiting human traits instead of supporting them.” Understanding user and patient needs is the basis of Gibson’s work as a user experience (UX) designer.  Read more 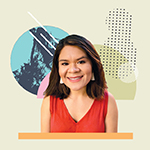 Angelica Razo ’16
Angelica Razo wants to use her leadership skills to uplift the Latino community by ensuring that they participate fully in democracy. “We need to demand that our community be part of decisionmaking processes that impact us,” she says. Read more 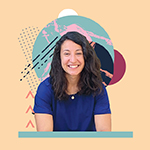 Lillian Seidel ’15
On the second anniversary of her ACL surgery, Lillian Seidel ran her first half-marathon. She followed it with a half-Ironman relay, which she’s done three times now, as well as running several 10K races. Seidel works in child welfare in Texas as a government innovation fellow at the Harvard Kennedy School. Read more 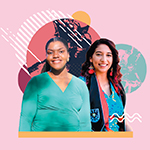 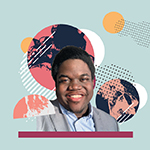 Justin Onwenu ’18
Justin  Onwenu is committed to bringing about change by building coalitions and responding to community needs. He has accomplished a lot in a short time, from working with residents to secure air filtration systems in schools to serving as the youngest appointee to the Michigan Advisory Council for Environmental Justice, the first convened in state history. Read more 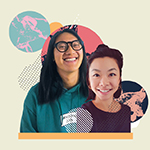 Dolly Li ’12 and Joey Yang ’12
In early 2020, Dolly Li and Joey Yang launched “Plum Radio,” a show that airs on Instagram Live and is released as a podcast. The show includes news, commentary and interviews. Yang’s time at KTRU and Li’s experience as a video journalist make them naturals. Both approach the news from an unapologetically leftist viewpoint, and neither is afraid to take a critical cultural stance. Read more 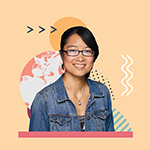 Daisy Chung ’14
Daisy Chung has never been one to limit her options. At Rice she studied both of her passions — biological sciences and visual art. “I was the only student at the time pursuing both majors,” Chung says. “Once I realized I wanted to become a science illustrator, I essentially invented my own path and designed an independent study course under the guidance of Natasha Bowdoin, my mentor.” Read more 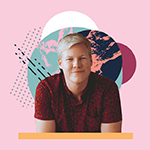 Nathan Bonnes ’15
Nathan Bonnes’ foray into the Texas music scene began in high school, playing at local venues in Corpus Christi, his hometown. At Rice, he found there wasn’t a place where musicians could regularly perform; so in 2012, Bonnes partnered with Rice Coffeehouse and headlined the first Coffeehouse Goes Acoustic event. Read more 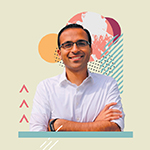 Raj Salhotra ’13
When you speak with Raj Salhotra about his mission to improve opportunities for under-resourced students, your first response is to ask where to sign up to help. The focus of his enthusiasm is Momentum Education, a nonprofit that provides mentorship, scholarship funding, and college and career counseling to high school and college students in the Houston area. Read more 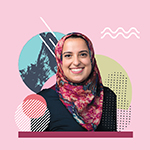 Doha Aboul-Fotouh ’15
What is most striking about Doha Aboul-Fotouh is her profound sense of gratitude. When asked about her experiences as an English major, her studies at Baylor College of Medicine, her pediatric residency, her poetry or her family, she always starts out with, “I’m so very grateful.” It is this sense of thoughtful reflection that permeates her writing as well as her practice of medicine. Read more 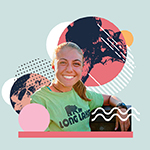 Lucrecia Aguilar ’18
In her senior year, Lucrecia Aguilar won a coveted Thomas J. Watson Fellowship. After graduation, she traveled to 17 countries to explore big cat conservation and human-wildlife coexistence. With big cats on the brink of extinction, Aguilar is determined to find solutions for these endangered species. She’s now pursuing a Ph.D. in conservation ecology at Harvard University. Read more 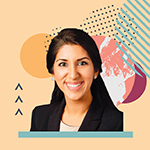 Trishna Narula ’11
Trishna Narula has helped lead programming at Harris Health in Houston, where 90% of patients are uninsured or underinsured. Patients of her “Food Farmacy” receive “food prescriptions” to be redeemed for 30 pounds of fresh produce every two weeks, coupled with support from staff nutritionists and trained professionals to help navigate federal food benefits. Read more 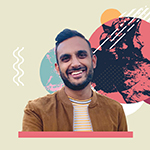 Shaan Patel ’14
Shaan Patel is only 28 years old, but his resume reads like one that belongs to a seasoned professional — he’s an architectural designer, owns a design and construction firm, is a cast member of a reality television show, writes a blog and belongs to two nonprofit boards that advocate for better living conditions in Miami-Dade County. Read more 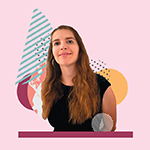 Kim Rightor ’16
In March, Kim Rightor was a year and a half into her Peace Corps stint when she and more than 7,000 other volunteers were evacuated due to COVID-19 — the first global evacuation in the organization’s history. “It was definitely dramatic,” Rightor says. “Once I received the email, I had 12 hours to pack up, say my goodbyes and evacuate.” Read more 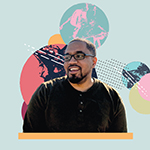 Cortlan Wickliff ’10
As a child, Cortlan Wickliff was fascinated with electronics and eager to invent medical devices. But the death of his father from a heart attack changed his focus. Instead of designing the equipment, he wanted to find ways to reduce the time it takes to get technology to market by efficiently navigating legal and technical hurdles. At 10 years old, his three-degree plan was hatched. Read more 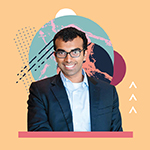 Vivas Kumar ’14
As an electrical engineering major, Vivas Kumar learned a lot about batteries and energy storage for electricity. After graduation, he joined Tesla’s battery materials team. “I like to think of Tesla as a battery and software company that happens to make cars,” Kumar says. “Electric cars are on the road today because of the decades of electrical engineering innovation on battery technology.” Read more 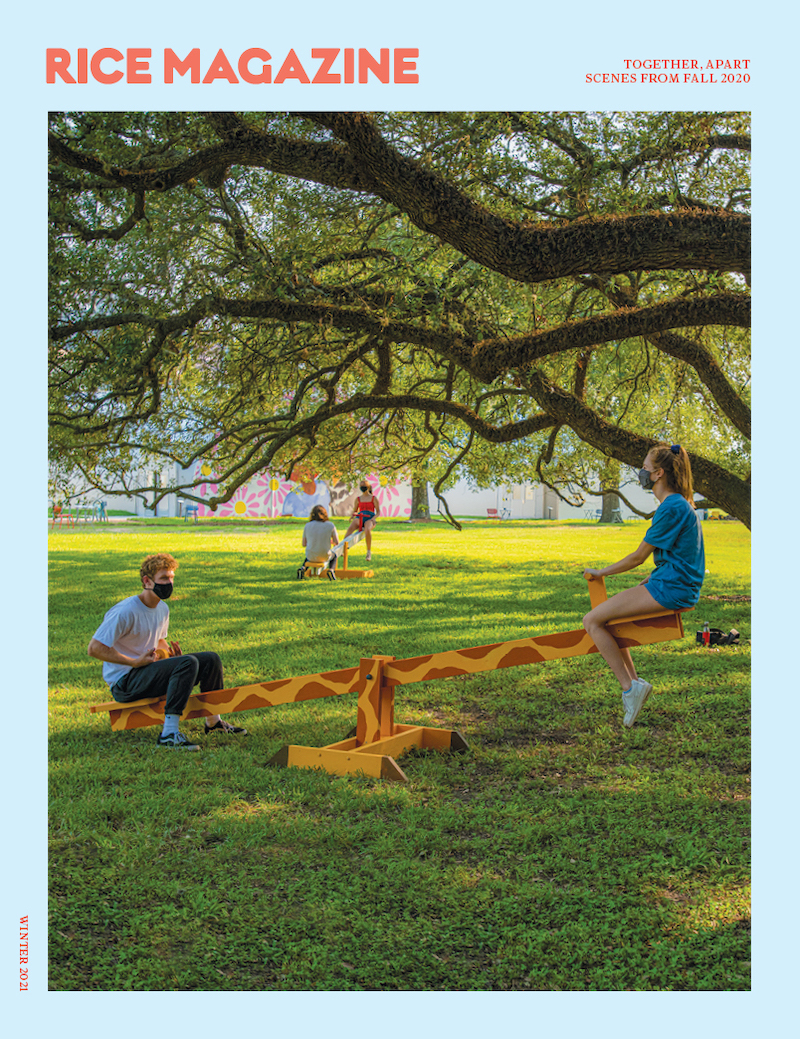