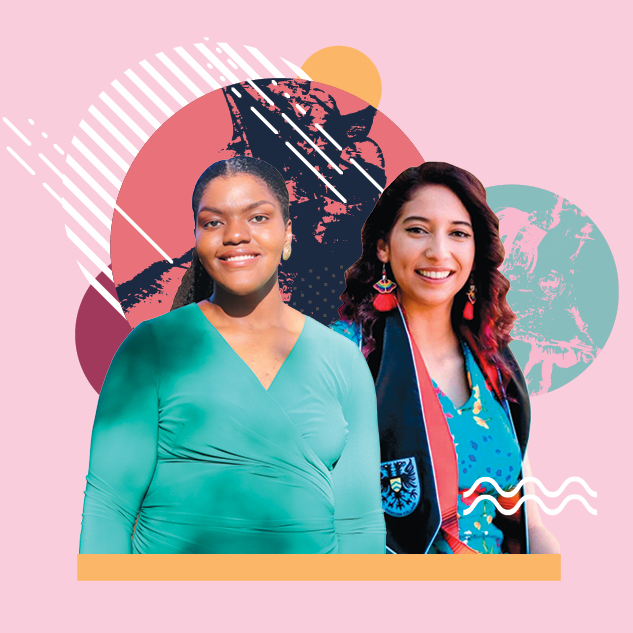 The murder of former Houston resident George Floyd in late May struck a chord with Summar McGee and Sonia Torres Rodríguez, as it did for so many people around the world.

“I was asking myself, what can you tangibly contribute?” McGee explains. “And then I thought about what I had at my disposal, which was the Rice network. The network is huge, and you have access to almost unlimited resources.” She began talking with Torres Rodríguez, whom she had met through the George R. Brown Forensics Society, about starting a new organization dedicated to racial justice.

“We wanted to create a group that wasn’t just limited to current Rice students,” Torres Rodríguez says. “Campus groups are great, but you belong to them for four years and then you graduate.” Torres Rodríguez currently works as a researcher at the Urban Institute, while McGee is a first-year master’s student in American studies at Brown University. Rice for Black Life quickly attracted about 60 members, both current and former Owls. Other members in leadership roles include Black student activists Anu Ayeni ’21, Kendall Vining ’22, Magdah Omer ’22, Malaika Bergner ’23, Martina Faciane ’21, Michelle Fokam ’20, Morgan Seay ’22, Nia Howze ’22, Shifa Rahman ’22, Taylor Crain ’21 and Zahrah Butler ’23.

Operating as a nonhierarchical collective, the group chose as its first action a one-day “contact-a-thon” to raise money for Houston racial justice groups. They set up a GoFundMe campaign with a target of $2,500 to be divided among the Texas Organizing Project, Indivisible Houston, Pure Justice and the Houston chapter of Black Lives Matter. Using their new Facebook page, the group recruited nearly 300 volunteers to send out personalized donation appeals. The campaign went live on the morning of May 31, and the team spent the day sending dozens of social media messages and emails to everyone they knew. By midnight, they had raised an astonishing $93,362 — more than 37 times their original goal — from over 2,200 people.

Rice for Black Life’s success inspired groups at Cornell, Wesleyan, Lehigh and other universities to launch similar fundraisers. McGee and Torres Rodríguez created an online toolkit with fundraising templates and advice on how to conduct a contact-a-thon.

To Torres Rodríguez, the fundraiser’s success demonstrated the reach of the Owl network. “This was just Rice kids dialing, texting, tweeting and Facebooking,” she says. “Sometimes you forget the power of getting together with people who share your cause.”