By Katelyn Powell  •  3 months ago 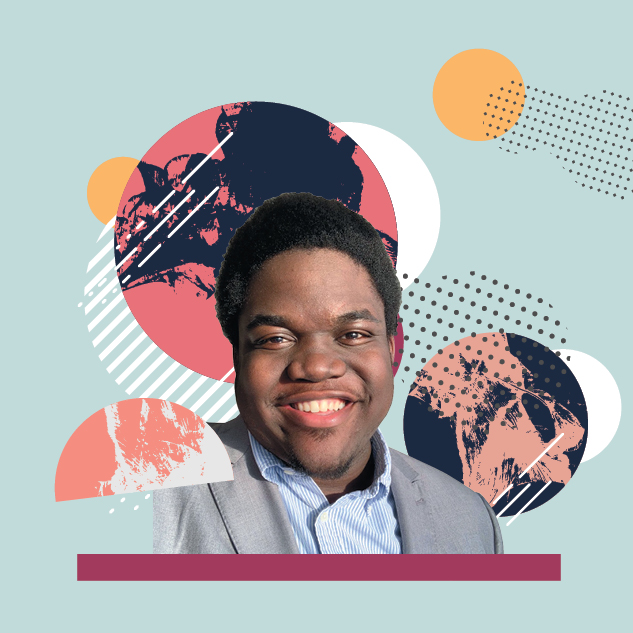 When the wail of sirens signals disaster, most people run for cover. But for Justin Onwenu, the sound of an alarm means it’s time to roll up his sleeves and get to work. As the 2017–2018 Rice Student Association president, Onwenu was one of the first students called upon when Hurricane Harvey devastated Houston. The crisis response that followed changed his outlook on life.

“I remember calling my mom so overwhelmed by the gravity of everything. … That was a turning point. I realized I wasn’t going to medical school. The environment people live in, the crises people face and their access to good jobs, nutritious food, clean air and adequate housing all have a significant impact on their health before they step foot in a doctor’s office,” he says.

After graduating, Onwenu returned to Michigan and began working for the Sierra Club in Detroit as a community organizer focused on environmental justice issues. When a new crisis hits, his job takes a turn. Some weeks, he pivots from rallying with citizens outside of state agencies to helping draft city ordinances to protect drinking water. But the goal of each day is the same — to make sure people have a healthy environment to live in.

Onwenu has accomplished a lot in a short time, from working with residents to secure air filtration systems in schools to serving as the youngest appointee to the Michigan Advisory Council for Environmental Justice, the first convened in state history. He’s committed to bringing about change by building coalitions and responding to community needs. “There’s this perception that there’s only one solution or one way to do things. Being active civically doesn’t just mean going to protests or sharing posts on Facebook. … We need people fighting for justice as researchers, teachers, lawyers, artists — we need everybody.”