I’m a Nerd About Gaming

I’m a Nerd About Gaming

Jaylen Carr has taken a childhood passion for video games to the next level. 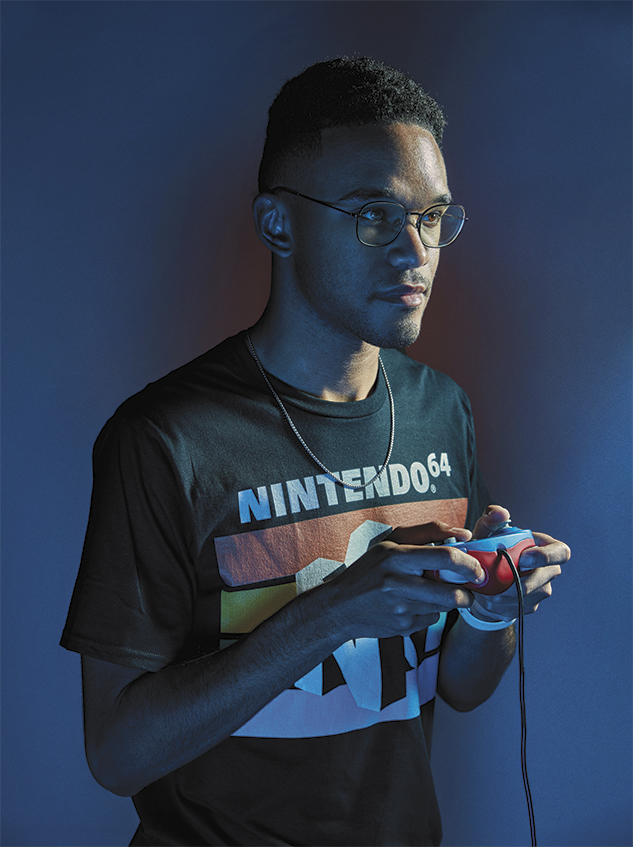 When he was 3 years old, Jaylen Carr’s parents gave him a Nintendo GameCube and the Super Smash Bros. Melee game for Christmas. “And that was just the impetus of everything that would come,” he said.

Since then, the Martel College senior has become an avid fan of the gaming world, taking time to explore how they’re made and what video games mean for socialization today. “It all started with the GameCube and Smash. From there, I had a lot of fun branching out and learning more about Nintendo’s franchises and all of their internal operations,” he said.

This passion even led him to an internship with Nintendo the summer after his sophomore year. “Interning at Nintendo was a dream come true,” Carr said. “I literally grew up on their products, and they have been there through every phase of my life. So it was surreal to have the opportunity to give back to the company.”

Carr attributes his appreciation for gaming to the escape from reality that it offers. “I found that video games have always been really good for me to decompress and just kind of exist, to plug in and play something,” Carr said.

Carr has co-taught a college course called Super Smash Theory for two semesters, along with Duncan College senior Daniel Christl. He says the best part for him is being able to use his status as a gaming nerd to help others learn and grow.

“Gaming is about bringing people together,” Carr said. “It is as valid an interactive medium as watching movies, listening to music — any of the other things that we do on a day-to-day basis. Anyone can get a lot out of it.”

Get your game on

“Due to the accessible nature of gaming, anyone can become an expert relatively easily. But not all games are created equal in terms of being accessible, so it’s important to land with ones that resonate with you personally. I find resources like YouTube Gaming or console Reddit websites to be supremely accessible resources for learning more about games. YouTube, specifically, has a host of gaming analysts ranging from beginner-friendly to advanced who can help you align with people who have similar interests and experience levels.”