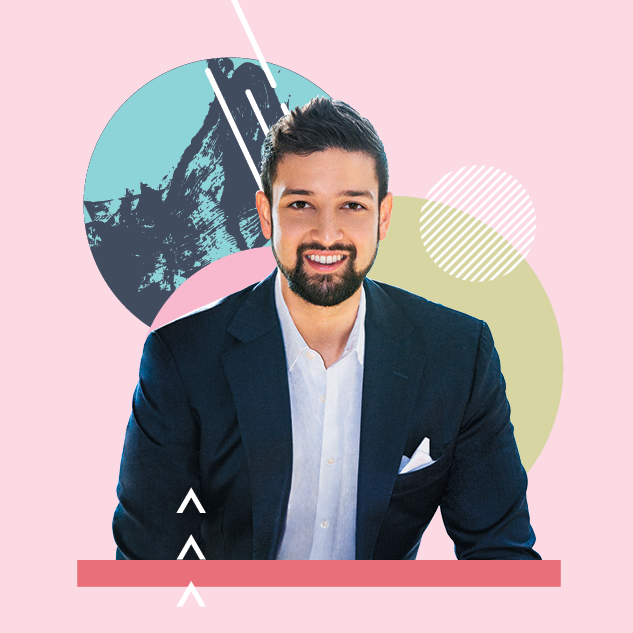 After graduating from Rice with a degree in electrical engineering and working for four years in finance, Ian Akash Morrison quit his job. “It was a bit of a leap of faith,” Morrison says. “I was afraid I was getting pigeonholed in one type of career.”

That singular leap led Morrison down a path of his own choosing. Three months into his work sabbatical, Morrison was asked by a friend to help launch a biotech company in Los Angeles. He had long been drawn to entrepreneurial risk-taking — “this idea that you can go out and start a business, and you can succeed or you can fail,” Morrison says.

In fact, it was at Rice that Morrison got his first taste of building something from the ground up. In 2012, along with fellow Will Ricers Vivas Kumar ’14 and Veronica Saron ’14, MBA student Darren Clifford ’13, and alumnus Bryan Hassin ’01, Morrison founded OwlSpark, a business accelerator that launches startups from idea to commercialization. The program is still going strong, having launched more than 50 startups that have raised more than $19 million in funding to date.

Morrison left his initial startup, but stayed in LA to found Optio Ventures, an advisory firm whose formal mission is “to empower anyone from any background to dream big, innovate boldly and fearlessly build transformational technologies to solve the world’s greatest problems.” Or, as Morrison explains, “We help startups raise money to do cool things.”

He’s also deepening his entrepreneurial credentials as the co-founder and CEO of Avesta76 Therapeutics, a company that grew out of research conducted by both his grandfather, Yogesh Awasthi, and his uncle, Sanjay Awasthi, an oncologist and scientist at Texas Tech University. Avesta76’s mission is to develop disruptive new treatments for cancer.

When not working two demanding jobs, Morrison is taking advantage of all that LA’s environs have to offer — hiking in the mountains and surfing or sailing in the ocean. He also stays active in the Rice alumni community and recently completed service on the Rice Engineering Alumni board. Three years after taking a risky leap of faith, Morrison has found his element.