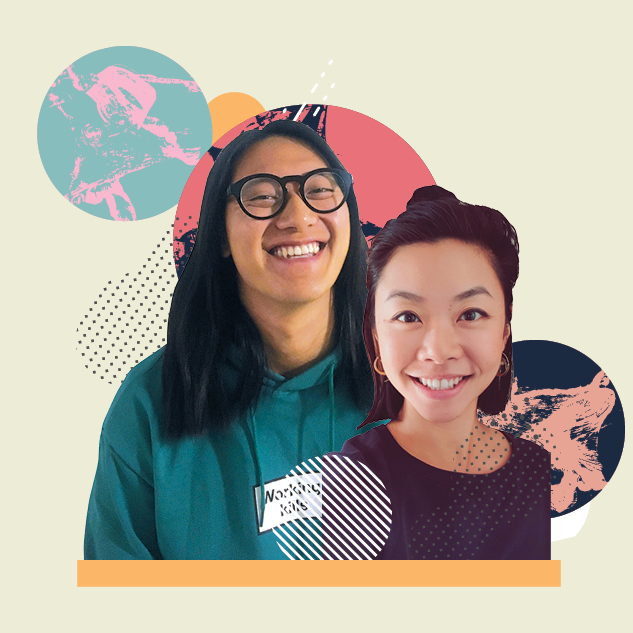 Dolly Li grew up in New York City listening to the local Cantonese-language radio station, 1480 AM, with her family. The station carried traffic and weather reports and played music, but also covered stories of particular interest to the Asian American community, such as the 2003 SARS outbreak in Hong Kong. Last December, Li was listening to the station with her mother when she came up with the idea of starting an English-language version.

“I loved the range of information that was available, and I realized that there wasn’t anything else quite like that,” says Li, who now lives in Brooklyn. For technical help, she reached out to her friend, Joey Yang, an Oakland-based web designer whom she met at Rice. Yang, who had been a DJ at KTRU, told Li that buying a terrestrial broadcast license would cost several hundred thousand dollars, but that they could start an internet radio station with just a few hundred dollars of equipment.

In early 2020, they launched “Plum Radio,” a show that airs Sundays at 4 p.m. Eastern time on Instagram Live and is released as a podcast the following Wednesday. Hosted by Li and Yang, the approximately hourlong show includes news, commentary and interviews.

Yang’s time at KTRU and Li’s experience as a video journalist — she’s reported for Al Jazeera and the South China Morning Post — make them naturals. Both approach the news from an unapologetically leftist viewpoint, and neither is afraid to take a critical cultural stance.

Last December, Li was listening to the station with her mother when she came up with the idea of starting an English-language version. … “I loved the range of information that was available, and I realized that there wasn’t anything else quite like that.”

On the first episode, Li and Yang decried what they call “boba liberalism.” Named after the bubble tea houses ubiquitous in Asian American communities, the term refers to a shallow version of cultural pride focused on food rather than politics. Just because Asian food and culture are increasingly popular, Yang argues, doesn’t mean that Asian Americans have achieved full equality.

Li and Yang frequently bring up the history of anti-Asian discrimination in America, dating back to the Chinese Exclusion Act of 1882, as a way to encourage solidarity between the Asian American and African American communities. George Floyd’s murder in late May became a focus of Li and Yang’s weekly episodes. Li has been reporting on the Black Lives Matter movement since 2014. “The more you know about the history of the civil rights movement [and] about Black American history, the more you realize that your own immigration history is intertwined with that movement,” she says.

Li and Yang want to use their radio show to educate their audience and themselves about that history. “To understand how we got to where we are today requires us to dig in and relearn some things,” Yang says.