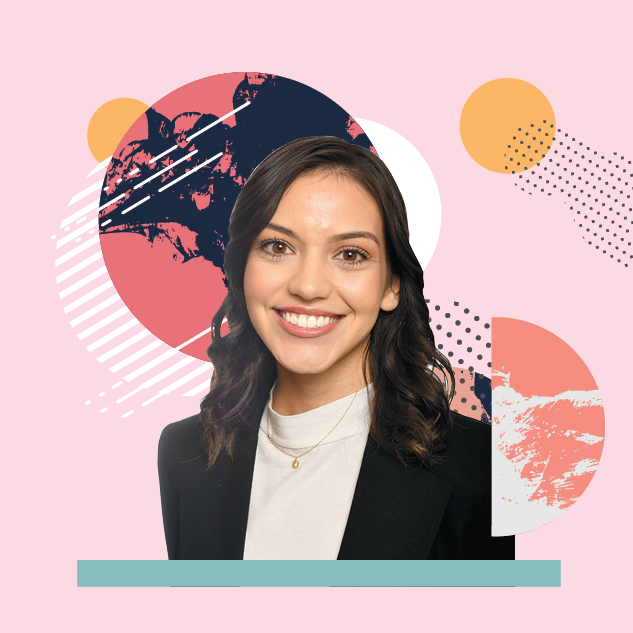 In tech, you hear phrases like ‘human design,’” Cassy Gibson says, “but so much of technology is actually exploiting human traits instead of supporting them.” Understanding user and patient needs is the basis of Gibson’s work. As a user experience (UX) designer in health care technology, she interviews patients and creates blueprints for digital systems that cater to the real people behind the screen, making sure the technology is accessible and inclusive for everyone who uses it.

Gibson started at Rice on the pre-med track. After completing her requirements, though, she switched to an English major, wanting to reinvigorate her studies with her love for literature and writing. When Rice piloted the medical humanities program, she was able to join the worlds of science and humanities and became one of the first two students to graduate with the minor.

In fact, Gibson first encountered UX design in Kirsten Ostherr’s Medical Media Arts Lab. She made her first app for Texas Children’s Hospital in the class and has been dedicated to unlocking the potential of humanism in tech ever since. Now based in Los Angeles, Gibson is navigating leadership and entrepreneurship on her own terms. In addition to her current work at Sidebench, a technology consultancy, she co-founded a women’s health startup and is a part of Vital Voices, an international initiative that brings together and empowers female leaders. She also has co-authored a chapter about acknowledging and resolving bias in artificial intelligence in a recently published book.

At home during the pandemic, she has been sending customized embroidery to Rice friends in exchange for donations to Black Lives Matter charities. Gibson explains, “What’s most important, whatever you’re doing, is that it’s done in a way that is human-centered and thoughtful. It feels urgent, now more than ever, to do things with social impact.”