By Katharine Shilcutt  •  9 months ago 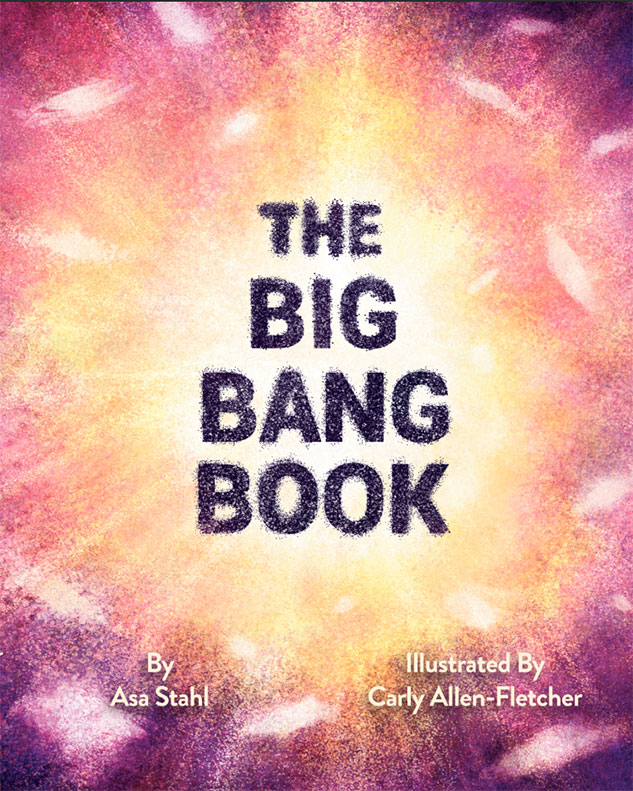 Filled with rich illustrations, “The Big Bang Book” presents the mystery of how the universe began in a way that’s easy for anyone to understand. It’s a project that was particularly fitting for astrophysicist Asa Stahl. The graduate student is pursuing his Ph.D. in physics and astronomy at Rice, and his mother is children’s book author Marissa Moss, best known for the “Amelia’s Notebook” series.

Most of the space in “The Big Bang Book” is committed to lush illustrations from Stahl’s collaborator, Carly Allen-Fletcher, with only a few important words per page. This was by design.

“It was excellent practice for me as a science communicator to be able to tell a story to children in this way because it shows not only do I understand this stuff, but that I can communicate it well to anyone,” said Stahl, who plans to continue research and science communication after completing his Ph.D.

“It’s always harder to tell a story in fewer words and with simpler words, but it really goes to show how well you know a subject,” Stahl said. “It would be much easier for me to write a five-page essay on all of this than it was to write, you know, less than a paragraph.”

Even then, he said, he couldn’t resist an author’s note that explains much of the science. The book also comes with annotated sources for teachers or parents to reference, as well as lesson plan suggestions for making the most out of the material.

“Educating the public on discoveries forwards the cause of science just as much as making the discoveries themselves.” Most of all, Stahl said, he wanted to make a book that was re-readable. “I distinctly recall the books that I read a bajillion times as a kid — or rather that I had my mother read to me a bajillion times as a kid — and I hope that ‘The Big Bang Book’ would be one that a parent would not resent reading too much.”