By Jennifer Latson  •  7 months ago 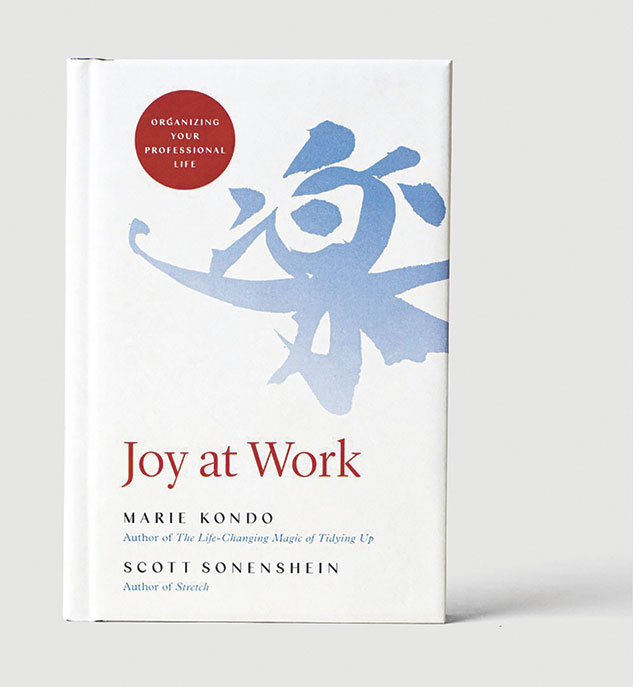 Clutter can be more than a distraction — it can suck the life out of your career. In their new book, “Joy at Work,” tidying expert Marie Kondo and organizational psychologist Scott Sonenshein, the Henry Gardiner Symonds Professor of Management at Rice’s Jones Graduate School of Business, make the case that simplifying and organizing your work life can help you focus on what’s important and bring joy back to your job. Rice Magazine contributor Jennifer Latson spoke with Sonenshein about how we can all achieve tidier, more meaningful work lives.

Q: Do the lessons in the book apply to everyone? Aren’t some jobs just inherently miserable?
A: That’s actually the surprising thing about work: While some jobs have more exposure to things people find unpleasant, what really predicts our joy at work is our attitude — and the stories we tell ourselves. A lot of research shows that just the way we frame our jobs makes a huge difference. In one study, researchers talked to a woman who has a cleaning job in a hospital, dealing with some of the most unpleasant tasks imaginable — and statistics show that janitorial work is one of the least enjoyable jobs. But this woman framed her job by thinking of herself as part of the care team, along with the doctors and nurses. She’s not dispensing medication. She’s dispensing smiles. Thinking of it that way brought her a sense of meaning and made the work rewarding.

Q: You use the term “clutter” to mean not just physical clutter, but also the tasks that get in the way of our “real” work. Where do we find this kind of clutter, and how do we get rid of it?
A: Email is a great example. People spend up to half their day on emails, and a lot of it is not useful. We create a lot of our email problems from fear that we’re not visible enough, that we don’t look like we’re working hard enough. So we send emails and then we get all these emails back that we then have to answer. If we can build confidence in our standing at work, that we’re doing enough and are valued, we can control that problem of emailing out of anxiety, thinking that email will be the way that our performance will be evaluated or measured.

Q: What’s wrong with multitasking?
A: Science makes it clear that there’s no such thing as multitasking. What we’re doing is switching between tasks very rapidly, and every time we switch, there’s a mental and time cost. Every time you check an email in a meeting, you stop listening, so you’re missing out. What we need to figure out is: What’s driving this multitasking? Do you feel like you have too much to do and not enough time? Or is it because you’re not really engaged in what you’re doing? If it’s the second one, we need to spend some time exploring why that’s the case. It could just be out of habit: You have your phone nearby, and it’s really hard to ignore.

Q: Is part of our clutter problem due to the fact that we’re more distracted than ever before, thanks to our devices and all the demands they place on our attention?
A: When clutter starts to build, it’s easier for it to keep accumulating. Once you have a bunch of emails, there’s the sense of, “What’s 15 more?” But I think we’re intentionally distracting ourselves, too. On one level, it’s a lot easier to send off a bunch of emails than to focus on a long-term project. But focusing on these superficial tasks distracts you from the true meaning of your work. The point is not simply getting rid of these things to free up time, but to get in touch with your purpose at work. The piles of mess obscure that true purpose. This is something people often have a hard time with. How many of us just give ourselves permission to dream about what we want our work to be? It’s empowering, but it is a little scary, and people don’t always want to feel as vulnerable as you do with that kind of self-discovery. It means asking, “Can I really do this? Can I make a difference?” You can’t know that until you open yourself up to thinking about how you really want to feel at work. And clutter distracts from that journey of self-discovery. 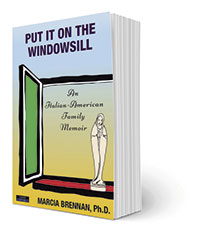 Put It on the Windowsill
An Italian-American Family Memoir
Marcia Brennan
Dark River, 2019

When Marcia Brennan’s mother wanted to guarantee good weather for a special occasion, she’d place a statue of the Virgin Mary on the windowsill — and it worked. On her father’s dresser, meanwhile, stood a statue of Joseph cradling the baby Jesus in one arm. In the other arm, Brennan’s father had placed a dime. Brennan, who teaches art history and religious studies at Rice, explains that Joseph served as the patron saint of their home; her father believed that keeping a dime on the statue ensured there would always be enough money for the family. And there was.

“Just as these sacred figures were associated with the transcendent, so too were they deeply integrated within domestic settings, where they were actively used,” Brennan writes in “Put It on the Windowsill,” her memoir. “In houses like the one I grew up in, such sacred objects were living presences because they were actively a part of our lives.”

In Brennan’s childhood home, the saints were as real — and as powerful — as the relatives who were constantly preparing food and issuing blessings, along with the occasional curse. In this collection of anecdotes and musings, sprinkled with recipes, Brennan recounts the ways her colorful relatives and the spiritual practices she grew up with shaped her life and illuminated the quirks of Italian-American culture. 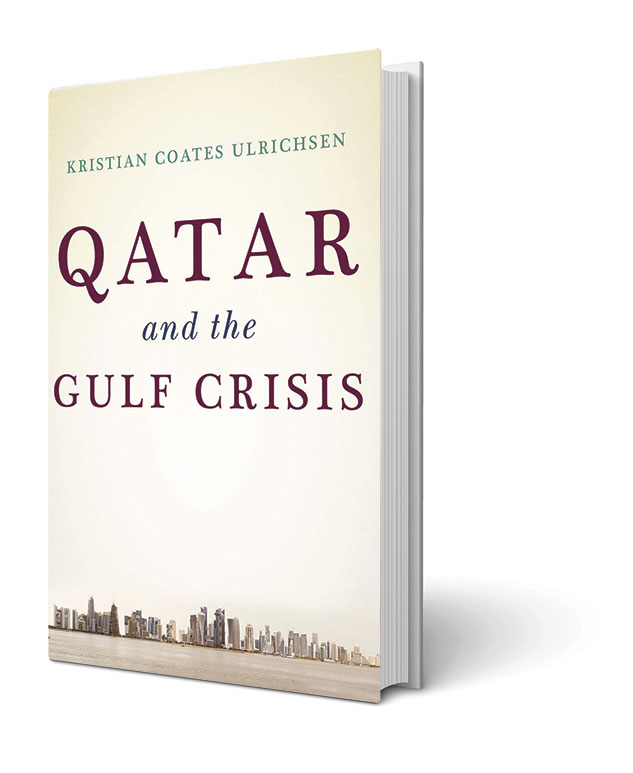 Three years into its standoff with the Middle East’s so-called “Anti-Terror Quartet,” Qatar still appears unlikely to give in to the group’s demands — and the quartet seems equally unlikely to back down. Because Qatar is set to host the FIFA World Cup in 2022, its restricted borders and airspace could soon pose very public problems.

In “Qatar and the Gulf Crisis,” Kristian Coates Ulrichsen, fellow for the Middle East at Rice’s Baker Institute for Public Policy,  breaks down the historical steps that led Saudi Arabia, the United Arab Emirates, Bahrain and Egypt to impose a blockade on Qatar in 2017, triggering a crisis that has heightened long-simmering tensions between the Gulf states. The blockade was meant to isolate Qatar and force it to submit to its powerful neighbors, who expected that the vulnerable state would cave within days. Coates Ulrichsen argues that it may have made Qatar stronger and more united instead.

The Gulf crisis “has taken on aspects of a long-term ‘cold war’ stalemate between parties unable or unwilling to find a middle ground to negotiate over,” he writes. While there may be no easy solution to the crisis, Coates Ulrichsen’s examination of the factors involved helps illuminate what works and what doesn’t in international affairs, where cavalier power plays carry the risk of falling short — and compromising credibility on a global scale.