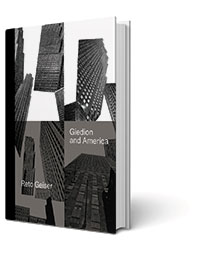 While other intellectuals emigrated from Europe to America on the eve of World War II, driven into exile by persecution and political destabilization, the Swiss architecture critic and historian Sigfried Giedion never intended to make the U.S. his home — even though he spent significant chunks of time here. The author of the influential 1941 book “Space, Time and Architecture” considered himself Swiss first and foremost but drew inspiration from both sides of the Atlantic.

“His partial emigration was predominantly motivated by the relocation of his personal network, rather than the immediate threat of war,” writes Rice School of Architecture Associate Professor Reto Geiser in “Giedion and America.” “While he praised America as a place of innovation, a place that held promise for the future, Giedion always maintained strong ties to Europe.” Giedion’s permanent state of displacement — his perpetual in-betweenness — positioned him at the intersection of vastly different cultural forces, which created challenges as well as opportunities to stretch his understanding of art and architecture, Geiser writes. Organized into four sections based on the ways in which Giedion found himself “in between” worlds, “Giedion and America” explores how the critic’s time in America influenced his work — and how he came to embody a cultural bridge between Europe and the U.S., where his ideas transformed modern architecture in different ways.  — Jennifer Latson 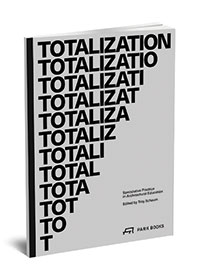 Troy Schaum wants Rice’s architecture students to leave the university with everything they need to not only work, but also lead. To that end, the associate professor and architect was an early proponent of teaching, along with the basics, the far-reaching implications of practice in a world that grows more complicated — and unpredictable — by the day. That describes the school’s Totalization Studio, which, for nearly a decade, has provided hundreds of students with the know-how to tackle the technical, collaborative, financial and political issues that come with every project.

Schaum, now the program’s director, felt it was time for a summing up. “Totalization,” published last fall,
is a collection of essays and examples from Rice colleagues, alumni and collaborators in associated fields who offer the benefit of their experience to students in Houston, at the Paris campus, at their own shops in New York and elsewhere. “One of the important parts of Totalization Studios is that almost all of our faculty are practitioners,” Schaum said. “Students don’t often get to see how our practices impact our research or teaching, so some of Totalization involves faculty presenting their practice work as part of the course and having a conversation around that work,” he said. “They get to see ideas that may seem theoretical or couched in academic terms are actually challenges we’re struggling with in the field.”   — Mike Williams 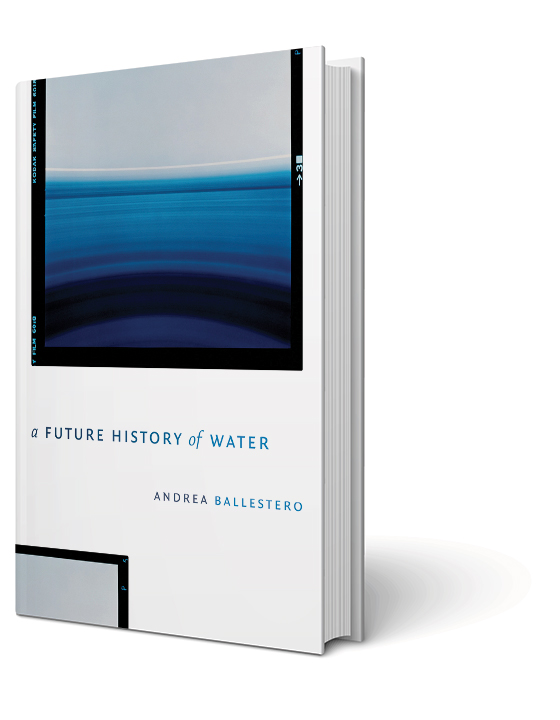 “A Future History of Water” traces what Andrea Ballestero, an associate professor of anthropology and environmental ethnographer, calls the “unspectacular work” to make access to water “a human right and not a commodity.” The book, her first, is based on field research among state officials, nongovernmental organizations, politicians, and activists in Costa Rica and Brazil. It shows the reader the often invisible technicalities behind water access.

“I was interested in knowing what water as a human right really means,” she said. “Does it mean that it is clean? That it is priced at a certain level? These are many of the questions that people answer practically every day, all around the world.” Ballestero worked alongside not only people involved in social movements fighting for water as a human right, but also with regulators using tools such as pricing formulas and the consumer price index to consider society’s responsibility regarding access.

Ballestero hopes her book will inspire people to recognize that how we manage, distribute and access water reflects who we are as a community. She shows that while infrastructure is critical, pricing formulas, legal categories and political promises are just as important, highlighting the need to focus on seemingly minor technical choices that in reality embody fundamental questions of social and environmental justice.  — Amy McCaig 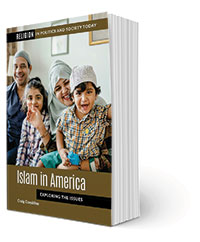 What did Muhammad, the prophet of Islam, think about freedom of religion and women’s rights? Did the likes of George Washington and Thomas Jefferson imagine Muslims as future citizens of the United States? What is it really like to be a follower of the Islamic faith in the U.S.? A new book by sociologist Craig Considine, “Islam in America,” challenges the “clash of civilizations” theory by dispelling common misconceptions about Muhammad, the Islamic tradition and American Muslims. He focuses instead on the “dialogue among civilizations” to show the historical and present-day connections between the “Muslim world” and the U.S.

“First and foremost, this book tries to synthesize American values and Islamic values,” Considine said. “It’s unfortunate that there are people in the U.S. who view Islamic values and civilization as polar opposites of our own, and it’s also not really true.” Considine said the ultimate goal of the book is to bridge the gap between Muslims and other individuals living in the U.S., and promote peace and acceptance through understanding. He expects it will be used to teach undergraduate students at the college level but hopes religious leaders, politicians, media figures and others will read the book, which he describes as “an encyclopedia of different hot-button issues” related to Islam. 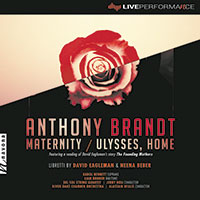 Anthony Brandt, professor and chair of composition and theory in the Shepherd School of Music, is one of Rice’s most prolific composers, performers and creative researchers. In his debut album with Navona Records, Brandt presents two distinct compositions and continues his productive collaboration with neuroscientist David Eagleman ’93. “Maternity” presents a 17-minute musical adaptation of Eagleman’s short story, “The Founding Mothers.” The composition for soprano and chamber orchestra rewinds the story of evolution from a human child back through time to a single cell.

In the chamber opera “Ulysses, Home,” Brandt retells Homer’s ancient odyssey as a contemporary tale of a soldier, suffering from post-traumatic stress disorder, returning home to his wife. Neena Beber is the librettist. The five scenes evoke the ferocity of immediate combat and its ever-present shadow. The Del Sol String Quartet and the River Oaks Chamber Orchestra are featured. Both pieces were recorded live in Houston.