Being an Effective Ally

Being an Effective Ally

A new study examines the role of males as advocates for women in the workplace.

Male allies can play a powerful role in combating chauvinistic behavior toward women, but they can also unintentionally contribute to sexism, a recent study found. “Helping or Hurting? Understanding Women’s Perceptions of Male Allies” examines sex-based discrimination toward women in the workplace.

Eden King ’01, an associate professor of psychological sciences at Rice and the study’s senior author, said the research was prompted by an increase in the number of sex-based discrimination charges filed with the U.S. Equal Employment Opportunity Commission in recent years. 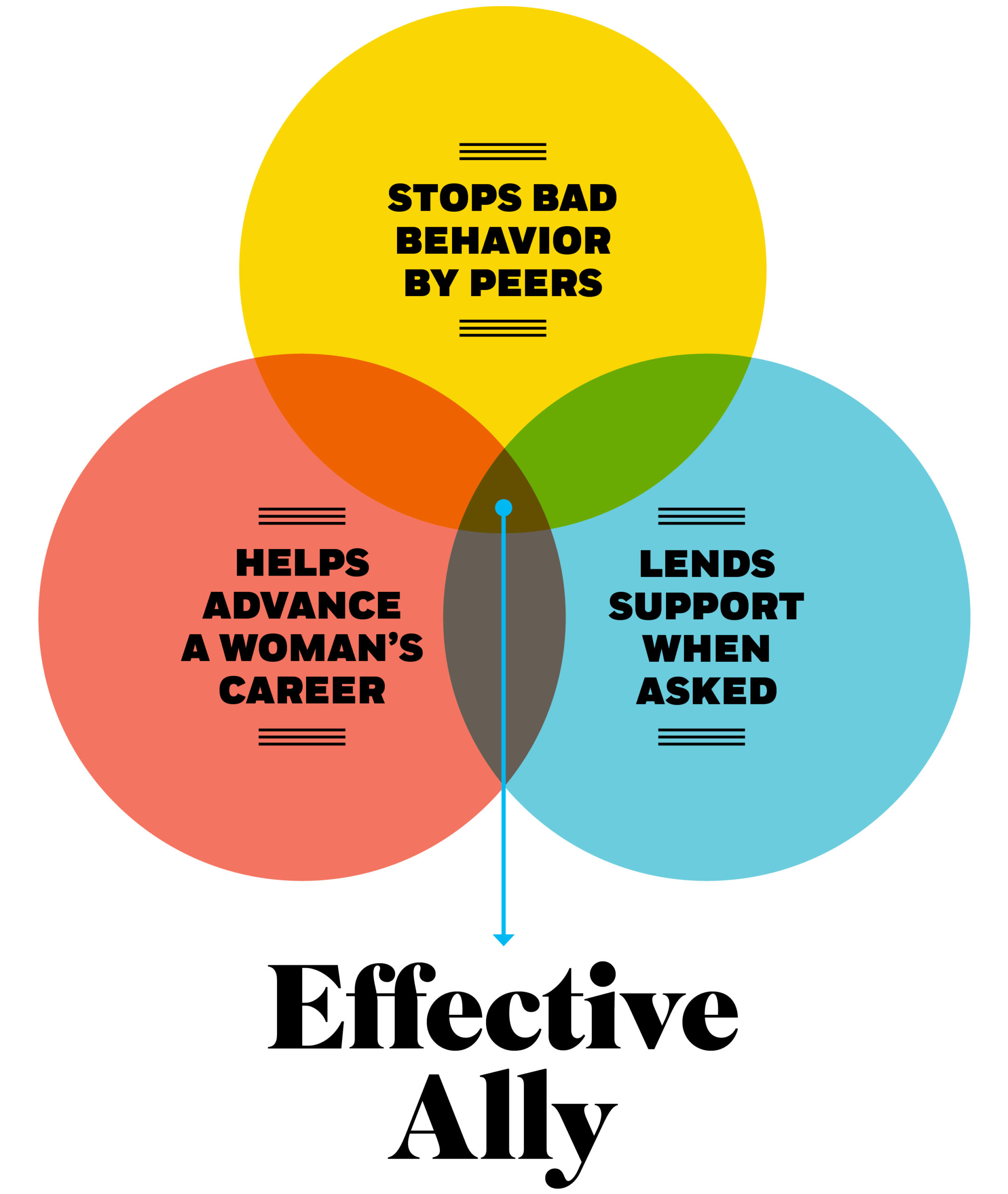 “A lot of research has already been done about how women can fight sexism in the workplace,” King said. “What we were interested in studying was how men play a role in this.”

King and her fellow authors evaluated 100 women of varying ethnicities, ranging in age from 19 to 69, with total work experience ranging from one to 50 years. These women took an online survey about male ally behavior in the workplace and were asked to recall situations when they thought their male allies were effective or ineffective in helping them fight sexism.

The researchers found that men can effectively act as allies in a number of ways, including doing things to advance a woman’s career (such as offering special projects or promotions), putting a stop to bad behavior by peers or simply lending support when they’re asked.

However, the women answering the survey also pointed out situations where male allies did more harm than good. Women most frequently described allyship as ineffective when it had no impact on sexist behavior or organizational culture, or when they or their ally experienced backlash over their actions.

“When we did this study, we were concerned that not everything people do believing they are acting as an ally is actually construed that way,” King said. “And we discovered that this is very true.” Ultimately, the researchers said that male allies should take cues from their female colleagues about how they can be an ally.