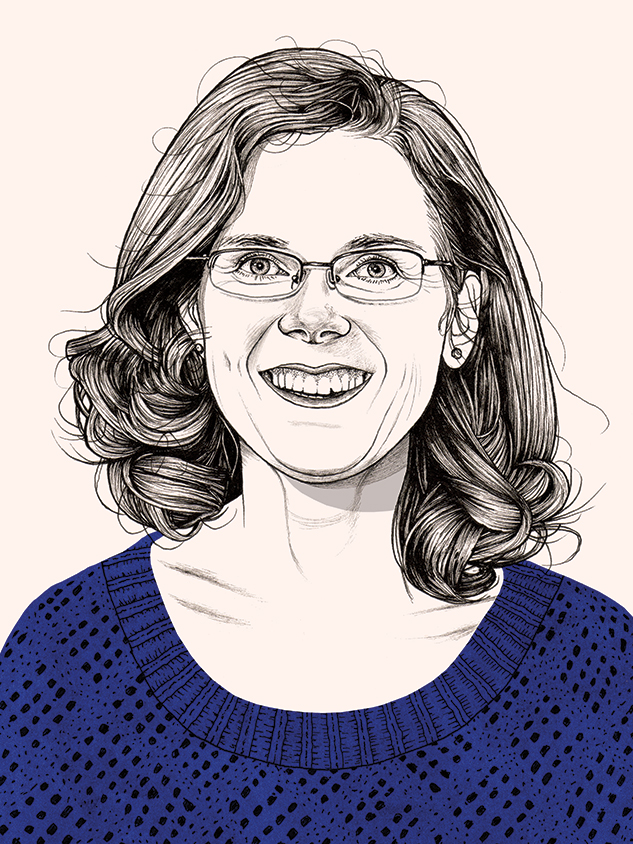 Since 2008, Oden has served as director of the Oshman Engineering Design Kitchen (OEDK) — Rice’s engineering prototyping powerhouse. More than 1,300 students per year and dozens of courses have used the OEDK’s state-of-the-art facilities to develop engineering solutions to a wide variety of real-world challenges.Oden is also co-director of Rice 360° Institute for Global Health, where students and staff work to develop technical solutions to global health challenges. Rice 360° is the lead of NEST360°, an international team of medical professionals and scientists dedicated to reducing newborn deaths in Africa. Last year, NEST360° was named a MacArthur Foundation 100&Change finalist and received a $15 million grant for continued work. Oden is a two-time recipient of the George R. Brown Award for Superior Teaching.

ON GROWING UP IN BRAZIL …
I spent my early years in São Paulo, from when I was born until just before high school. When we moved to the States, for me, it was like moving away from home. Growing up in São Paulo, I was exposed to much inequality. When we moved to a suburb of Chicago, the kids in the community weren’t really as aware of the world as I think young people are today. I was the girl from Brazil and endured a lot of funny questions, like “Do you live in a treehouse?”

… AND HOW IT SHAPED MY CAREER PHILOSOPHY
It influenced the way I think about partnering with communities. I think we, as Americans, tend to have the idea that we’re going to go somewhere and fix things — but while this approach might result in a short-term impact, it may be for the wrong reasons. I believe that working collaboratively with key local partners will allow solutions to become institutionalized, resulting in a long-term difference.

FAILING BETTER
At the OEDK, we have adopted the “fail early and often for sooner success” concept. Try things out, and if they don’t work, stop. Do that quickly in rapid succession so you can triage the good from the bad before you’ve gotten to the end of the course. I try to keep the focus on really solving the problem. Now instead of going into senior year where the capstone class is their first opportunity to work on a real-world project, half of the students are seasoned, having worked on design projects as underclassmen.

DESIGN FOR GLOBAL HEALTH
The global health work I do is completely aligned with the OEDK because it involves real-world projects. Now we’re partnering with universities in Africa and Brazil. They’re building engineering design studios like the design kitchen. That’s a really exciting next step. The University of Malawi Polytechnic has officially changed their curriculum for bioengineers and electrical engineers to include some aspect of open-ended design in all years — a departure from a very traditional British system that didn’t accommodate open-ended problems very well.

At the OEDK, we have adopted the “fail early and often for sooner success” concept. Try things out, and if they don’t work, stop. Do that quickly in rapid succession so you can triage the good from the bad before you’ve gotten to the end of the course.

REACHING BEYOND ENGINEERING
My personal passion for real-world projects is in the area of global health. My personal passion in terms of teaching is to enable excellent engineering teaching through using real-world problems. For me, the global health piece reaches beyond engineering, because we have many students who are not engineers. I just taught the global health design capstone class, and I said, “I’ll talk about the engineering design process. Most of you in the room are not engineers.” This is a problem-solving process, and everybody brings their perspective to the table to solve these problems. If it were just a technical challenge, it probably would’ve been solved, but there are social implications, policy implications and many other things that should be thought about as we create solutions to these problems.

THE NEST360o CHALLENGE
As a finalist for the MacArthur Foundation’s 100&Change competition, we were awarded a $15 million grant toward the NEST360o goal, which is to halve the number of newborn deaths in sub-Saharan Africa within the next 10 years. Isn’t that amazing? The challenge for us is that we put together a $100 million plan with really audacious goals and many different partners doing many different activities. We’re engineers, we can do that. We’re educators, we can do that. Who else do we need to be partnering with to solve this problem? We have 13 different institutions that bring together a vast expertise to solve this major crisis in Africa. Even more importantly, we had a really good plan for a $100 million project. We didn’t win that, but we’re going forward with the plan.

LEVERAGING A $15 MILLION AWARD
We’ve been working with the MacArthur Foundation and some other foundations in an attempt to pull together a group of donors to fund the whole plan. We don’t have that commitment yet, but we’re talking to people who are interested in having that conversation. By the end of this academic year, I think it’ll be pretty clear to us if we’ve been able to raise more funds and what the steps forward are. No matter what, we’re going to start doing the NEST plan, including continuing to develop technologies and getting them commercially available to improve in-country, clinical and technical education as well as scaling, putting the NEST technologies in a number of hospitals and other countries.