Is There Life Beyond Earth?

Is There Life Beyond Earth?

Adrian Lenardic, professor of Earth, environmental and planetary sciences, wonders, ‘Are we alone?’ 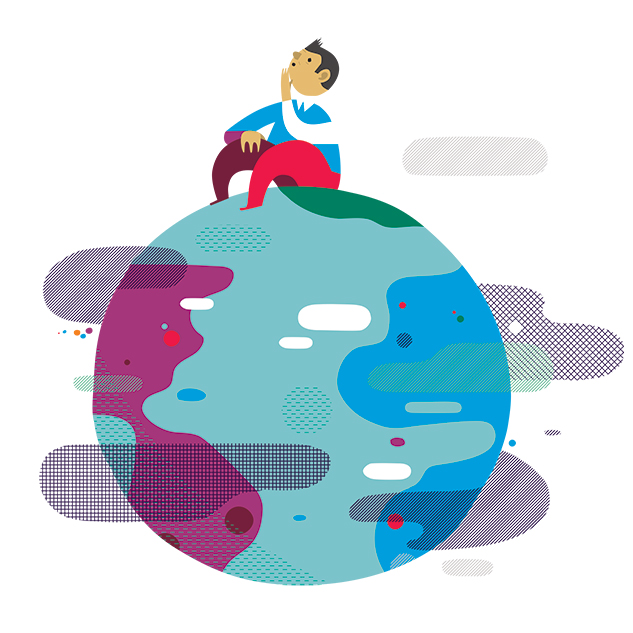 Is there life anywhere else other than Earth, either now or in the past? When I was a graduate student some 20–30 years ago, that was really just a philosophical question. But now, with the next generation of space telescopes, we’re at a point where we might actually be able to make scientific observations and detect evidence for life on planets orbiting stars other than our own.

We would do that by looking first at those planets’ atmospheres. The various molecules that make up each atmosphere absorb specific frequencies of light, so if you use a space telescope to look at them when they pass in front of the star they orbit, you can analyze the spectrum of light that reaches you to determine what the atmosphere is made of. Understanding the range of atmospheric chemistry that can serve as a signature for some form of life existing on a planet has become a key research objective to help guide us in our future searches for life beyond Earth.

Exploration of our own solar system is also changing our views about life potential. Mars doesn’t have liquid water on its surface, a key factor for life as we know it, but evidence is suggesting it once did. Europa, a moon of Jupiter, has an icy outer shell, but there’s evidence that there’s liquid water below it that could support life. On Earth, we’ve started to find life in weird places, like deep-sea volcanic vents, and that has changed the way we think about the potential for life on other planets. We’re also getting more evidence that planetary geology can be affected by living things; that all aspects of a planet are linked together. That’s why we need biologists to talk to geologists to talk to astronomers, and develop ways to look at distant planets from a number of different perspectives. That’s really the exciting part for me.

— as told to David Levin