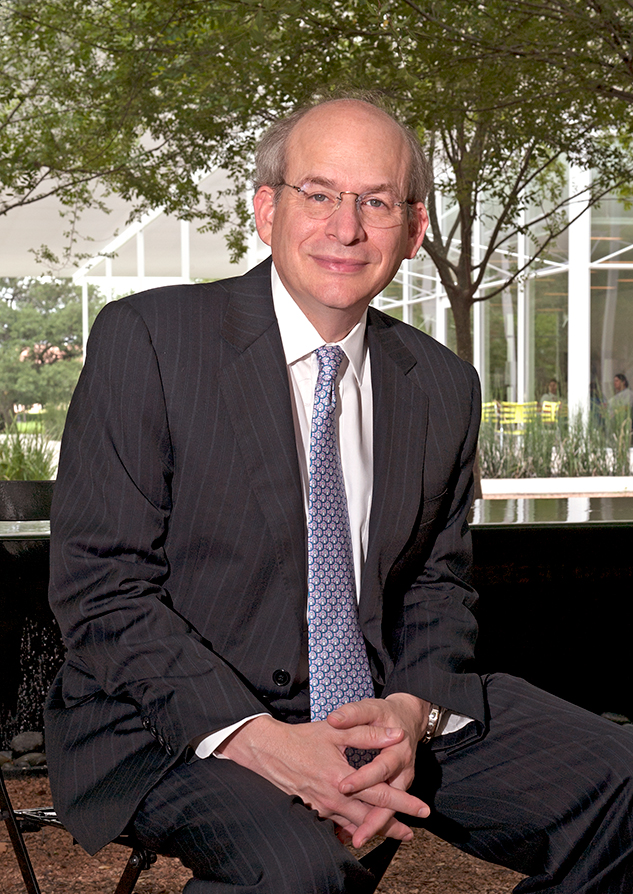 Town Hall meetings to discuss campus issues and challenges, announce university initiatives and goals, and celebrate Rice’s accomplishments, including individual achievements of staff and faculty. This April, Leebron spoke to a standing-room only crowd, praising Rice’s resiliency and sense of community in what was a difficult year for Houston and the campus and citing examples that demonstrated the university’s unique sense of community. “I think what draws people to Rice and keeps them here is that extraordinary sense of community, and that is very much reflected in this room,” Leebron said. What follows are some excerpts from the event.

How does Rice make an impact on the world? Building on the Vision for the Second Century, the Rice community recently underwent a strategic visioning process. This vision, the V2C2 (Second Decade), has been formalized and adopted by university leadership and the Rice Board of Trustees. “When we thought about this 13 years ago, what we concluded was that increasing our student body population would be the best way for Rice to make an impact on the world,” Leebron said. “As we revisited that question, this time, we came to a different set of conclusions: using online education, extending our global presence, activating our alumni network. Those are ways we can improve our impact on the world.”

Invest in faculty to achieve preemincence.

A Decade of Change

“I think it’s important to remind ourselves that over the last decade in many ways, we have been transformed as a university — in terms of being a research university, of being involved in graduate education and increases in doctoral degrees (46 percent) and master’s degrees across the university,” Leebron said. “A number of our graduate departments are in the top 25 across the nation.”

“This year, we’ve had almost 21,000 applications,” Leebron said. Rice admitted 11 percent of applicants. “One of the things that we need to continue to invest in is financial aid,” Leebron said. “This is a serious problem across the wider middle class — we have to figure out how we can do more.” He continued, “One of the priorities that we set as part of the V2C2 is not just making sure those students can come to Rice, but making sure that every student who comes here has the opportunity to take full advantage of every opportunity that we offer.”

Rice offers online courses for learners of all ages. “Rice’s online enrollment numbers have soared to more than 2.5 million, including more than 150,000 in fiscal year 2017,” Leebron said. “We intend to maintain a relatively small student environment on campus here — that’s part of who we are as a community,” Leebron said. “That doesn’t need to be a constraint on the reach and impact of our university.”