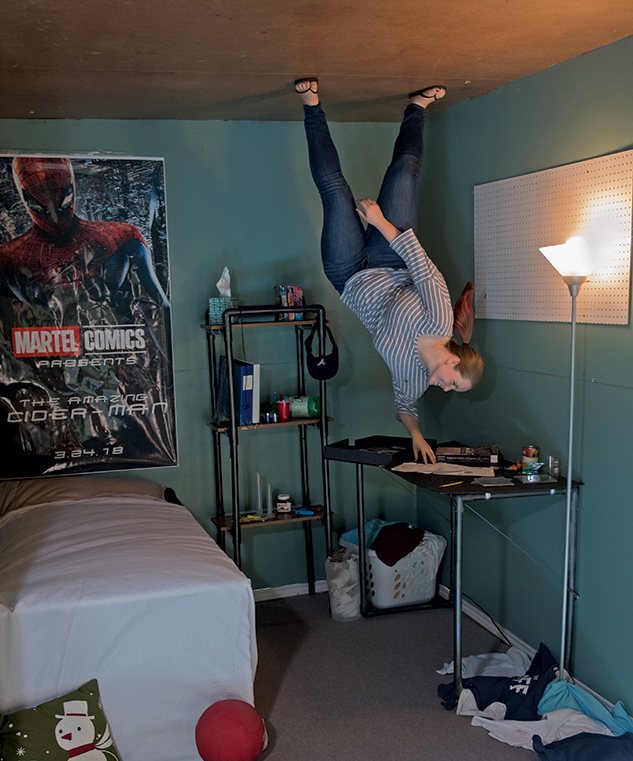 “The bed is actually PVC,” said Martel College senior Gigi Rill, a mechanical engineering major who’s been in charge of Martel’s Beer Bike build for the last three years. “Everything needed to be light.” This year’s build, located inside the Martel Commons, was a replica of comic book hero Peter Parker’s bedroom. Step inside, strike a pose on the floor, have a friend snap your photo, rotate it 180 degrees and voila! You’re suspended from the ceiling like Spider-Man. “The way I describe Rice to people is, ‘Rice is a school of happy nerds,’” she said. “They’re also pretty happy and willing to come out and help us build an upside-down room purely for the sake of getting really good pictures.”