By Isaiah Rodriguez  •  2 years ago 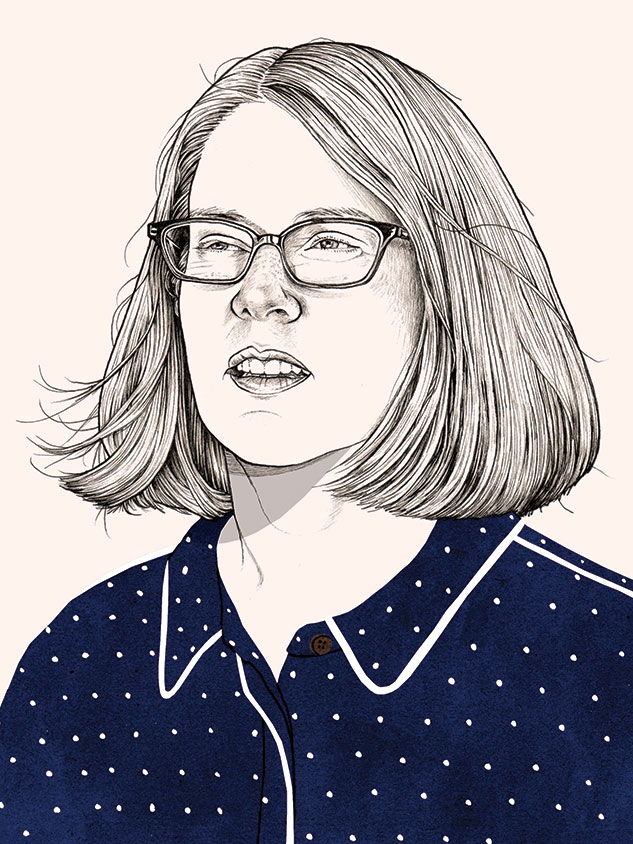 Since joining Rice’s Department of Sociology in 2002, Bridget Gorman, professor of sociology, department chair and magister of Will Rice College, has seen the department grow from seven tenure-track faculty members to 13, the launch of a graduate and postdoctoral fellows program, and the emergence of affiliated programs and centers. Gorman has focused her research efforts on examining disparities in morbidity, physical functioning and medical care use across major U.S. demographic groups and how social conditions and experiences shape group differences in health and well-being among children and adults.

Sociology = Career
I didn’t know what I wanted to do when I grew up. I had cycled through a variety of potential majors as an undergrad [at Western Washington University], and I remember flipping through the general announcements and reading about sociology, and I thought it sounded really interesting. So, I signed up to take social theory, which is really funny because that’s not what I do at all. I had a very charismatic professor and I decided after the first day to declare and see how it went. It was the best decision I ever made. I had to declare a concentration, and after I took a methods class on demographic techniques, I decided to declare demography as my concentration, which is the total nerdy population statistics kind
of line.

Demography, Health and Disparities
I did my graduate work at Penn State. As a research assistant there, I looked into Puerto Rican infant and maternal health. That got me really interested in racial disparities in health and also thinking about migrant status and how the health of migrants differ from the native born. That has been an interest that has been maintained in the work I do, even though I do just as much work now — in many ways more — looking at gender and sexual orientation. Health wasn’t on my radar, but by the time I was through my first year of grad school, it was what I was studying. At the end of the day, health disparities are driven by social determinants of health. That’s the overarching thing. I do population health work from a more social side than from a biological side.

Why Rice?
They were hiring at the time for someone who did medical sociology. I came in 2002. The department was smaller then, and I was the first “health” person on the faculty that they had hired. I applied for the position not knowing anything about Rice, but the ad was looking for me. I came down to interview and I knew in five minutes that I wanted the job. I loved the people, I loved the place and it seemed very intellectually vibrant. I wasn’t inclined to like it coming through the door. I am originally from Seattle, and I still wear Birkenstocks. But I love living here. I could just tell it was a fit for me.

Growing Department
I’ve been involved directly in hiring some terrific faculty. We’ve had three tenure-track faculty join us since I started, and I’m currently trying to hire two more. More generally, the sociology department has been on a great trajectory. When I took over, the department had been functioning very well, so my main goal was to keep this going along the same way. We have a young doctoral program that requires a lot of attention, so I’ve been involved in that.

Beyond the Classroom
All of my work is looking at health disparities very broadly. I have a couple of different projects; one of the biggest is looking at health disparities based on sexual orientation and trying to understand the different social conditions and circumstances that lead to differences in physical, mental and behavioral health between heterosexual and LGBTQ people. It’s a topic that hasn’t been well-studied because, for a long time, there simply wasn’t any data. A lot of health surveys didn’t even ask the questions. I’ve been working on a large data aggregation project for the last few years, trying to have larger probability-based samples of sexual minority adults in the U.S. It’s a topic that I’ve become more engaged in and has grown bigger as a result.

Working With Students
I’ve worked with students consistently during my time here. I’ve published with a lot of different undergraduates and am working with three students now on projects for publication. Undergraduates come into my orbit in different ways, whether through formal mentoring programs, from classes, or who come through my door because they’ve read my research. And, of course, I also mentor graduate students and postdocs who are also included in my work. I wear a lot of hats, and I like the hats I wear, even if they make my life busy. At the end of the day, I am a professor, which makes me a teacher. I like teaching students, helping them do research directly and learning about their lives.

Living With Students
Being a magister is different than when I was an RA at Jones, where I lived amongst the students rather than in a separate house. Living at Will Rice, we are front row for “Radio Free Sid” since our house is at the base of Sid tower. It shakes our windows, but I still love it. I get to know students on their own terms and learn about what they care about. I don’t just see the college as this place where shenanigans happen. I also see a lot of academic activity. And our community is diverse. There are people from all walks of life, and students need different things to thrive and be successful. They have different challenges, hold different identities and have various concerns about the climate we are living in right now, etc., so we’ve had many conversations over the years about those things.

Leaving a Mark
I have always had an attitude that we are just temporary, nothing is permanent. We all come and go, so the best thing that you can do is leave it better than you found it. I was lucky to take the reins from people who did wonderful jobs. I feel like when I go, I can say I did my best and did what I could for the department and for the college.