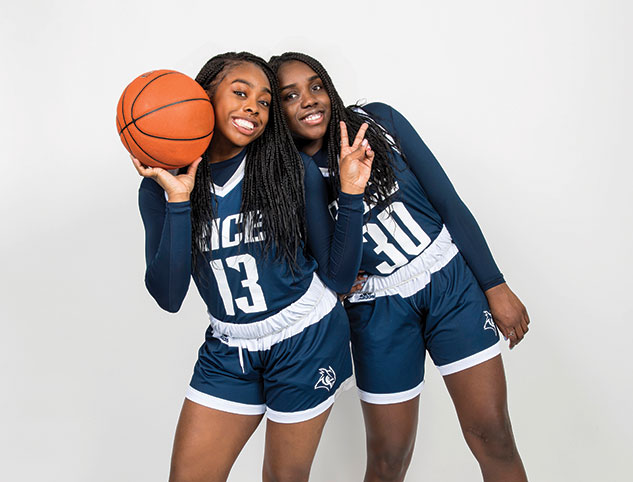 In 2015, the Houston Chronicle named Erica Ogwumike its high school player of the year in a story that dubbed her and her sisters — Olivia, Chiney and Nneka — “Houston’s first family of basketball.” When she made her college decision, it was covered by ESPN and included an overture to the “end of an era in Texas girls’ basketball.” Earlier this summer, Bleacher Report upgraded them to “the real first family of hoops,” challenging the LaVar Ball family for on- and off-court supremacy.

Strolling into Brochstein during finals, however, the Ogwumike sisters are far more concerned with biochemistry than LaVar Ball. “I just learned about the citric acid cycle,” said Olivia, proceeding to name each multisyllabic step. “It makes me sound really smart, but that is the bare minimum you have to know.”

Unlike their older sisters — both No. 1 picks in the WNBA draft — Erica and Olivia have their sights set on medical school, which is the main reason they transferred to Rice from Pepperdine in 2016.

“We transferred for a multitude of reasons,” said Erica. “A ‘plethora’ sounds better,” said Olivia, jumping in. “I don’t use ‘plethora’ because everyone always wants to use ‘plethora’ when they want to say a big word,” Erica responded. Their back-and-forth is rapid-fire, the type of chemistry (and comedic timing) only a lifetime together could perfect. “We felt like [coming to Rice] was an opportunity we couldn’t turn down — in our home city, playing basketball, getting a great education,” said Erica. “What else can you ask for?”

In their first season with the Owls, Erica, a redshirt sophomore, leads the defending Women’s Basketball Invitational champions in scoring and rebounding while Olivia, a redshirt junior, leads C-USA in 3-point field goal percentage (as of press time).