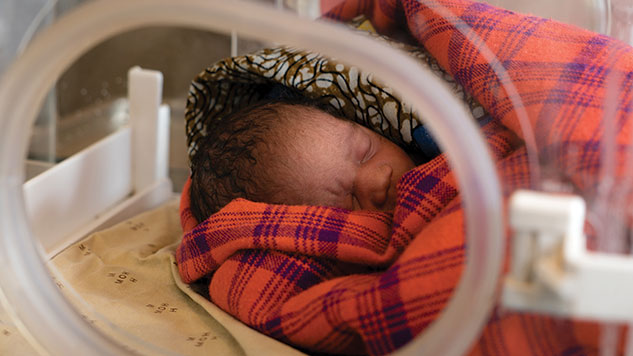 NEST360°, an international team of engineers, doctors and global health experts, has won $15 million through the MacArthur Foundation’s inaugural 100&Change competition. Four finalists from a field of more than 1,900 applicants vied for a $100 million top prize, which was announced Dec. 20, 2017, by the foundation.

“Our whole team is committed to continuing our work to scale NEST (Newborn Essential Solutions and Technologies) across Africa in order to save 500,000 newborn lives every year,” said Rice bioengineering professor and NEST co-founder Rebecca Richards-Kortum. NEST partners include Rice 360° Institute for Global Health, the University of Malawi, Northwestern University, the London School of Hygiene & Tropical Medicine and 3rd Stone Design of San Rafael, Calif.

“We’re doubly grateful to the MacArthur Foundation, both for its $15 million commitment and its confidence in making us a 100&Change finalist,” said Richards-Kortum, director of the Rice 360° Institute for Global Health.

More than 1 million African newborns die each year, and most could be saved with simple technologies that keep babies warm, help them breathe, and help doctors diagnose and manage infections. NEST360° is creating a rugged package of 17 Newborn Essential Solutions and Technologies for African hospitals, as well as the distribution network to affordably deliver and repair them continentwide. Twelve of the 17 NEST technologies have already been created or are in clinical testing, and prototypes exist for five more. Several NEST devices were invented by Rice students at the university’s Oshman Engineering Design Kitchen and were improved and tested by Rice 360° students and staffers in Houston and Blantyre, Malawi.