Faculty Books: The Cinema of the Soviet Thaw

Faculty Books: The Cinema of the Soviet Thaw 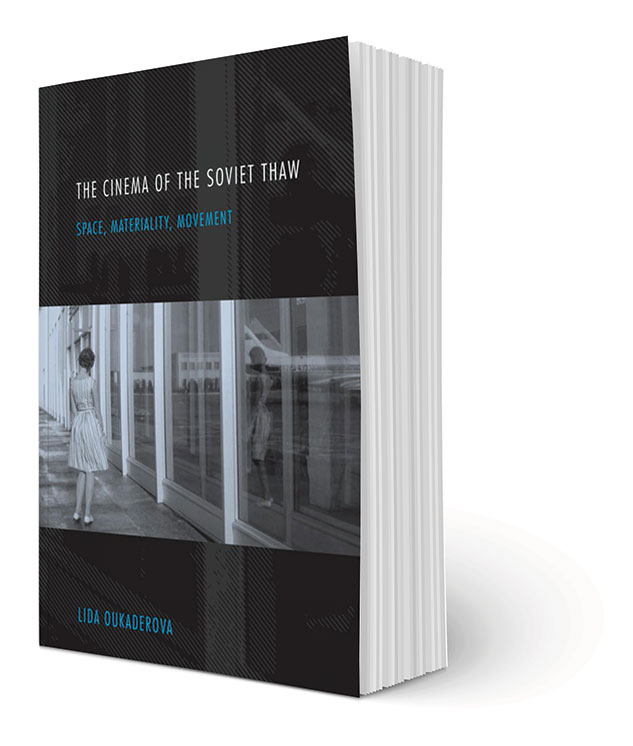 Russian culture changed dramatically after Joseph Stalin died and Nikita Khrushchev came to power. During the period known as the Soviet Thaw (or the Khrushchev Thaw), from 1953 to the mid-1960s, censorship declined, Cold War tensions eased and millions of Gulag prisoners were freed. It also was a time of unprecedented film production in Russian cinema. Lida Oukaderova, an assistant professor of art history and co-director of Cinema and Media Studies at Rice, explores the changing cinematic landscape of the period — including its literal embrace of a panoramic perspective on Russian society — and how those changes fit within the larger context of political and cultural liberalization that characterized post-Stalinist culture.

Oukaderova focuses on the preoccupation of Thaw-era filmmakers — including Mikhail Kalatozov, Georgii Danelia, Larisa Shepitko and Kira Muratova, among others — with “the reorganization of public, private and natural spaces.” This, she argues, was not just a reflection of the changing times, but also an effort to play an active role in shaping those changes. “From shifts in architecture and urban planning to renewed pushes to conquer nature, from new practices of interior design to growing interest in urban walking, Soviet films of the 1950s and 1960s not only mirrored the broad spectrum of spatial phenomena occurring in Thaw-era Soviet culture but aimed in fact to prompt their reorganization,” she writes. Using existing film technology to achieve new effects, Russian filmmakers critiqued and reconsidered the way public space was being used and how it could be transformed. Oukaderova concludes, “The distinct spatiality of cinema, in short, was to be a primary engine for rethinking and reinventing social space itself.”