Storm Stories: After the Deluge

Storm Stories: After the Deluge

When it comes to flooding, how does Houston become a smarter, more resilient city? Rice researchers and storm experts weigh in. 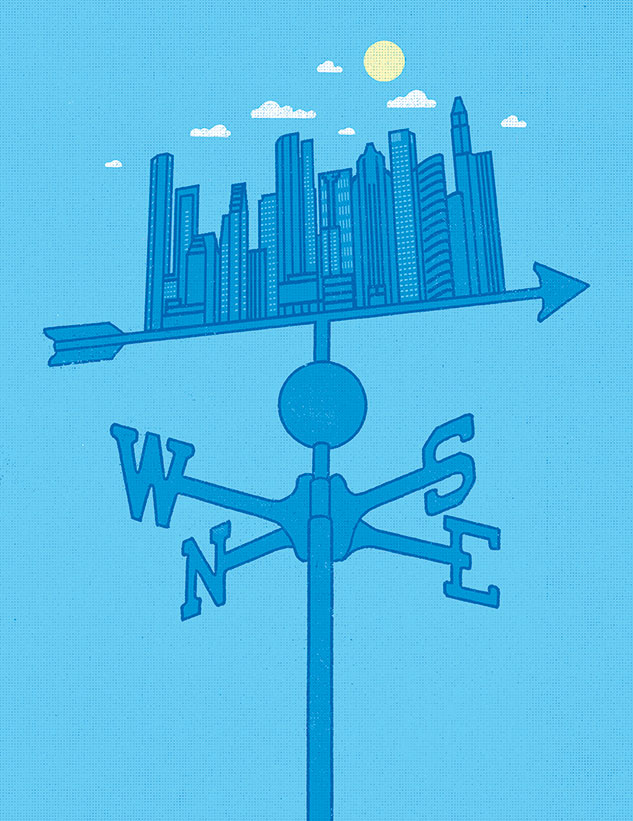 Even as Hurricane Harvey hung over Houston, collecting the warming waters of the Gulf of Mexico and converting them into the 51 inches of rain that flooded neighborhoods as far apart as Meyerland (southwest Houston) and Kashmere Gardens (northeast Houston), Jim Blackburn was working, helping the city envision a poststorm future.

Blackburn teaches environmental law at Rice, where he also co-directs the SSPEED Center, a university-based research and education center focused on severe storms. On Aug. 31, just two days after Harvey relented, he published an op-ed in the Houston Chronicle laying out 12 steps Houston could take to deal with flooding.

For Blackburn, there wasn’t a moment to waste. “It should be a catalytic and pivotal event for Houston,” he said. “As bad as Harvey was, there’s a worse storm coming in the future.” About a week later, he published an expanded list of recommendations for Rice’s Baker Institute for Public Policy. These range from repairing the aging Addicks and Barker reservoirs in far west Houston to heeding the advice of climate change experts. “How we respond to this horrible reality,” he wrote, “will determine the economic future of our region.”

How we respond is just one of the questions that the region now faces as flooded residents hang new drywall and replace carpet. How will we respond to glaring inequities of access to emergency services and basic necessities and to a death toll that has crept beyond 70? Many Houstonians feel at a loss, either stunned by the destruction of their own private property or daunted by the prospect of Blackburn’s “worse storm.”

How can we go through this again? How should the city rebuild and the region prepare to become more resilient? There is no shortage of questions, and Blackburn is among the Rice scholars, professors and graduates who are searching for answers.

But first, we need good data. Jie Wu, the director of research management at Rice’s Kinder Institute for Urban Research, has been working on collecting public Harvey-related data sets and publishing them to the Kinder Institute’s Urban Data Platform — all free, online and in one place. To date, there are 17 sets available on the platform, providing information and maps crucial to, for example, the release of toxic chemicals from industrial facilities or the way FEMA’s National Flood Insurance Program defines floodplains. “We want to make [the data] available to everyone,” she said. For Wu, collecting these data sets encourages civic engagement.

Wu and her team at the Kinder Institute are also undertaking a needs assessment before meeting with the city of Houston and Harris County to help understand how best to allocate the $84 million in donations collected for Harvey relief through the Greater Houston Community Foundation. “We talked to people involved in the Hurricane Sandy recovery and who collected data after Katrina,” Wu said. “They shared lessons learned about how we [can] use data to inform decision-making.”

Similarly, Jamie Padgett, an associate professor of civil and environmental engineering, is researching ways floods can affect the city’s critical transportation infrastructure, like bridges. “Officials … have to spend millions to restore [them],” she said. “We’re trying to offer information [to get] a better sense of how our transportation infrastructure performs over time.”

Phil Bedient, as the SSPEED Center’s director, has long advocated adopting regional solutions that mitigate the effects of Gulf Coast hurricanes. “Given that we live in a flood-prone area, we can ease the impact of flooding,” Bedient said. In one project, Bedient, the Herman Brown Professor of Engineering, is working to expand the flood alert system his team designed and successfully implemented along Brays Bayou beginning in 1997. This system, which has worked accurately during 50 major storm events, measures heavy rainfall and predicts how high water levels will rise. But there are many areas of the city and region that lack any early warning system in flood-prone watersheds.

The threat of storms worse than Harvey necessitates a shift away from the city’s “business as usual” thinking of building whatever, wherever, and toward establishing new regional goals — maybe even a new regional identity.

“Similar to how we started thinking differently about security and terrorism after 9/11, we’re thinking about drainage and planning in a different way because we’ve been through trauma,” said Richard Johnson of Rice’s Shell Center for Sustainability.

Even before the devastation of Harvey, the city’s widespread use of “impervious surfaces” was the subject of much criticism. Johnson argues that we need to get rid of some of that pavement and restore prairies and wetlands. Why not remove “underperforming structures” like Greenspoint Mall, which struggles to keep tenants, and convert them into “green infrastructure” like the Willow Waterhole, which doubles as a series of stormwater detention basins when wet and a park when dry? 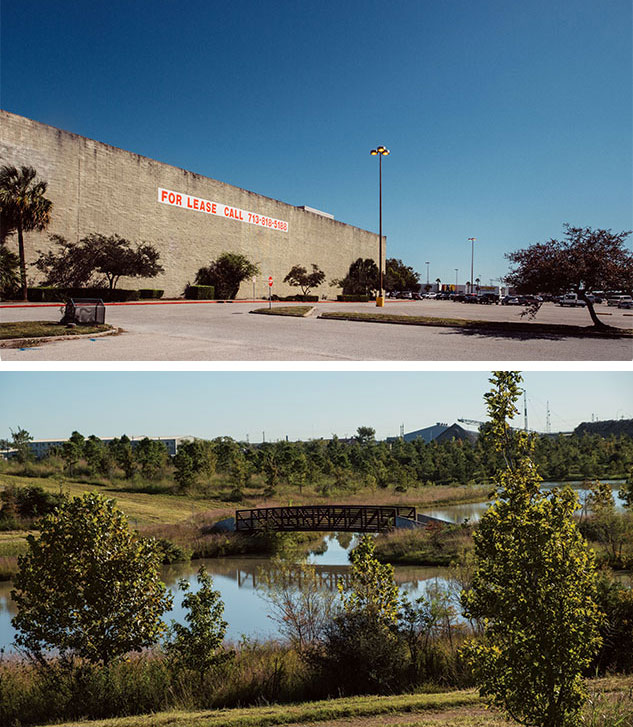 Why not remove “underperforming structures” like Greenspoint Mall (top), which struggles to keep tenants, and convert them into “green infrastructure” like the Willow Waterhole (bottom), which doubles as a series of stormwater detention basins when wet and a park when dry? Photo by Jeff Fitlow

“No city can survive 51 inches without having some flooding,” said Andrew Dessler ’86, a climate scientist at Texas A&M University. “But when I look at [what happened during] Harvey, that’s not resilience.” A warming climate, Dessler said, will lead to more serious droughts, more intense rain and more severe storms. “[It was] 50 inches this time. Maybe it’ll be 70 or 100 inches at some point in the future.”

Atmospheric science, storm water management, landscape architecture, urban planning, regional development — for Blackburn, the way forward for Houston includes embracing the best practices of all these disciplines. “Engineers have been a dominant force in this community, and I think it’s time for them to share that responsibility,” he said, adding that new economic models — a tax for more robust flood infrastructure, for example — might be necessary too. If these best practices are put in place, it just might lead to the genesis of a Bayou City that learns to live with water.

“You want to do more than solve the flooding problem,” said Albert Pope, the Gus Sessions Wortham Professor of Rice Architecture.

He argues for a “phased withdrawal” of buildings from the floodplains that could continue over the next 50 years — about the life span of a building, he said. This process wouldn’t be simple, and he warns against gentrification. “You can’t just rip out a neighborhood. The way the city connects to the bayous is different for every neighborhood, and such a withdrawal needs to be carefully designed to respect the people living there now and the investments they’ve made.”

Pope sees benefits in a city that is increasingly dense and vertical, as well as programmatically oriented around the Houston Parks Board’s Bayou Greenways 2020 project, which aims to create 150 miles of hike-and-bike trails and parks along the city’s major bayous. Similarly, Johnson imagines the “green fingers” of the bayou greenways running across the city, providing equitable access to recreational opportunities as well as spurring low-slung Houston to “reurbanize.” “It can’t be high-rises anywhere,” Johnson said, but Houston could create corridors of high-rises along the light rail in Midtown and the Museum District. “This is a moment in time when we need to make a hard shift to a mid- to high-rise city on higher ground.”

Would this Houston — one that makes decisions using good data, one that respects the volatility of a changing climate, one that relies on a variety of solutions to deal with flooding, and one that grows up, not out, with large, lush stretches of parks and trails surrounding and protecting its bayous — be more resilient?

The SSPEED Center’s directors are both optimistic. “Finally, we’ve got the attention of the decision-makers, and universities are front and center on these projects,” Bedient said.

“If there’s any place in the world that can do it, it’s Houston,” Blackburn said. “It’s a funny place to look for the global leading response to resilience, but that’s squarely in front of us.” 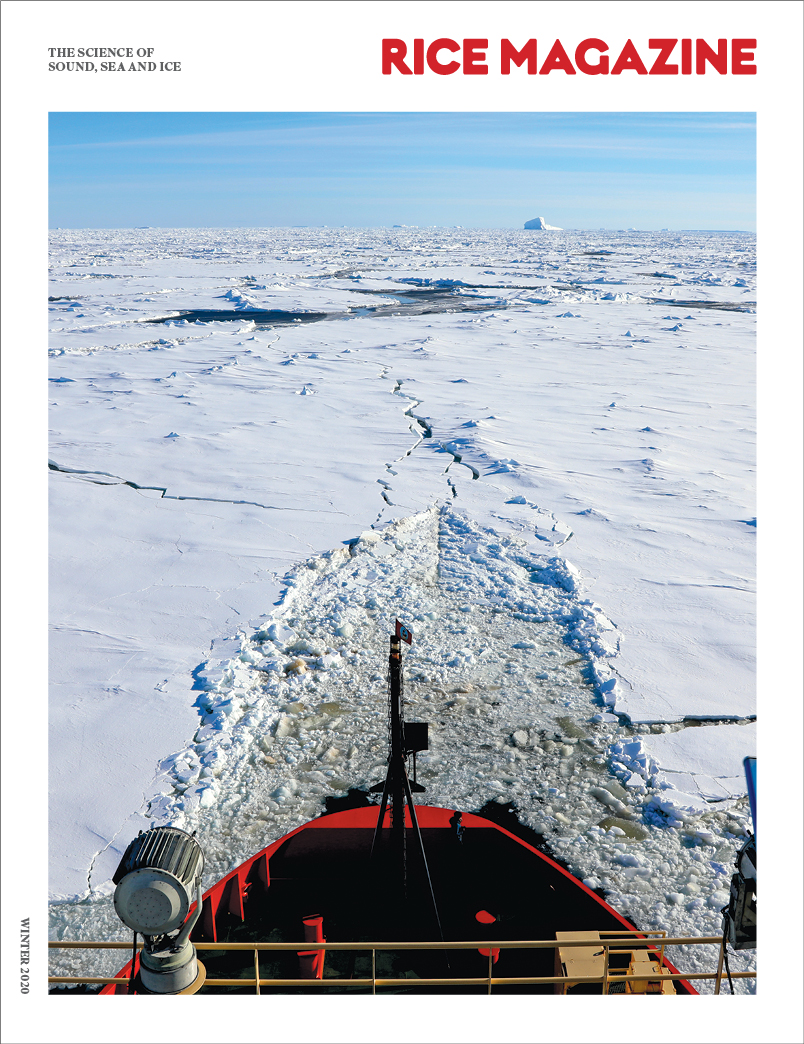