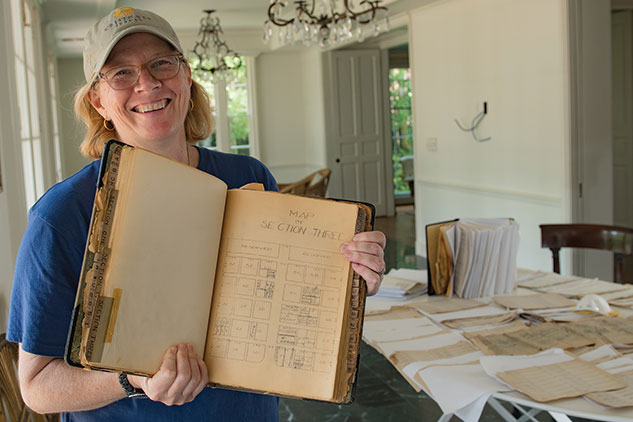 Shortly after Harvey dropped over 50 inches of rain on Houston, Rice’s Joshua Furman, a Jewish studies postdoc, and Melissa Kean ’00, Rice’s centennial historian, spearheaded an effort to save flood-damaged historical documents and records at Congregation Beth Yeshurun and the United Orthodox Synagogues of Houston (UOS). The two synagogues sustained an estimated $10 million in damage, according to media reports.

“In Harvey’s aftermath, I began to worry that [synagogue] records — photographs, bulletins, commemorative books, rabbinical sermons, and other rare and irreplaceable documents — might be lost,” said Furman. The two went to UOS and Beth Yeshurun to assess the damage to the collections and assist with cleanup and recovery. 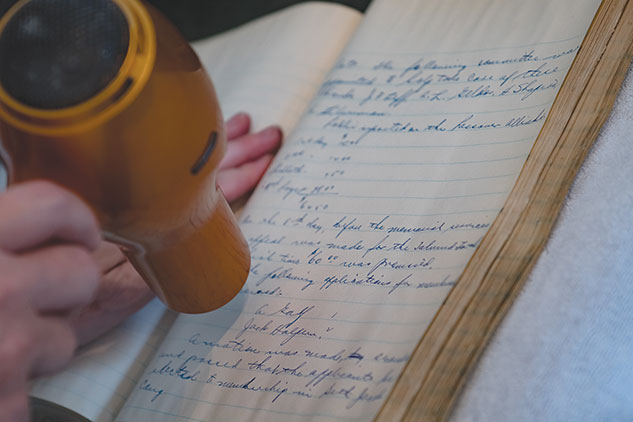 “The most important [rescued] documents so far are almost certainly the records of Beth Jacob and Adath Emeth, two of the synagogues that combined to form United Orthodox,” Kean said. “The minute books of Beth Jacob go all the way back to the founding of that congregation in the 1930s and contain historic information that could simply never be replaced. At Beth Yeshurun, a great number of documents and religious school photographs from classes largely from the 1960s and 1970s were also saved.”

There are deep ties between Rice and Houston’s Jewish community going back to the opening of the institute in 1912, Kean added. Rice’s Jewish studies program is working with the Woodson Research Center to set up an archive of Houston’s Jewish history.