By Adrienne Rooney  •  4 years ago 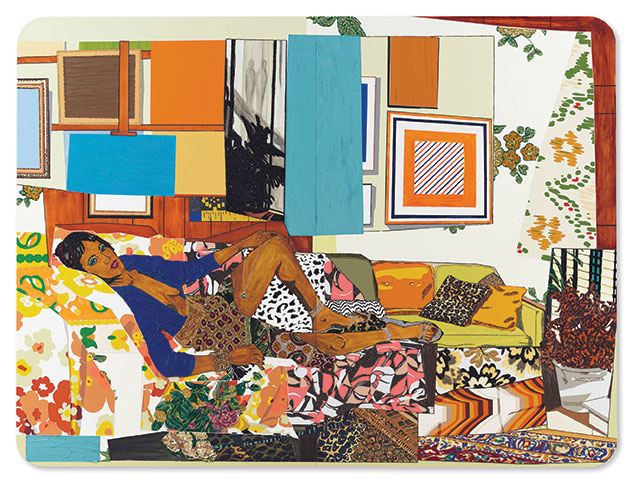 A light rain shower only added to the glistening evening when “Mickalene Thomas: Waiting on a Prime-Time Star” opened at the Moody Center for the Arts, Sept. 28. The exhibition kicks off the center’s inaugural fall season by celebrating women of color and posing questions about representation. It’s also Thomas’ first solo show in Texas — a groundbreaking moment for the Moody.

Brooklyn-based Thomas confronts race and gender with resplendence in the large-scale paintings, photographs and collages on view. Without doubt, the women in her works are powerful and vibrant, including Sandra Bush, Thomas’ mother and muse who appears throughout the galleries.

The latter referents are acutely present in the Moody’s Central Gallery, which features a re-creation of the living room display Thomas builds in her studio for her sitters. Patterns dominate the space — from vinyl dark wood to veiny foliage, African wax print to gingham cloth. The artist’s artworks along with records and literature she feels might be familiar to the sitters enrich 1970s décor. Books by well-known African-American authors pepper the space and remind us that while Thomas’ works celebrate women of color, they also speak to journeys in the African diaspora, black identity and belonging in the United States. 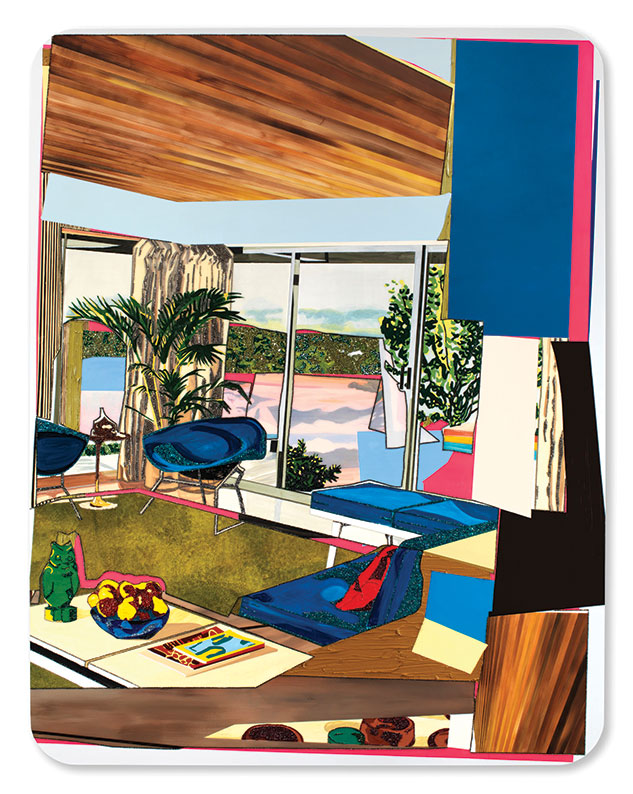 Thomas once said, “From my experience in Western art history, when you see images of black women, they’re generally depicted in positions of servitude or looked at through an anthropological perspective. I was interested in whether I could change those perspectives with the art that I made.” In certain ways, each of her works meets this challenge.

Some on view at the Moody do so directly by reimagining canonical paintings of white women by white male artists. For instance, “Tamika sur une chaise longue avec Monet” (2012) is one of several works that visually paraphrases Édouard Manet’s seminal “Olympia” (1863), a painting already quoting an art historical icon from the Italian Renaissance. Manet depicted a black woman in a servile position standing behind the white, reclining Olympia; in contrast, Thomas foregrounds Tamika, who, strong, sensual and black, is herself the star of the piece.

Appropriately, the exhibition’s title comes from a 1977 painting by artist Robert Colescott (1925–2009), known for recreating iconic Western paintings with a twist; most notably, he included black figures where none were depicted. Like Colescott, Thomas intervenes in the state of contemporary representation through an engagement with painful misrepresentation in history, and her command of color, social critique, and wit helps embolden and honor those she photographs and paints.

“Mickalene Thomas: Waiting on a Prime-Time Star” was organized by the Newcomb Art Museum, Tulane University.

For directions,
parking and more, go to
moody.rice.edu.