By Deborah Lynn Blumberg  •  2 years ago 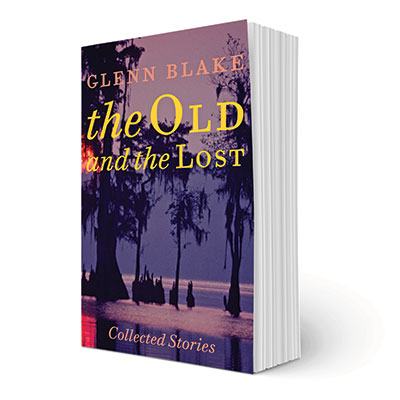 The Old and the Lost: Collected Stories

In “The Old and the Lost,” the title of one of the stories in this collection, a son journeys home to Southeast Texas to check on his elderly father in the aftermath of a major hurricane. Author Glenn Blake ’79 walks readers past shattered windows, dirty rings of debris and azaleas killed by salt water.

“Two hundred,” he says. “One hundred. Fifty miles out. And then the storm stopped. It just stopped. It just sat out there and strengthened. Category four. Category five. It crept up and down the coast. And we just sat there. We just sat there and waited. This was the day before landfall. This was the night before they came for us. And then the storm started coming in, and the lights started going out, and everyone started screaming.”

The images in his tale, one of 14 in Blake’s recent short story anthology, are all too familiar after Hurricane Harvey ravaged Texas’ southeast coast in August, flooding homes and businesses in its path. In “Old River,” a woman’s search for her missing cat after a hurricane leads her to a local animal shelter where she frees all the dogs. In another story, a character wonders “what this country was like before there were ferries, before there were bridges. Bayous and swamps. Rivers and sloughs. No way in. No way out. Who in his right mind would’ve settled here?”

Blake sets his vivid, haunting stories in the back swamps and bayous of East Texas where he grew up. His tales center around the themes of water and loss. With his elegant yet straightforward descriptions, he brings the bodies of water — and the often-impoverished working-class residents of these small Texas towns — to life. Readers can smell, hear, see and taste this corner of Texas.

Blake studied English at Rice and thought he’d be a poet but then detoured into short stories. He later taught at Rice, University of Houston and Johns Hopkins University. He is a senior editor at Boulevard magazine, and his short stories have appeared in publications including American Short Fiction, Boulevard, Southwest Review, The Hopkins Review and Gulf Coast. 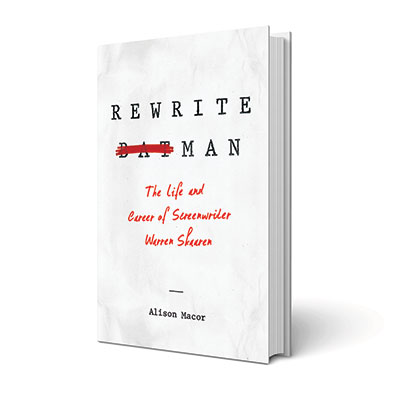 Rewrite Man: The Life and Career of Screenwriter Warren Skaaren

In August 1988, Lucy Fisher, Warner Brothers’ executive vice president of production, called screenwriter Warren Skaaren, a 1969 Rice graduate, at his Austin home. There’s a problem with the “Batman” film, she told him. The studio liked the script, but it needed help. At the time, Skaaren was the go-to guy in the industry for bringing tepid manuscripts to life. He worked his magic, and “Batman” went on to gross more than $400 million.

Writer and film historian Alison Macor came across Skaaren when she was at researching her first book, “Chainsaws, Slackers, and Spy Kids: Thirty Years of Filmmaking in Austin, Texas.” Captivated by an archival trove of audio recordings, journals and Hollywood memorabilia, as well as Skaaren’s untimely death at age 44 from bone cancer, she started to research his career. Macor takes readers from Skaaren’s early days as the first executive director of the Texas Film Commission in 1970 at age 25 to his work on some of the most successful films ever.

His rewrite of “Top Gun” convinced Tom Cruise to stick with the film, and he transformed the “Beetlejuice” character into a mischievous scene-stealer. He did it all from Austin, and in the process became a friend and confidant to Hollywood stars like Cruise, Michael Douglas and Jack Nicholson. However, despite his wild successes, Skaaren remains largely unknown. 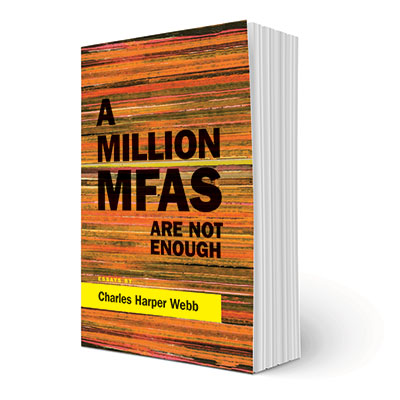 A Million MFAs Are Not Enough

In “A Million MFAs Are Not Enough,” Charles Harper Webb ’70 laments the current state of poetry in the United States, where the “queen of the arts” languishes in a tiny corner of the cultural basement, and he offers solutions. In 16 topical essays, Webb gives tips for readers and writers alike and paints a picture of what makes a great modern-day poem. The best poems, he says, give pleasure and are understandable the first time through, but they reward rereading with increased pleasure, depth and resonance.

“Poetry has much to offer the twenty-first century reader,” he writes. “It can tell a story with precision and speed, explore and dramatize psychological states, map the path of awareness, and follow imagination as it leaps, squirms and flashes through the mind.” — reviews by Deborah lynn Blumberg

Capturing Rice University in word and image since 1945. Freelancers welcome.

#Abbott's decision on #refugees "creates a dangerous precedent as other U.S. states may also refuse to accept refugees, leading to a hollowing out of the federal system and a race-to-the-bottom scenario," says the @BakerInstitute's @kelseypnorman. https://news.rice.edu/2020/01/13/abbotts-refugee-refusal-sets-dangerous-precedent-says-baker-institute-expert/ #Texas