By Any Other Name

By Any Other Name 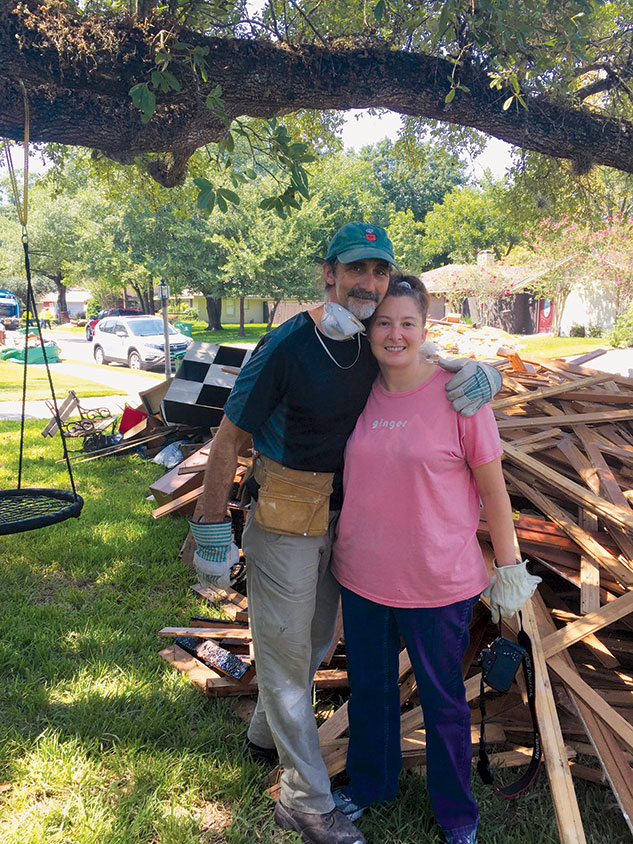 Dean and Angelia Mackey outside their Heights-area home, Sept. 9

Let’s start with the name — Harvey. It sounds vaguely patrician or dutiful, definitely not threatening. For those of a certain age, the name also reminds us of a giant invisible rabbit, the companion to the sweetly eccentric Elwood P. Dowd.

After the record-breaking flooding event experienced by Houston and the Gulf Coast region in late August and early September, the name Harvey is synonymous with rack and ruin. Some of Harvey’s physical destruction has already been repaired and some repairs are in progress. But many across Houston have been wiped out of their homes and livelihoods — recovery will be a long time coming. Overlaying this recovery are questions about how to create a more resilient Houston.

This issue of Rice Magazine focuses on Rice’s response to the storm as both a crisis and a continuing challenge to individuals, neighborhoods, elected leaders and policymakers. We report what happened on Rice’s campus during the storm, where dedicated staff hunkered down to keep our community safe and functioning. We also recount how a campus partnership created a data-driven volunteer effort that drew hundreds of participants to exactly where they were needed most. Finally, we interviewed Harris County Judge Ed Emmett ’71, who oversaw much of the county’s response to Harvey, and who recently released a plan for addressing flooding in the city and region.

After the record-breaking flooding event experienced by Houston and the Gulf Coast region in late August and early September, the name Harvey is synonymous with rack and ruin.

Among the hundreds of Rice students, staff and faculty who experienced firsthand the destruction of Harvey’s unprecedented floods are two colleagues whose names appear in every issue of Rice Magazine. Senior graphic designer Dean Mackey’s Houston Heights-area home took on water from the White Oak Bayou. A crew of Rice staff and graduate students joined friends and family in the ensuing rush to remove damaged drywall and flooring. Dean, his wife, Angelia, and their son, Carl, are staying in temporary quarters and plan to rehab their home. “This was our first time to be flooded, so we were new to the kind of loss and disruption that the storm left behind,” Dean said. “We hope to return to our home in the spring, and when we do, we’ll be moving in with memories of those people who did so much to make the recovery process possible.”

Jeff Cox, senior director of creative services, and his wife, Helena, evacuated their home by boat after water from the Addicks and Barker reservoirs inundated the Bear Creek neighborhood. Like many residents, they don’t plan to return. “After flooding twice, we decided to walk away from our family home of 26 years,” said Jeff. “Harvey left too much devastation, literally and emotionally, but in the aftermath, we experienced the best that humankind has to offer, and for that we will be forever grateful.”

As a research and teaching community brimming with scholarly drive, compassion and creativity, Rice is prepared to help shape our city. As a name, Harvey can take on a new connotation, that of a turning point in our shared future.