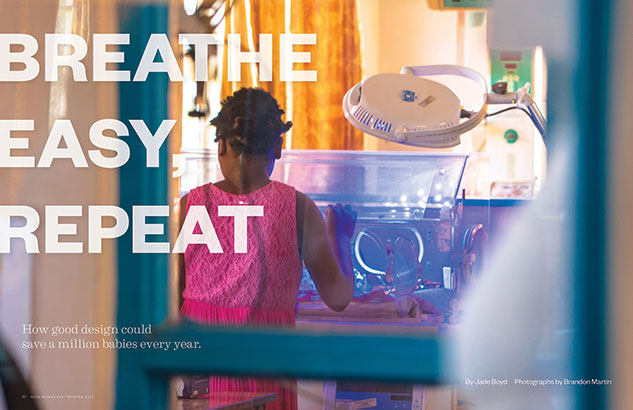 FROM THE LATEST ISSUE, I have noted several book titles that I intend to give to family members — yes, I still give books as gifts. I was most struck by the “Breathe Easy, Repeat” article. I am convinced that it is a project that only a faculty member who is a mother would have felt so intensely compelled to spearhead. I recall serving on a grant panel where Professor Richards-Kortum’s proposal stood out in an impressive field of ambitious ideas. It is wonderful that she has a scientific partner who is equally as passionate, and the name MORRK says it all!

This is why we need to be attentive to hiring women and minority faculty who perceive problems and tackle ideas from their unique perspectives. Moreover, we need to be sure to support them once they have arrived on campus: all faculty need to be trained to mentor younger faculty, postdocs and graduate students who are from diverse backgrounds.

THE SUGGESTIONS BY THE experts from the Baker Institute were excellent, but there were no citations of constitutional authority for any of the government actions. Nor was there any discussion of costs or how to pay for the recommended government initiatives. Have the Constitution and the budget become irrelevant? I hope that Baker Institute authors will comment in future issues of Rice Magazine on other issues, such as economic policy, immigration, foreign policy and the environment.

THE MORE THINGS CHANGE, the more they stay the same. From 1973 to 1977 (and beyond?), the tree at the Rayzor Hall end of the Fondren Library colonnade was festooned with hammocks every Friday afternoon. The occupants called themselves “Zen Druids.” Christopher Zakes ’77 was the first hammock-er, in 1973, and others, including my acrophobic self, soon followed. 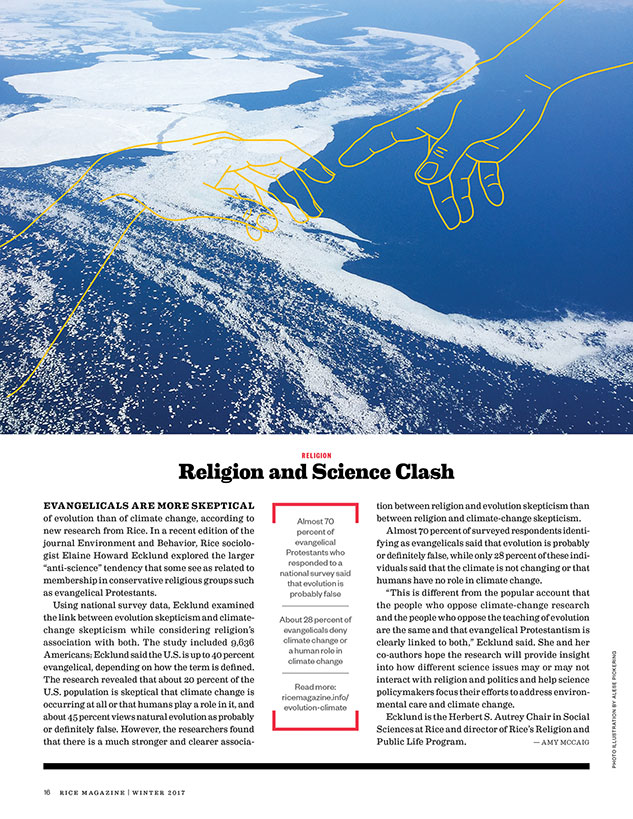 Most-read feature: “Breathe Easy, Repeat: How Good Design Could Save a Million Babies Every Year”