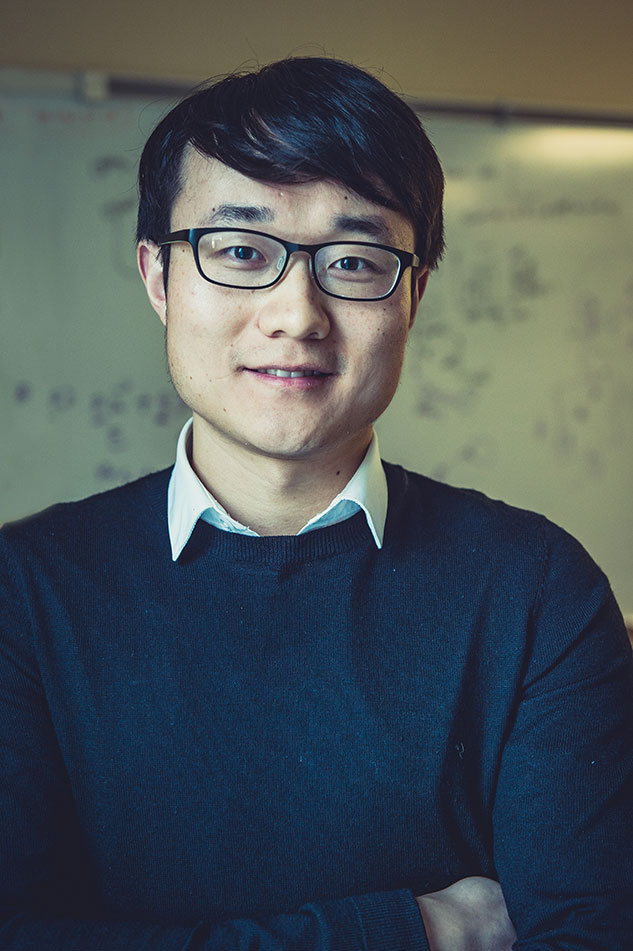 Jia, a fourth-year doctoral student in the systems, synthetic and physical biology program, works on uncovering mechanisms underlying metastasis and cancer metabolism. Jia is a student in the lab of Herbert Levine (b. 1955).

LEVINE is the co-director of Rice’s Center for Theoretical Biological Physics. His lab uses theoretical simulations to understand various phenomena at the cellular level, such as how microorganisms form colonies. Levine studied at Princeton University with Roger Dashen.

DASHEN (1938–1995) was a particle physicist who studied the theory behind hadrons, the particles that make up protons and neutrons. Dashen studied theoretical physics at Caltech under Steven Frautschi.

FRAUTSCHI (b. 1933) worked on theoretical predictions for how hadrons interact with increasing energy. Although he retired in 2006, he still teaches undergraduates. Frautschi worked as a postdoc in the lab of Geoffrey Chew.

CHEW (b. 1924) collaborated with Frautschi on a model known as the “statistical bootstrap,” which concluded that no particle was elementary. Chew was a graduate student of Enrico Fermi at the University of Chicago.

FERMI (1901–1954) contributed significantly to quantum theory and nuclear physics. He was awarded the Nobel Prize in physics in 1938 and built the first stable nuclear reactor in Chicago while working on the Manhattan Project during World War II. Fermi studied in Germany under Max Born.

BORN (1882–1970) was a physicist and mathematician at the University of Göttingen. Born, along with Werner Heisenberg, established the mathematical equations describing quantum mechanics. Born later developed the equations used to predict the physical properties of atoms, which earned him the Nobel Prize in physics in 1954.