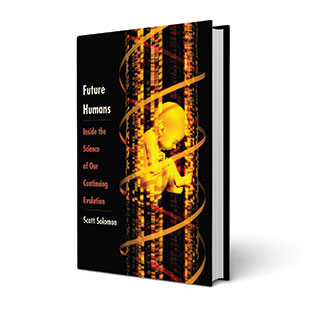 Modern humans aren’t an evolutionary end point, posits Scott Solomon, a professor in the practice in biosciences at Rice: We’re still evolving, and in a rapidly changing world, it’s hard to know what the titular “future humans” will become. Since we branched off, 6 million years ago, from the same ape ancestor that spawned today’s chimps, we’ve come to populate — and to dominate — nearly all corners of the globe. But while this dominance may give us a sense of innate entitlement, we are still subject to the same forces of nature as our chimp cousins, including evolution, Solomon says. And, as he points out, the same technological mastery that allows us to manipulate our world may be altering that process.

He offers an intriguing assortment of examples: online dating may lead us to different mates than we would have otherwise chosen, for one, while the ease of global travel could lead to a much wider dissemination of genes that would once have been limited to certain regions. What effect this will have on future generations remains to be seen. “Advances in technology, medicine, transportation … mean that we live in a time in which the future looks increasingly less like the past,” he writes in the book’s introduction. “There is one thing we can say with certainty: The people of tomorrow will not be the same as the people of today.” 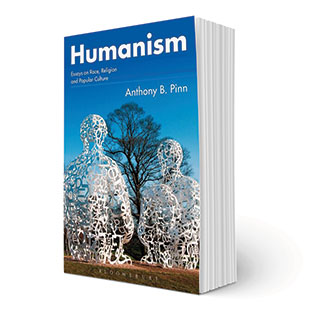 Humanism is having a heyday, according to Anthony B. Pinn, the Agnes Cullen Arnold Professor of Humanities at Rice. People without religious affiliation, whose life philosophies fall somewhere between detached theism and atheism and whom Pinn calls the “Nones,” are on the rise in the U.S. “Scholars and the general public have a fascination with this group, and this general interest has sparked increased attention to the nature and meaning of humanism,” Pinn writes.

While his is one of many scholarly works to tackle the subject in recent years, it’s unique in its approach: examining the ways humanism exists in relation to race, religion and what Pinn calls “cultural production.” In one chapter, Pinn parses Tupac Shakur’s lyrics, contextualizing the late rapper’s references to “Black Jesus.” (Pinn describes the figure as a “patron saint of thugs who … respects the realities of urban life and upholds the values and morality of survival within the harsh realities of existence.”) His analysis of the humanism inherent in hip-hop is just one way Pinn braids together contemporary and historical cultural references; other essays explore the theology of Martin Luther King Jr., the murder of Trayvon Martin and the meaning of the biblical story of Nimrod.
— J.L. 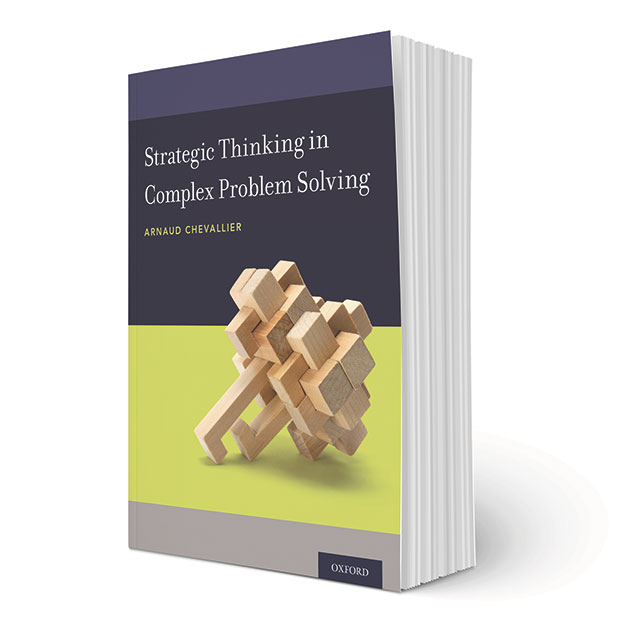 Arnaud Chevallier’s advice mirrors the instruction he gives engineering students in his Rice class of the same name: At its most basic, it boils down to “keep it simple, students.” When faced with what Chevallier calls a “complex, ill-defined and nonimmediate problem” — personal or professional — he advises breaking the problem down into four concrete steps, which he labels “what,” “why,” “how” and “do.” The steps roughly entail identifying what the problem is, why it exists and how you could solve it — then enacting the best of these theoretical solutions.

Using real-world examples, such as the case study of a neighbor’s missing dog, he demonstrates how the system works, complete with a table that ranks possible solutions (searching for the dog, posting announcements, etc.) according to their cost, speed and relative likelihood of success. Chevallier, a former strategy consultant, is an associate vice provost and adjunct lecturer at Rice.
— J.L. 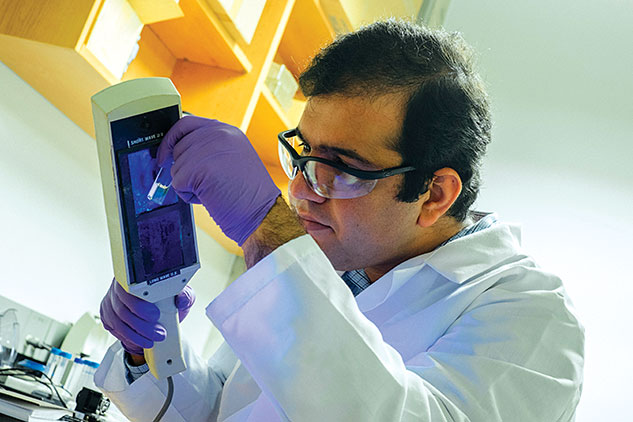 Rice chemist Angel Martí and his team study dyes made of metallic complexes that luminesce when attached to amyloid fibrils or DNA. They discovered that when rhenium dipyridophenazine complexes bind with an amyloid fibril in a test tube and are excited with ultraviolet light, the synthetic molecules increase their natural photoluminescence by several orders of magnitude.

The Rice researchers suspect the dramatic increase happens when reactive oxygen species attack the amino acids on the amyloid beta fibril that would normally quench the luminescence of the metal complex.

“That’s one of our theories,” Martí added. “We know that besides increasing the emission intensity, the complex also chemically modifies the (amyloid) protein.” He said the lab stepped back to test an earlier metallic complex based on ruthenium, which also showed emission when attached to amyloid fibrils. It did not show enhanced emission under ultraviolet light, which makes the rhenium complex unique. — MIKE WILLIAMS 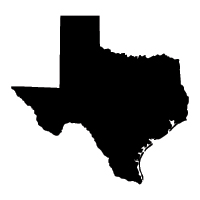 Regions in Texas differ widely in adherence to recommended cancer treatment for elderly patients, according to a study by researchers at Rice and the University of Texas MD Anderson Cancer Center. However, these differences are not due to the availability of treatment specialists or the presence of teaching hospitals.

“One might have expected Houston residents to receive better treatment because of MD Anderson’s presence, but any beneficial effects could be offset by a large number of elderly in Houston not being treated there,” said Vivian Ho, the chair in health economics at Rice’s Baker Institute for Public Policy and director of the institute’s Center for Health and Biosciences, who co-authored the study.

The authors analyzed Texas Cancer Registry data linked with Medicare claims to study patients at least 65 years of age with colorectal, pancreatic or prostate cancer. The authors pointed out that regions with high rates of success in treating one type of cancer cannot be assumed to excel in treatment of other types of cancers. Moreover, previous studies that labeled regions as high-use or low-use based on an area’s average medical spending may mask important differences within areas with respect to adherence to treatment guidelines. — JEFF FALK 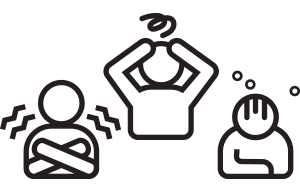 Patients’ self-rated health is a better long-term predictor of illness and death than standard blood tests, blood pressure measurements or other symptomatic evidence a doctor might gather, according to a new study from Rice.

The team, led by Christopher Fagundes, a Rice assistant professor of psychology, and postdoctoral researcher Kyle Murdock, found evidence to bolster their theory that self-rated health — what you’d say when a doctor asks how you feel your health is in general — is as good as and perhaps even better than any test to describe one’s physiological condition.

“Herpes virus activity is a very good functional marker of cellular immunity, because almost everybody has been exposed to one type of the virus or another,” Fagundes said. “You can imagine that when the immune system’s fighting something, you get more inflammation throughout the body, and inflammation contributes to disease.”

While patients may not be aware of active herpes viruses or inflammation, the researchers suspected a mechanism stronger than mere instinct was responsible for their expressions of discomfort. — MIKE WILLIAMS 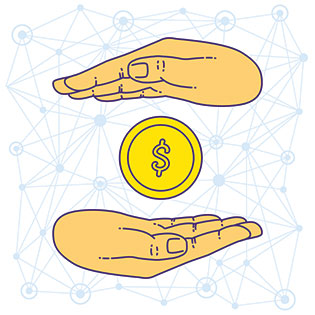 The average savings rate in the United States has been less than 5 percent, and a majority of Americans report trouble saving on a regular basis. Oddly, neither income nor financial knowledge have much to do with better savings habits. Yet some people are good savers and others are not.

Rice business professors Utpal Dholakia, Leona Tam, Sunyee Yoon and Nancy Wong think they know why. In a series of recent studies, they isolated one measurable behavioral trait that accurately predicted an individual’s propensity to save money. This trait, which they dubbed one’s personal savings orientation (PSO), is an individual’s ability to embed a range of savings behaviors (some automatic and routine, some intentional) into daily life. Among these habits: routinely placing a chunk of each paycheck into a savings account or making frugal choices in day-to-day expenditures.

Subjects who scored high on the team’s assessment scale wove more of these behaviors into their daily routines and accumulated sizable savings over time. Subjects who scored low, even if they were financially literate, did not. The ability to save, the team found, resembles a muscle that needs constant exercise. The PSO indicator identifies individuals who have this muscle and work it out with regular, incremental savings behaviors as part of their daily routines.

But those with low PSO scores shouldn’t despair. Specific interventions, the researchers found, can beef up the savings muscle. Most important: taking steps to build regular incremental saving practices. Exercised regularly, these routines will produce positive results — even for low-PSO types. Saving behaviors, in other words, can be built into habit.