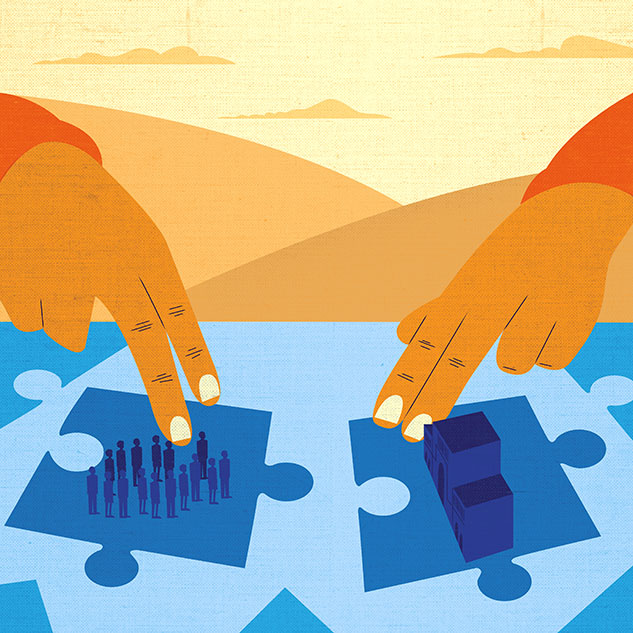 1996
The Association of Rice University Black Alumni (ARUBA) is established. The volunteer-led alumni group strives to stimulate intellectual and social participation, encourage contributions to the university’s ongoing efforts to enhance diversity, and strengthen the bond of understanding between the university and its black alumni community.

1996
A RICE MARINE
Rice [recruiters] talked to me about what the school could offer me, not so much what Rice would get out of me going there. Right after I’d been accepted to Rice, I received a call from a Marine recruiter. So about one weekend a month, I’d dress up in my uniform and ride my bike about five or six miles down the street to Old Spanish Trail, to the military reserve drill center, and get funny looks from everyone. ‘Kiper! You’re that Rice student. You must think you’re special!’ When I was in Afghanistan, working directly with Hazaras, Pashto and Dari speakers, I thought back to when I was a student learning cultures and being the odd man out. … If I had to do it over again, I would go to Rice with no question. Good and bad, everything that came with it, I’m the person I am because of Rice.
— Troy Kiper ’96
Kiper is a career officer in the U.S. Marines. 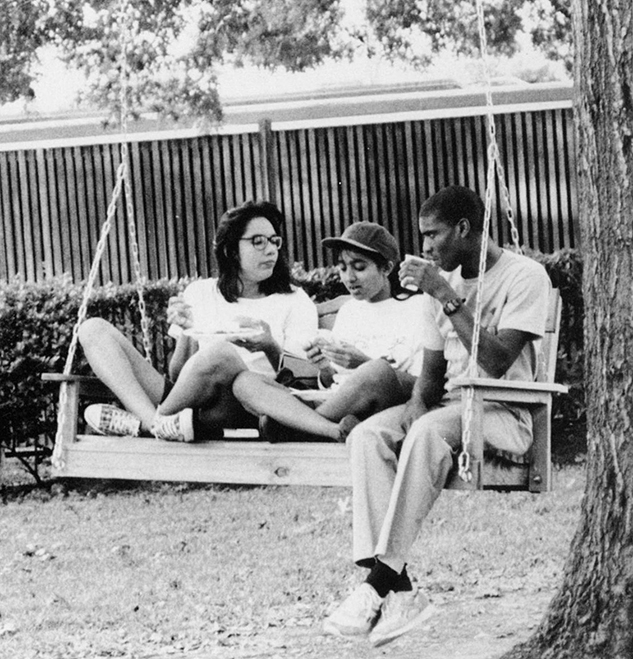 1997
Teveia Rose Barnes ’75 becomes the first African-American alum to serve on the Rice Board of Trustees. Today, she is executive director of California’s Infrastructure and Economic Development Bank. 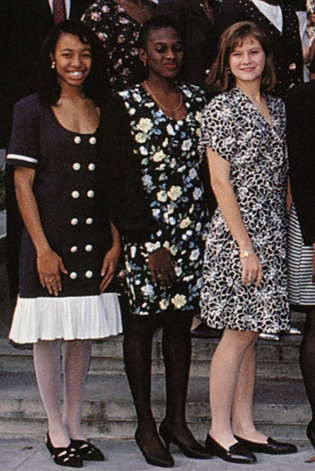 1997
“I became the only black female and sometimes the only black person in my higher-level math classes and found it increasingly more challenging to find study partners. The black graduate students filled this void, helping me study and providing a supportive community. I love being a part of the Rice ‘club.’ If I wear the shirt or my ring and another alum spots me, we immediately strike up a conversation, and this happens all over the country.”
— Shelaswau Bushnell Crier ’97
Crier earned a degree in mathematics at Rice and a J.D. from Yale Law School.

1997
“I loved the small size and reputation of Rice, and that there were no fraternities or sororities. Rice gave me the confidence that I was prepared for anything. I was by far the most prepared in my graduate classes.”
— Christopher Blache ’97
Blache, a bar pilot for the Port of New Orleans, was one of the first black river pilots on the Mississippi River. 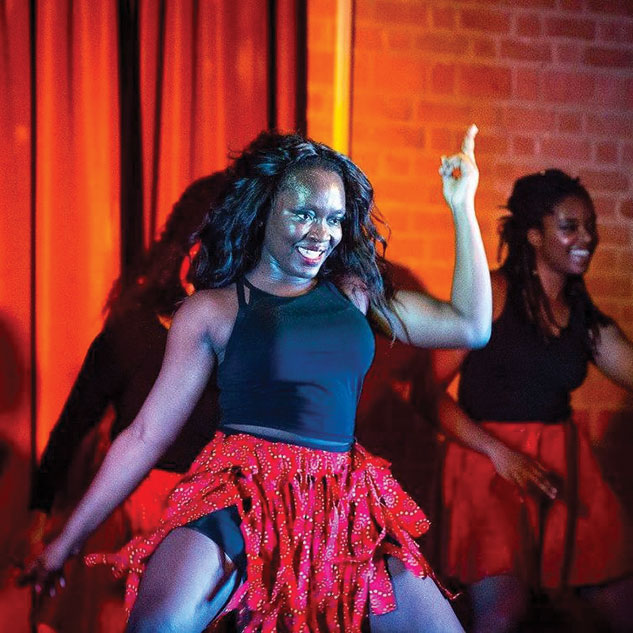 2005
I loved that my fellow students at Rice were down-to-earth people. I felt that everyone respected each other for their academic achievements and/or social achievements. It seemed as if everyone fit in somewhere.
— Marissa Eubanks Rollens ’06
Rollens earned a master’s in public policy from the University of Michigan and is a press officer and deputy spokesperson for the U.S. State Department.

2005
A COURSE CORRECTION LEADS TO RICE
I was in the 10th grade, 6 foot 3 inches and 235 pounds. I was the starting middle guard on the varsity football team. I made all-district and college scouts were already starting to recruit me and coming to the high school asking for me. Now, I had it all figured out. I had a couple of classes in the morning, lunch, two shop classes, PE and then football practice. Mr. B.T. Sears, the counselor at La Marque High School, came to my shop class and, literally and figuratively, grabbed me by the shirt, pulled me out of there, took me to his office and redid my schedule and put me in all college prep classes. That’s how I got to Rice. If he hadn’t taken the time, if he hadn’t cared enough, if he wasn’t his brother’s keeper, I wouldn’t be sitting here today.
— Jeffery Rose ’77
Rose, a banking regulator and banker, was elected president of the Association of Rice Alumni in 2005, the first African-American alumnus to serve in this position. He served on the Rice Board of Trustees until 2011.

2007
I loved the residential college system at Rice. I had a great relationship with my college masters (John and Paula Hutchinson), and they were a key part of my Rice experience.
— Brandi Burns ’07
Burns graduated with degrees in civil engineering and Hispanic studies before earning an MBA from Harvard Business School. 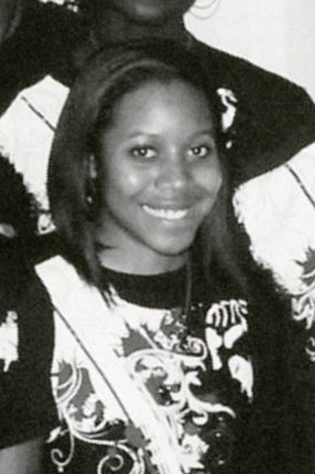 2013
IS THIS THE RIGHT PLACE?
My first week at Rice, I called my mom and said, ‘I’m not sure this is the right place.’ Living in a diverse environment is a lot different than going to school in one. Because going to high school, I was one of at most five black kids for a very long time, so I was used to it. But living in a diverse environment, people don’t naturally understand cultural differences, and there’s not the same reprieve as there is when you can go to school and come home every day to your family. In the beginning, everyone wants to be as comfortable as possible, and you’re thrust into this environment, so you seek out people who are like you. It helps you to feel as comfortable as you can be in an uncomfortable place. Consequently, you start finding black people who are close to you. You see them when you’re passing and introduce yourself and say, ‘Hey.’
— Aurra Fellows ’12
Fellows graduated from Columbia Law School in May 2016 and is an associate with Vinson & Elkins in Houston.

2014
Rice is ranked fifth out of the 100 top universities (as ranked by U.S. News and World Report) for ethnic and racial diversity by Best Colleges.

2014
Since fall 1996, African-American students have comprised about 7 percent of the U.S. (domestic) undergraduates. With international students (in 2015–2016), that percentage drops to about 6.5 percent. 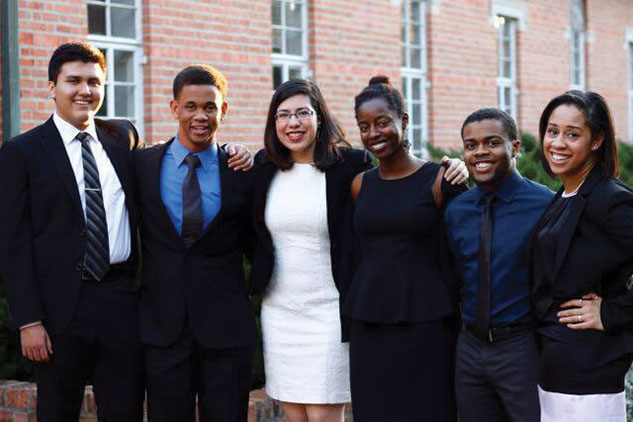 2015
SPEAKING UP, SPEAKING OUT
Because of the social climate and attitudes surrounding race relations in the country, students of color needed reassurance that their well-being and experience were being taken into consideration. Blaque Robinson and I founded the Students of Color Collective — which included James Carter, Katherine McElroy, Juan Valenzuela, Sydney Night and Gabriela Barrios. Together, we invested long, stressful days devising improvements that could be made to make our campus more accommodating to the needs of students of color. With the help of an attentive administration, we are and were able to make changes. Currently, the school has clarified the presence of financial aid for undocumented students, developed a new O-Week program and begun work on other initiatives. The journey isn’t over, as everyone knows, but I have no doubt that with the students and administration involved, more improvements will make the Rice experience all the more enjoyable to the entire student body.
— Jonathan Price ’16
Price is a campus missionary intern with Rice Baptist Student Ministries.

2016
A series of events commemorating and celebrating 50 years of black undergraduate life at Rice kicks off in January with a candlelight vigil marking Martin Luther King Jr. Day, hosted by the Black Student Association.

2016
“A year into my arrival on campus, there was a celebration of the 40th anniversary of the first black student at Rice. Such a welcoming campus, so many happy faces — how could it have only been officially integrated since 1967? I realized that the welcoming environment I perceived at Rice had developed quite recently, through trial, error and success. This is testimony to the ability that institutions have to change. What impact did a brief period of integration have on students? I realized that I was asking the wrong question. A better question is: what impact did black students have on the institution? The answer was all around me — a more welcoming, complicated environment that became better and richer with every passing year, and with every new generation who matriculates and graduates. It’s a privilege to be at an institution that celebrates that complexity and allows it to be woven into its fabric.”
— Jenifer Bratter
Bratter is an associate professor and graduate program director in sociology and the head resident fellow at Duncan College. 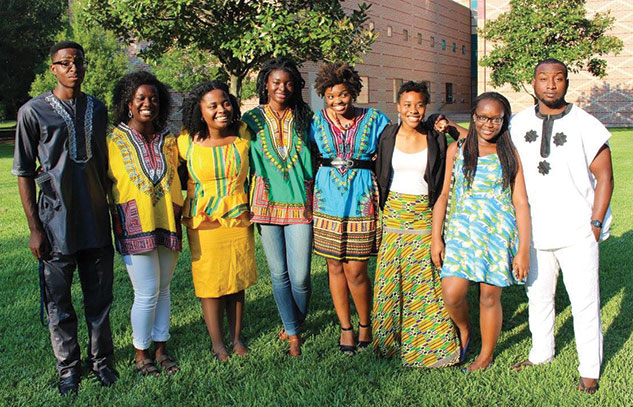 2016
“My older sister went to Rice, so naturally it was the last place I wanted to be. Ironically, it was the perfect place for me to end up. The growth I’ve experienced at Rice, as a student and a leader, is immeasurable. That growth started when I connected with the Black Student Association as a freshman, and my peers forced me to see that I was capable and qualified.”
— Aislyn Orji ’18
Orji is a kinesiology and sociology major, a Martel resident and the 2016–2017 president of the Black Student Association.

2016
After five years of working and living among Rice students, I am convinced that you are the active repudiation of much of what is wrong in the world, that you are absolutely the repudiation of what most ails American history. … You are an amazing collection of people, from all corners of the country and the world, of various races, ethnicities, religions, nonreligions, sexes, genders, sexual orientations. As a group, you are a sort of people that 100 years ago in this corner of Houston, we would not have had good reason to believe could be collected in one place without violence. One remarkable aspect about this community, about your community, is the way that it does not demand out of its difference, a compliance. This community is remarkable for the way it embodies the script on the Great Seal of the United States. This embodiment is apparent, I know, in the ways that you live together, but also in the demands that you make of one another.
— Alex Byrd ’90, addressing students during Rice’s 103rd Commencement exercises, May 14, 2016
Byrd is an associate professor of history at Rice. He recently completed his term as college master at Wiess College. 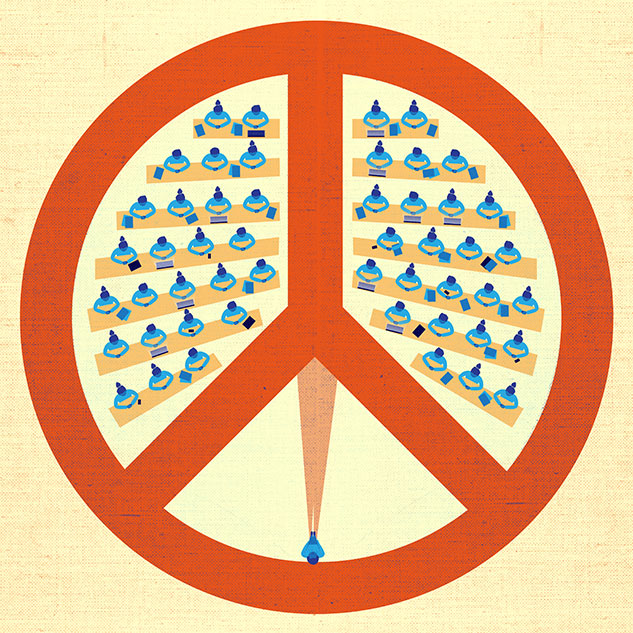 Many quotes in this feature were drawn from “Young, Gifted and Black: Reflections From Black Alumni at Rice” (2012, Mouth Watering Media) as well as from alumni surveys collected by the Association of Rice University Black Alumni and Rice’s Office of Multicultural Community Relations. Other quotes and timeline events were solicited directly from alumni or drawn from Fondren Library holdings, including “A University So Conceived: A Brief History of Rice University” (4th revised edition, 2012) by John B. Boles ’65, “Desegregating Private Higher Education in the South” (Louisiana State University Press, 2008) by Melissa Fitzsimons Kean ’00 and the online student presentation “Rice University Between Decisions: From Co-Education to Integration” (1957–1970), as well as Rice News articles and the Rice Thresher archives. We would like to acknowledge the kind assistance of Melissa Kean, centennial historian; Akilah Mance ’05; Alan Matusow, professor emeritus of history; and Jan West ’73, assistant director of Multicultural Community Relations as well as the many alumni who agreed to be quoted here.