Gifted and Black: Finding Our Way

Gifted and Black: Finding Our Way 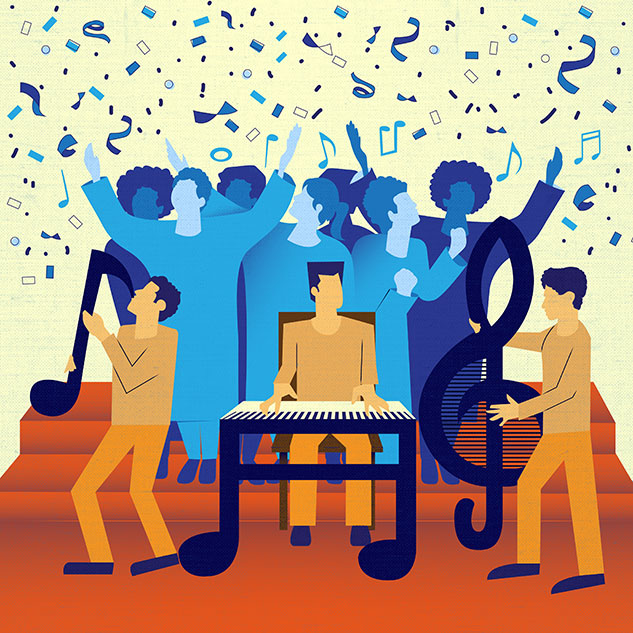 1980
“My dad wanted to go to Rice in the 1950s but wasn’t allowed. He said that since I got into Rice, I should attend. My most significant friendships have been from my experiences at Rice. I am a proud graduate!”
— Wanna Hadnott ’84
Hadnott lettered four years at Rice as a member of the women’s tennis team and served as the team’s co-captain. Today, she is an HR manager in Houston and remains very active in Rice alumni activities.

1985
The Gospel Choir, which later becomes the Melodious Voices of Praise, is founded by students to express their profound connection to the black church and its unique musical style while also connecting with other gospel choirs in Houston. Rice staff member Sharon Bush serves as adviser and pianist for over a decade. After her death in 2012, the Black Student Association and the Office of Diversity and Inclusion each create awards to honor her legacy at Rice and in the community. 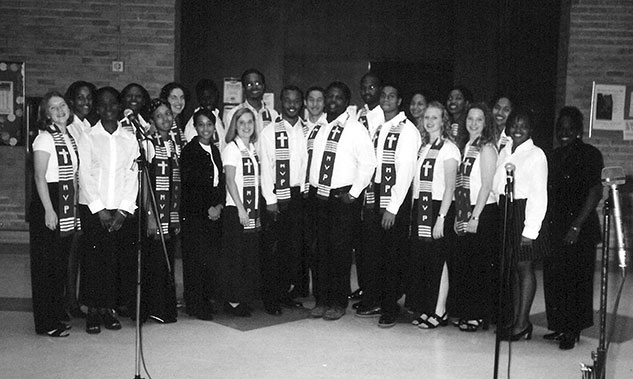 Melodious Voices of Praise in 1999. Courtesy of June Marshall

1985
SUPPORT FROM STAFF
The Rice staff I encountered as often as I did the sun helped me grow personally and professionally during my undergraduate years. I still cherish the kind words and advice I received from Ms. Jean, one of the custodians who greeted me almost daily as I headed to class from Jones College. One day, early in my freshman year, she inquired about my major and career plans. I proudly affirmed that I was double-majoring in French and English and planned to work for the United Nations. She listened and then added, “Well, while you’re on your way, you may want to pick up a teaching certificate.” I am still “on my way,” fully equipped with a career in education that now spans three decades. Ms. Jean’s kindness was duplicated by various staff members whom I met through work-study jobs. My experiences with Jean Louis Menin, the language lab director, were especially meaningful. As Jean Louis was a native French speaker, my French language skills were reinforced by his conversations with francophone professors, students and visitors who stopped by to request materials. Jean Louis’ concern for me surpassed my work assignments. When I encountered a housing crisis while studying in France, he encouraged relatives to open their home to me. Certainly, my professors helped me cultivate my gardens, but Rice staff members most assuredly helped them grow.
— Karen Kossie-Chernyshev ’85
Kossie-Chernyshev is a professor of history at Texas Southern University. She was the first African-American to earn a Ph.D. in history at Rice, in 1998. 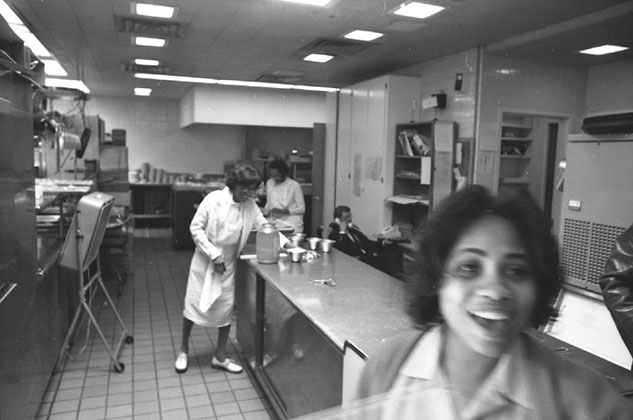 1986
Rice wasn’t nearly as diverse a place as the high school that I’d gone to. I went through O-Week in a fog. That first semester, I just did horribly. The population of African-American student–athletes was much bigger than African-American nonstudent athletes. Quite often, I was mistaken for a student–athlete. Some of my experiences going into a professor’s office after hours, on more than one occasion, involved having them ask me, ‘Have you talked to the folks in the athletic department about tutoring?’ No, I haven’t. And thinking to myself, even if I did happen to be a student–athlete, isn’t that part of the college experience, that students and professors build a relationship? Ultimately, I got what I wanted to get, but it was a hard row to hoe. Rice was like coming through the crucible.
— Terrence Gee ’86
Gee was the first African-American to make partner in the Houston office of Accenture and is the founder of Trilogee Venture Partners, a private equity firm. He volunteers with many Rice initiatives.

1987
GREAT GRAND-PARENTS
I grew up in the Fifth Ward, raised by my great-grandparents. It was near here, but a world away. All of my neighbors were aunts and uncles, even though we weren’t related at all. I was accepted to the High School for the Performing and Visual Arts, and I applied to Rice early decision. Receiving a letter of acceptance to the best school in Houston and Texas, and which allowed me to be near my great-grandparents, seemed like a no-brainer to me. My great-grandfather (Daddy) drove me over for move-in and orientation. I remember my great-grandmother (Mama) standing on the porch, and she cried and cried. And she never saw the campus until the day I graduated. Daddy didn’t live to see me graduate. 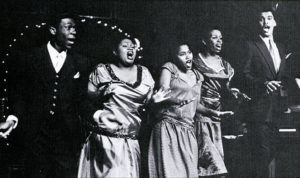 There are so many challenges at Rice, you don’t need people challenging you on just the idea of whether you belong, period. Did I get that feeling from a couple of faculty members? Yes. And that felt really odd. Ninety-five percent of the people I interacted with here at Rice always reinforced that I belonged. I was part of the first all-black theatrical production on campus. I was lucky to have a great mentor here at Rice; he took us over to his house, sharing so many history stories. John Boles ’65 had me thinking that there’s a reason why I’m here and that I have someone in my corner.
— Tamara Siler ’86
Siler is the senior associate director and coordinator of minority recruitment at Rice. She continues to participate in theater and has more than 70 stage credits.

1987
GIRLFRIENDS
I grew up in Fort Worth. Went to a college prep school, played field hockey, played in the band; of my class, about five of us were African-American. … Now this is what’s funny to me. When I came during Owl Week, there was a party that the Black Student Union threw. I was like, ‘Wow. Look at all these black students: I’m going here.’ Little did I know that that was all of them, right there, that night, in that little bitty room. 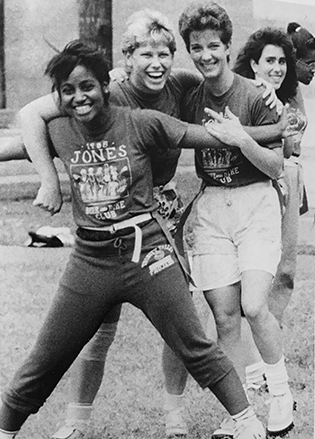 My girlfriends are called the Jones girls, still today. My freshman year, they’re on the elevator, and they’re about to go to their room. And I say, ‘Hey, what are you guys fixing to do?’

‘I’ll go get my rollers and come with you!’

I think that I gravitated to the African-American students, because it was the most that I had been around. So, it never seemed like I was isolated. … I felt like: I’m doing something that a lot of people haven’t done, so it’s important that I do a good job, so that others can come behind me and have the opportunity.
— Angela Ravin-Anderson ’88
Ravin-Anderson was the founding president of the Association of Rice University Black Alumni. She is an ordained minister in Houston.

1988
The Office of Multicultural Affairs is founded to coordinate and implement educational, cultural and social programs designed to emphasize inclusiveness and respect for diversity. Since its founding, the office has been led by Catherine Clack, associate dean of undergraduates.

1988
“I started my professional practice with two architects that I met at Rice. Our fledgling office got on its feet with the generous support of another RSA alumnus. Several years before that, it was the Rice preceptorship program that brought me to New York, where I have made my life and career.”
— Leslie Neblett ’86
Neblett received a B.A. and a B.Arch. in 1988. She is a principal at LNA+D in New York. 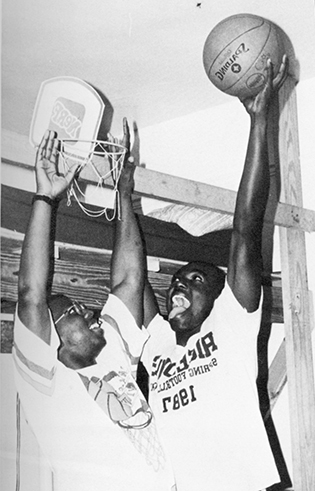 Donald Bowers, left, plays one on one with Courtney Craven, 1988. Courtesy of Rice Campanile

1991
ATHLETICS AS A SMALL WORLD
“My first year here, I put in a lot of extra study time. Despite all my best efforts, I had a B average. I had to get comfortable with what success meant to me. I didn’t realize it, but I was a nerd already … I was just an athlete nerd, so being part of the Rice community was easy. But there was a certain element of Rice that had questions about athletes being here, period. It always amazes me today when I meet someone who was at Rice the same time I was, but because my world was so small, I didn’t know them.”
— Donald Bowers ’91
Bowers is an executive with the Dallas Federal Reserve Bank.

1992
I formed long-lasting friendships. I also think Rice was my most challenging academic environment. I knew if I made it through Rice successfully, I could succeed anywhere.
— Angela Joubert James ’92
James has a Ph.D. in pharmaceutical sciences and is a clinical pharmacologist in oncology drug development at Astellas Pharma US, Inc. 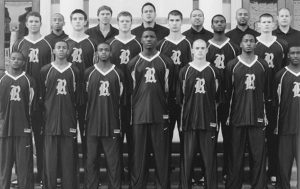 1992
Willis Wilson ’82 becomes the first African-American head coach at Rice. As the basketball coach from 1992 to 2008, he led his team to three National Invitation Tournament appearances. He now is the head basketball coach at Texas A&M University at Corpus Christi.