In the first weekend of October, we celebrated 50 years of black undergraduate life at Rice. It was a joyous and passionate celebration, but a celebration that had its origin in historical wrong. 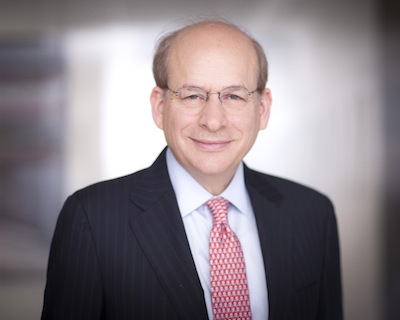 One hundred and four years ago, our university began a journey. It began with a grand and ambitious vision — a vision of a great university in Houston. But it also began with a deep flaw, an odious flaw, a flaw which excluded deserving people from the benefits of that institution. Only after more than half a century, as the university faced various pressures, did it move to integrate by seeking a change in its founding charter. We now celebrate the extraordinary contribution that our black students and graduates have made over that time, but we cannot do so without acknowledging first the terrible wrongfulness of what preceded that change.

Just a few years before the integration of Rice, President John F. Kennedy came to speak on the space program at Rice Stadium. In my favorite passage from the speech, he asked: “But why, some say, the moon? Why choose this as our goal? And they may well ask why climb the highest mountain? Why, 35 years ago, fly the Atlantic? Why does Rice play Texas?”

Vice President Joe Biden recently quoted those words in a speech at Rice on the Cancer Moonshot initiative. That endeavor and those cited by President Kennedy are challenges of technology and physical prowess. But the aspirations expressed are no less applicable to broader societal challenges we face. As Martin Luther King Jr. wrote, “Every step towards the goal of justice requires sacrifice, suffering and struggle.” Realizing the justice referred to by King is hard, and it was hard for him and others to march in pursuit of that cause through the streets of Selma. Reducing inequality is hard, as it was for Rosa Parks to take a seat at the front of the bus. Achieving educational equity is hard, as we know from the experiences of the Little Rock Nine or James Meredith at the University of Mississippi. But we must choose also to pursue these goals, not because they are easy, but because they are hard, and they are just, and we are unwilling to postpone them.

A half-century ago, the first African-American students chose to come to Rice. They did not choose to come to Rice because it was easy. In Houston and at Rice, people did advocate for racial equality and equal opportunity. They did not do so because it was easy, but because it was right. And for those first students who came to Rice — Raymond Johnson as a graduate student and Jacqueline McCauley, Charles Edward Freeman III, Linda Faye Williams and Theodore Marshall Henderson as undergraduates — it was hard, even if many in the Rice community welcomed and supported them.

This year, we celebrate 50 years of black student life. We remember those who chose 50 years ago to do what was hard, but so clearly right. And we celebrate our commitment to continue to do the hard work of building a diverse and just society in which all have a chance to experience and benefit from the extraordinary opportunity that Rice provides.

The weekend culminated in a gala dinner titled “Blueprint for Excellence.” As I looked out across the audience, populated not only by African-American students and alumni, but also by many others there to support this milestone, it was clear that we would be so much poorer a community without these students, faculty and administrators. We would have contributed so much less to our world without these graduates of Rice. Diversity is indeed a part of the blueprint for excellence, and we at Rice are committed to that blueprint.

In his 1965 speech on the steps of the capitol in Montgomery, Ala., Martin Luther King drew on the words of Theodore Parker, a Unitarian minister, from a century earlier: “The arc of the moral universe is long, but it bends toward justice.” I like to think it bends as well toward a shared joy in the diversity of humanity.

It often seems, in light of the news that assaults us each day, that this must be a naïve belief. I wish every member of the Rice community could have attended this half-century milestone to see for themselves the joyfulness of that celebration. We are a vastly different university than we were when our first black students arrived, and indeed are often recognized as among the most diverse universities in the country. There is of course a great deal of work that remains to be done. We can all be inspired by what has been gained as we resolve to accept the challenges of achieving justice and equality, and to continue to do those things that are hard.