This May, Rice students hiked and snorkeled their way through the rain forests and coral reefs of Belize as part of an intense tropical field biology course led by two of Rice’s intrepid biology professors. On the syllabus: observing and collecting data, blogging and recording, and perhaps most important of all — adapting to whatever happened next. 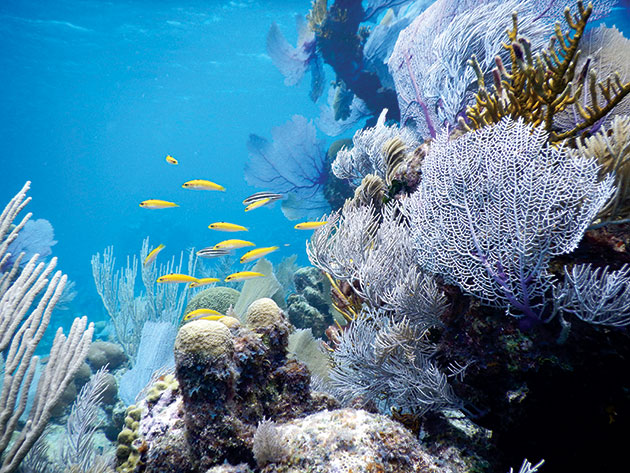 The trouble started with an unsettling sound every time our driver, Hugh, put his foot on the accelerator.

We were at least an hour from our destination, a remote rain forest research station called Las Cuevas, located deep inside the Chiquibul Forest Reserve near the Guatemalan border. Perhaps the 17 of us — 14 Rice undergraduate students, two instructors and Hugh — were more than the 15-person van could handle, especially while pulling a trailer loaded with all the gear we needed for a two-week tropical field biology course. When the students signed up for the summer session course, Tropical Field Biology, we had promised that they would learn what it’s like to be a biologist working in remote sites in Central America. They were about to get their first lesson.

The sound was getting worse but Hugh kept the van moving steadily forward until we came around a bend where Tapir Camp, a ranger station, came into view. Hugh and I hopped out and checked the transmission fluid. It was dry. Hugh shook his head, looking at the rough dirt road ahead and then back at the overloaded van. “We’re not going anywhere.” 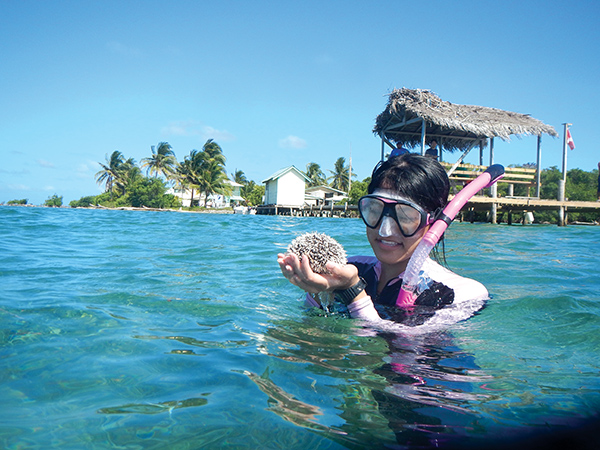 I broke the news to my co-instructor, Adrienne Correa, lecturer and laboratory coordinator in Rice’s ecology and evolutionary biology program. This was the fourth year that we had taught the two-week field course together, and we had come to expect the unexpected. However, being stranded in the middle of the jungle on the first full day of our trip would throw off our plans for the rest of the day, if not longer. How would the students react?

Adrienne opened the van door, anticipating disappointment, if not mutiny. Instead, the students proved they were already on their way to becoming resilient field biologists. “If we are stuck here, can we do lectures?” asked sophomore Megan Siemann. So we found ourselves sitting on the dirt road in the midday sun while Ella Matsuda, a junior biology major, delivered an impromptu lesson about termites.

Two weeks is not nearly enough time to learn about the two most biologically diverse environments on earth — tropical rain forests and coral reefs — both of which we would visit. So students prepare by researching organisms, like amphibians or soft corals, in advance and sharing their knowledge. In Belize, they also learn how to design experiments, collect and analyze data, and effectively communicate their results — much like a lab course back on campus. But in the field, they also learn to be flexible when plans change, to solve problems creatively and to live without modern comforts like air conditioning or high-speed internet — lessons not so easily learned in a classroom.

When Ella’s talk concluded, we learned that help was on the way. Soon, we loaded our gear into pickup trucks and piled inside for the rest of the bumpy ride to Las Cuevas. The station gets its name from a cave that serves as a water source. It served the same purpose for the ancient Maya, whose ruined structures became the mounds of limestone boulders overgrown by the jungle surrounding the station. 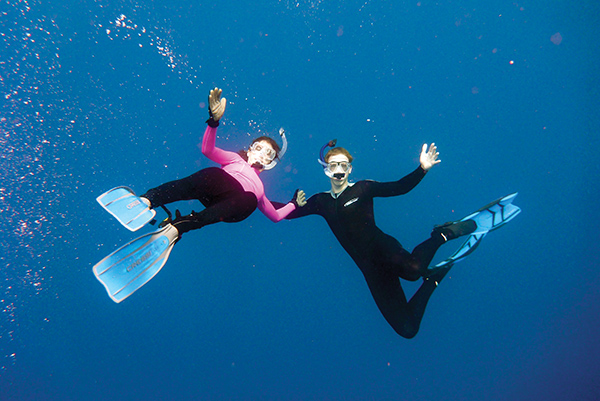 Jenny Groover ’13 and Jordan Rothfeld ’15 pause while exploring the depths near Glover’s Reef in 2012. Photo courtesy of Scott Solomon 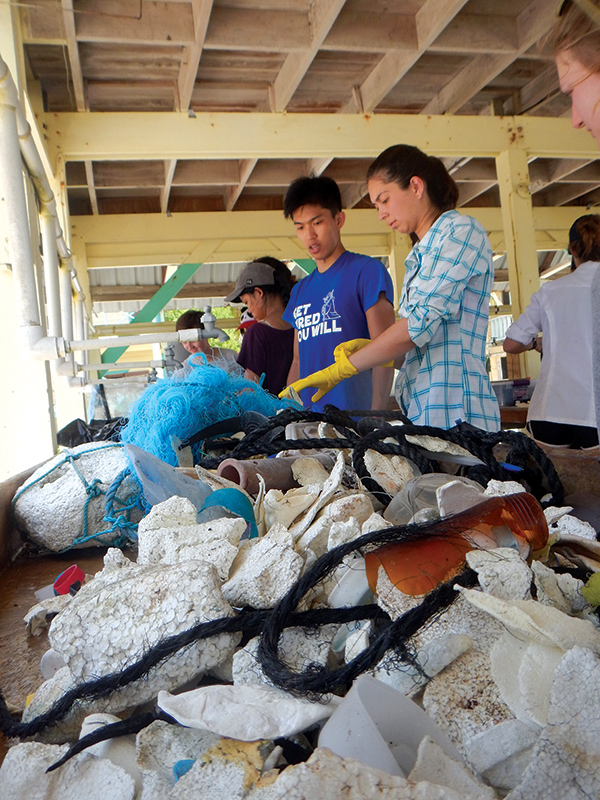 Students measure the amount of trash that washes up on the shore of Middle Caye. Photo Courtesy of Scott Solomon

Adrienne, an expert on corals, likes to point out that the limestone was formed long ago by the same types of reef-building creatures we would later see alive on the reef. Similarities between rain forest and reef slowly become apparent. Both environments contain an astonishing number of species despite lacking nutrients; both depend on organisms that use sunlight to build complex structures — trees in the forest, hard corals on the reef — that create a habitat and food for other species; both face threats as desperate people illegally exploit their natural resources.

Most students who take the course are ecology and evolutionary biology majors. For many, it is their only opportunity to conduct research in a natural environment. But for others, like senior Grace Cullinan, it is just the beginning. Grace took the class last summer and joined this year’s course to collect data for her senior thesis project on the interactions between Christmas tree worms and corals. When our group arrived on day No. 9 at Glover’s Reef Research Station — located on an island 28 miles from the coast — Grace already knew exactly where to go. Much of our research at Glover’s Reef occurs in the calm, shallow waters adjacent to the tiny island. Thanks to her prior experience, Grace collected all the data she needed in just five days. 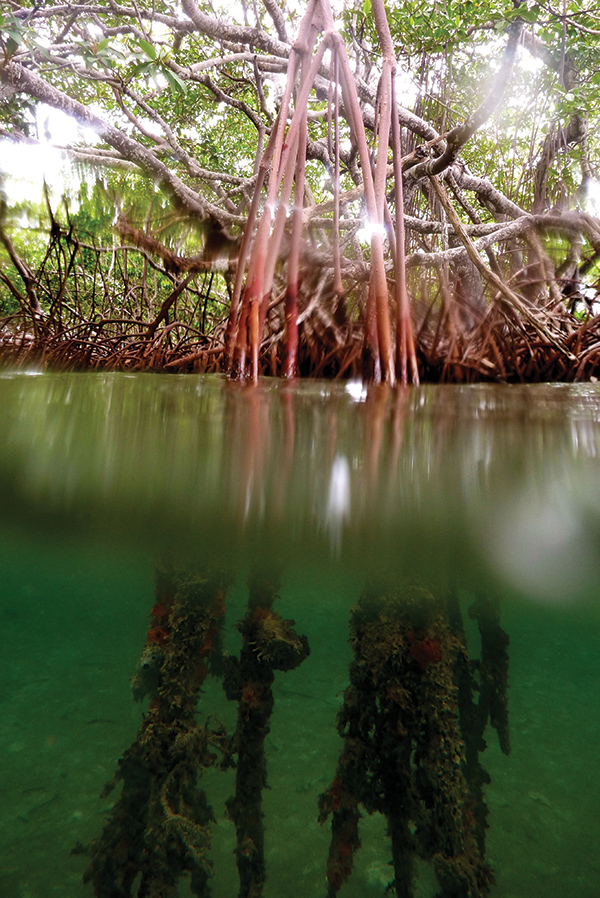 Mangroves are key habitats for many marine species, including sponges that
cling to their roots beneath the water’s surface. Photo Courtesy of Scott Solomon

One of this year’s students, junior Lucrecia Aguilar, hopes to follow Grace’s example by returning to Belize next year to do independent research. Lucrecia’s dream is to study big cats, which she got to try in our field experiment with motion-sensitive “camera traps.” Checking the photos is always exciting, but having an aspiring cat biologist among us upped the anticipation. After dozens of disappointing pictures of swaying twigs, suddenly there it was — an ocelot. The entire class erupted with cheers, and Lucrecia was beaming. 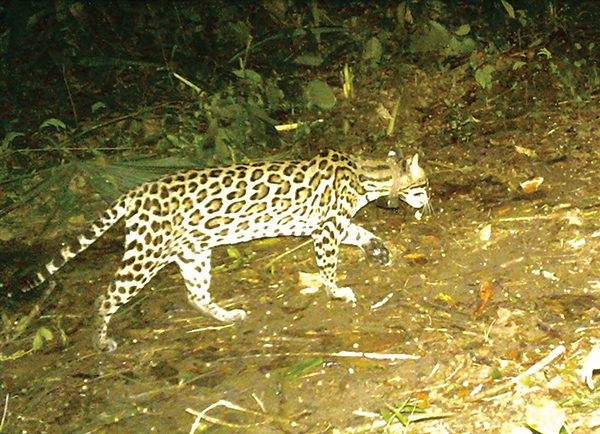 An ocelot caught by a “camera trap” during a nocturnal outing. Photo courtesy of Scott Solomon

In contrast with students who already have a deep interest in tropical ecology, it was less obvious what Randy Zhang, a senior electrical and computer engineering major, would get from the course. Yet Randy became one of our most enthusiastic students; he was always the first one up for predawn bird-watching and brought a unique perspective to our group discussions on tropical ecology research. By the end of the course, Randy was inspired. He had a list of ideas for improving electronic devices used in field biology, like camera traps, that he hoped to pursue for his senior design project.

Seeing students become inspired, develop an appreciation for the diversity of life or simply learn to be adaptable makes teaching this course an absolute joy. Often, such transformations are apparent during the two weeks we spend with the students. This year, we witnessed junior Sam Gao turn his aversion to cockroaches into an appreciation that some might consider an obsession (we assured Sam that this is a good trait in a tropical field biologist). But sometimes we only learn about the true effect on students after returning home. In his final course blog post, Sam wrote, “I feel that being in the Chiquibul Forest and Glover’s Reef has not only informed me knowledge-wise about these two diverse ecosystems, but it has also changed me spiritually.”

As hard as I try, I doubt my courses back in Houston will ever have such a profound effect.

Scott Solomon is professor in the practice inbiosciences at Rice and a resident associate at Baker College. He is the author of “Future Humans: Inside the Science of Our Continuing Evolution,” forthcoming from Yale University Press (October 2016).