Night Owl: Pouring It On

Night Owl: Pouring It On 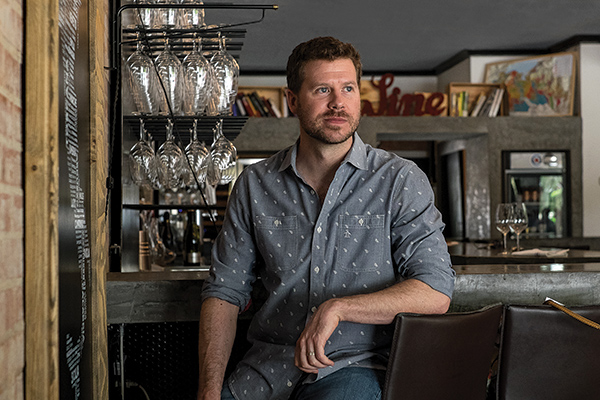 Before pouring a glass of wine at Camerata, the intimate wine bar he co-founded in Houston in 2013, David Keck ’09 gives the glass a quick sniff. “This is Houston — our water is terrible.” To keep its stemware clean, Camerata uses a water purifier and a deionization tank. But just in case, Keck sniffs every glass. “If there’s something wrong with the glass, the last thing I’d want to do is pour a delicious wine into it. It’s usually not an issue, but I prefer to check.”

That attention to detail is part of what makes Keck a master sommelier, a title given him recently by the Court of Master Sommeliers, the London-based body that certifies wine service professionals. This May, Keck was one of only three out of 63 candidates to pass the notoriously difficult three-part exam, which included a blind taste test. That puts him in an exclusive club of only about 250 master sommeliers worldwide.

Few candidates pass all three parts of the exam on the first try. Keck passed the theory and service portion in 2015 but failed the blind taste test, so he spent much of the past year studying. He was mentored by some of the country’s most legendary sommeliers, including Guy Stout of Glazer’s Distributing, who at the time was Houston’s only master sommelier. None of his mentors ever charged him, although Keck sometimes offered to replace the bottles of wine they sampled. 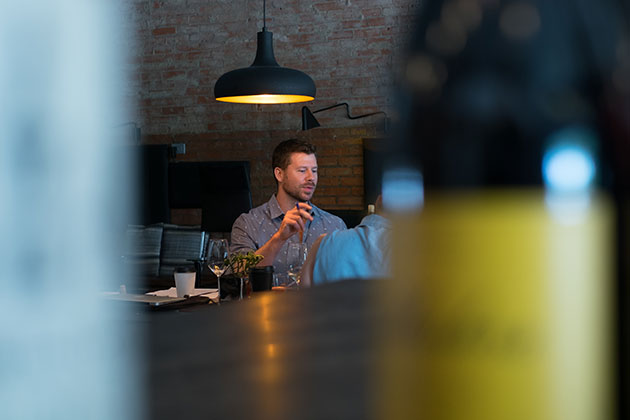 “It’s a huge part of what we do,” Keck said. “You have mentors and people who help you along the way, and then once you’re a master sommelier it’s about helping the next generation get over the hurdles.” From the beginning, Keck wanted Camerata to be an educational resource for his fellow wine professionals; most of the bartenders are aspiring sommeliers hoping to follow in their boss’s footsteps.

He didn’t always bleed Bordeaux, however. Keck’s first love was opera. A Vermont native, he studied music at Columbia University and Juilliard before becoming a professional singer, performing at opera houses around the world. He came to Rice in 2007 to study with Stephen King, a renowned vocal teacher and the Lynette S. Autrey Chair of Voice at the Shepherd School of Music. For his first master’s recital, he sang Dmitri Shostakovich’s rarely performed “Six Romances on Verses by English Poets,” accompanied by the Shepherd School Orchestra.

“I went to the orchestra with the idea to perform the work, and they were totally into it,” Keck recalled. “That was just a great experience.”

All along, Keck had maintained a secondary interest in wine, which he grew up drinking with his family. He worked his way through Columbia, Juilliard and Rice with bartending jobs, learning the industry from the bottom up. In Houston, he unexpectedly found himself in the epicenter of an exploding restaurant scene. “I finished my degree in winter 2009, which was right at the beginning of the food renaissance in Houston,” he recalled. “Uchi moved in, Chris Shepherd opened Underbelly, Pass and Provisions opened up. There was this landslide of wonderful food, so it was a great time to be in the wine business.”

Keck ultimately abandoned his opera career (the constant travel was a big turnoff) to become a wine buyer for several Houston restaurants, establishing a reputation for his discerning palate. In 2012, he was named the beverage director at the Uchi Restaurant Group, a chain of high-end Japanese restaurants with locations in Houston, Austin and Dallas. The following year, he partnered with restaurateur Paul Petronella to open Camerata, which Keck named after the Florentine Camerata, a group of artists and musicians in Renaissance Italy. 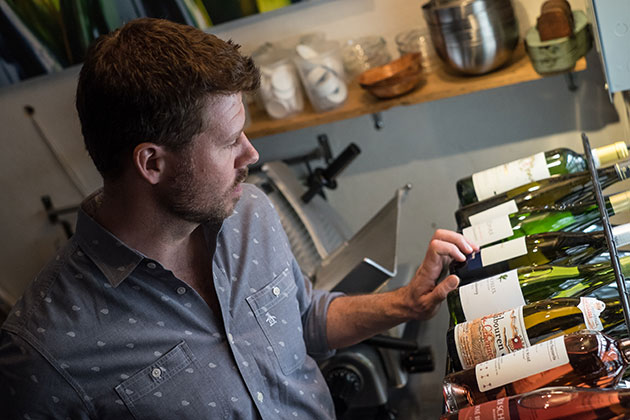 On a recent evening, Keck stood behind the bar, discussing a bottle of rosé from Clos Cibonne, a winery located in the south of Provence that Keck has visited. “They’re lovely folks,” he said. “They use large-format oak for their rosé, and it ages in these huge barrels under what’s called ‘flor’ — a bacterial growth like you find in sherry — that will sit on top of the wine and keep it from oxidizing but also eats all the sugar that might be left. It also lends it this kind of interesting savory, spicy character that’s very different from your average Provençal rosé.”

Keck rejects the idea of a sommelier as a rarefied arbiter of taste. “For most of the 20th century, the sommelier was basically the guy who came by in a suit and tie and tried to sell you the most expensive bottle of wine on the list,” he said. “It had a very stuffy connotation. For me, the most important thing is being humble and gracious, to serve your guest rather than pumping up your own ego. I think a good sommelier’s job is to provide the best beverage possible for whatever the customer wants to spend.”